crashed christmas dinner with dani's family in lebanon. notice my winged velociraptor kicking a soccerball t-shirt at the elaborate feast commemorating the birth of our lord and savior jesus christ. 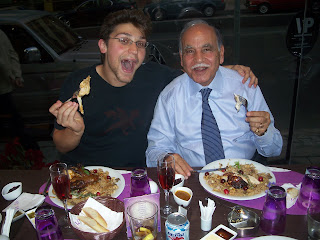 in case you don't know dani: her family brings out the inappropriate dresser in me. 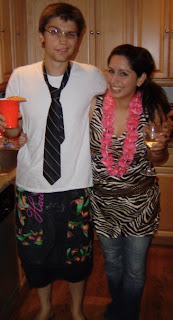 consumed a philadelphia cheesesteak in beirut. actually, amman was the ancient site of roman philadelphia. get with the program, arab sandwich vendors. 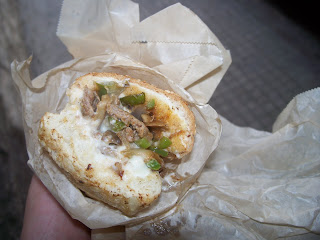 roasted chestnuts over an open fire. 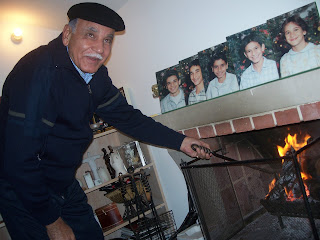 should have expected..
wheelies being popped. recycling programs. 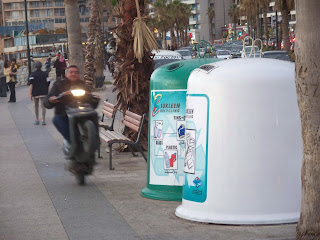 hmm what are those bullet hole-shaped holes in that building 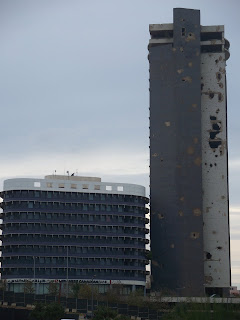 yum calamari, just gimme a sec while i thrash your dinner against some rocks
megachurches next to megamosques 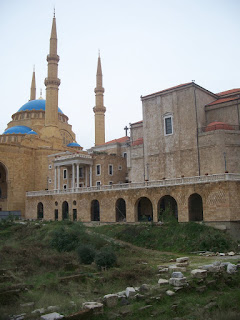 and megastores attempting to blend in with both 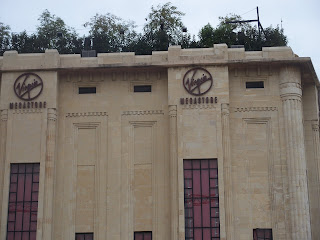 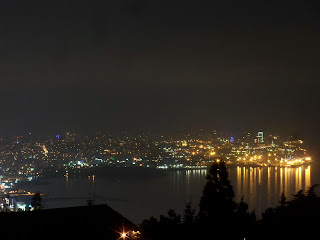 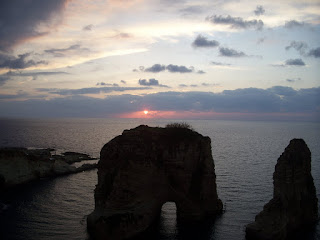 hopped over to visit huseyin and the turkish republic of northern cyprus. 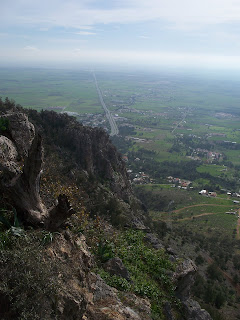 not yet internationally recognized, this mountainside taunt flag can best be seen from the greek side's president's window. 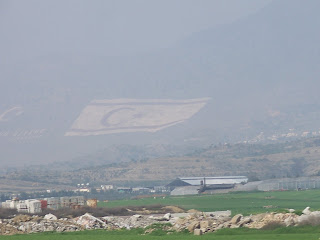 a cushy assignment for un peacekeepers.. 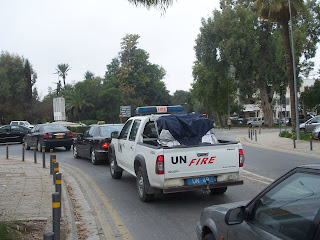 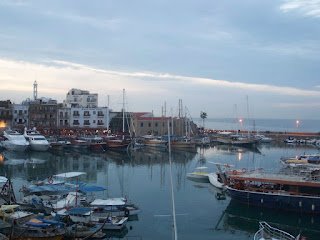 had some family time.. 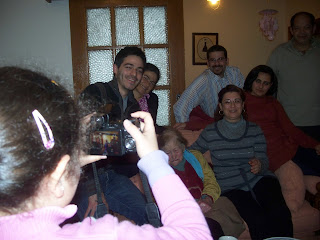 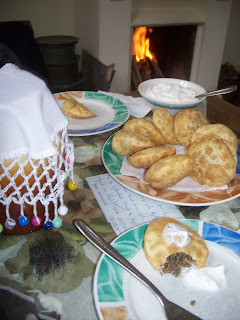 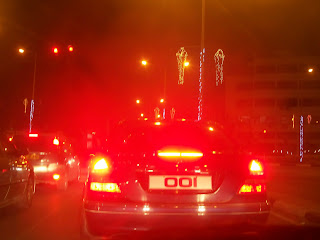 saw the bottom of the mediterranean.. 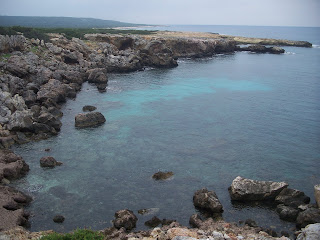 ..and the easternmost point in the european union.. 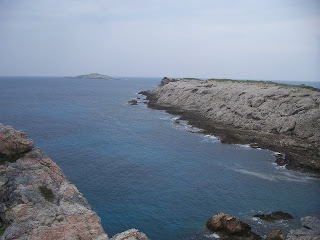 ..and yes, it's true what they say. the easternmost point of the european union is (zoom in) a donkey preserve. 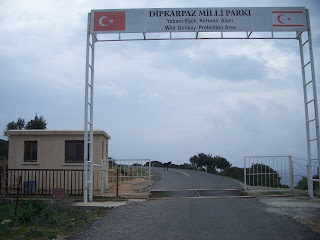 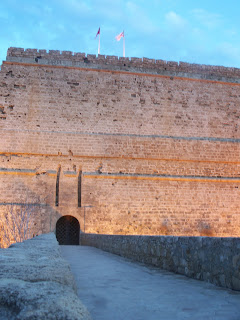 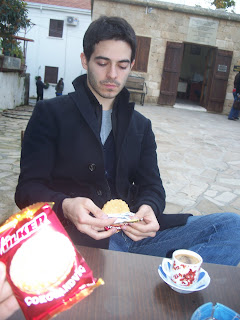 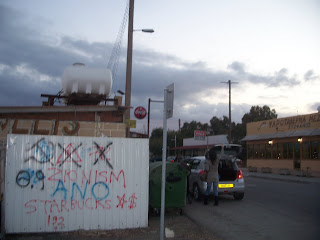 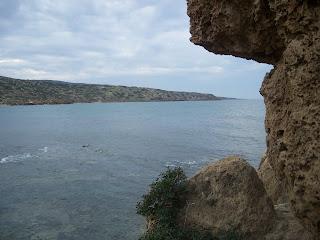 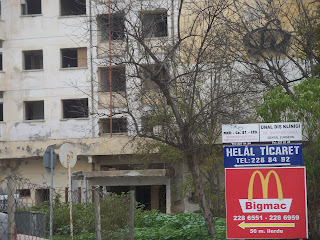 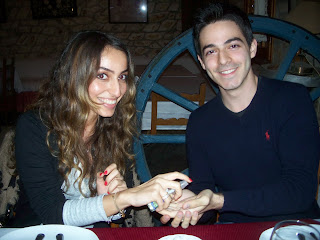 next to godliness
don't understand why anyone would leave. 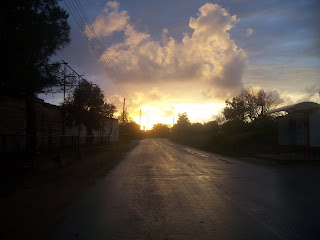 it's okay to occasionally "threaten a fact with a theory."

"my favorite being the hindus who refuse to eat beef even though they're starving."

"during droughts and famines, farmers are severely tempted to kill or sell their livestock. those who succumb to this temptation will be unable to plow their fields."

"more calories go up in useless heat and smoke during a single day of traffic jams in the united states than is wasted by all the cows of india during an entire year."

"the divine prohibition against pork constituted a sound ecological strategy."

"by placing a premium upon maximizing the number of combat-ready adult males, warfare obliges primitive societies to limit their nurturance of females."

"the yanomami have two words for hunger - one that denotes an empty stomach, while the other that denotes a full stomach that craves meat."

"the christian gospels fail to expound or even mention jesus' relationship to the jewish liberation struggle."

"the principal result of the witch hunt system was that the poor come to believe that they were being victimized by witches and devils instead of princes and popes...the witch mania was an integral part of the defense of that institutional structure."
12/31
Labels: lebanon, turkish cyprus
Newer Post Older Post Home