india is now home to more poor people than the entire sub-saharan africa region.
see this as a larger metaphor of the northeastern states and the american south.

can't believe how many people read my wikipedia articles. (1) (2)

adjusted to a standing desk.  also, in return for writing some code for them, consultants working with edf sent me a chocolate r. 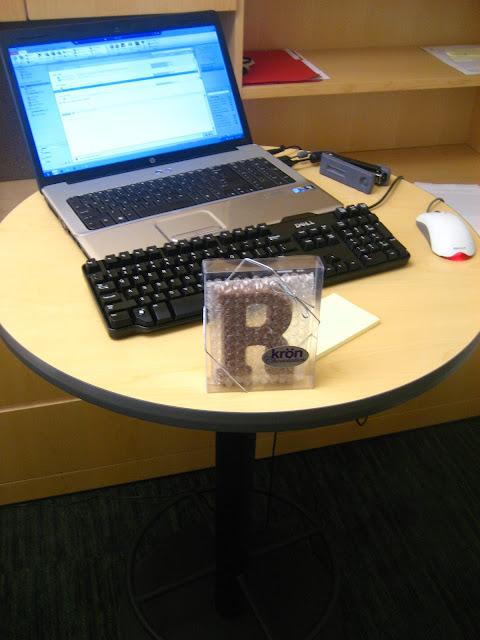 attended a fiesta at the costa rican embassy, both salsa lessons and mysterious spheres.

watched another lecture by the most intelligent person i know about the distinction between tragedy and evil, and the results of awareness of vulnerability.


the world of experience as it presents itself to us is literally and not metaphorically complex beyond our capacity to understand.  and that means that people deal in a real sense on an ongoing basis with the infinite.  and i believe that that fact is the reason why religious experience and belief is essentially endemic to mankind.  it's a human universal.  and it's not because people believe.  it's because human existence as such consists of a confrontation between the finite and the infinite.  and religious systems merely take that into account.

insufficiency is built into human experience

without limitation there is no being

if there was nothing out of your reach, there'd be nothing to do

evil is differentiated from tragedy by its lack of necessity and its volunteerism
ran eight instances of r at once.  to tile windows automatically like this, use the task manager. 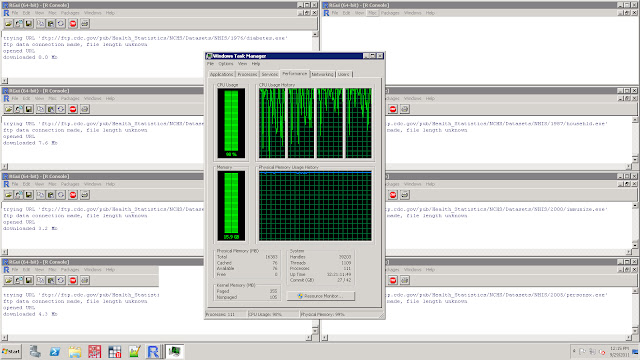 created a program that loops through every data set in every year (1963 - 2010) of the national health interview survey, downloads the file, and then converts it to a csv and stata file. works well with last week's documentation-grabbing script.

drove over to chincoteague island with dad for the weekend.

woke up to watch sunrise both mornings, he was grateful my camera's in the shop.

finished up a new song with curtis, to accompany an old film de miguel.

unearthed my favorite karl marx quote, "the idiocy of rural life."  a winner both standalone and in-context.

am disappointed criminals' facebook interests and status updates are now making front page news on the financial times.  if you don't have anything important to say, don't say it.

read why nothing works, © 1980 the original freakonomics.  the table of contents says it all.  not his strongest book, but a few neat ideas about american oligopoly..


four or fewer companies dominate 99 percent of the domestic production of cars, 92 percent of flat glass, 90 percent of cereal breakfast foods, 90 percent of turbines and turbine engines, 90 percent of electric lamps, 85 percent of household refrigerators and freezers, 84 percent of cigarettes, 83 percent of television picture tubes, 79 percent of aluminum production and 73 percent of tires and inner tubes.
when economists measure productivity, they make absolutely no provision for the quality of what is produced.  if five million new toasters, vacuum cleaners, and sewing machines break down each year, the cost of repairing them is not subtracted from the dollar value of the manufacturing sector; rather it gets added to the output of the service sector.
..the roots of change..
what..caused the baby boom? ... fourteen million ex-members of the armed forces-mostly young unmarried men-became eligible for substantial severance bonuses, cheap life insurance, guaranteed low-cost mortgages, and tuition and monthly stipends for education with dependency allotments..these programs temporarily shifted a considerable portion of the actual and anticipated costs of getting married and of rearing children from the nuclear family to the federal budget.
the unions were once one of the great bastions of antifeminism: the men who ran the unions wanted women to stay home for the same reason they wanted blacks to stay on the farms and immigrants to stay across the ocean-to force up the price of labor.  for unionized men a worker's wage had at least to be "sufficient to keep his wife and children out of competition with himself."
..and the inseverability of eternity and necessity.
the human quest for ultimate meaning is a formidable force in history, but it rarely if ever exists apart from, above, beyond, or in opposition to the quest for solutions to practical problems...hindu believers were far more interested in praying for the rains to come, for their sick child to get well, and for their cow to have calves than in achieving transcendental bliss through meditation.
wrote an r script to loop through an ftp site and download its entire contents.

finished up two reports about the medicare advantage marketplace, on enrollment and special needs plans.

would need about eight earths if everyone lived like me.  societies crumble about once in a lifetime and we're past due.

read the collection of essays, abraham lincoln and the second american revolution.  a fresh perspective on the stakes..


this republic was a fragile experiment in a world of kings, emperors, tyrants, and theories of aristocracy.  if secession were allowed to succeed...it would set a fatal precedent by which the minority could secede whenever it did not like what the majority stood for, until the united states fragmented into a dozen pitiful, squabbling countries
..and the outcome.
the united states went to war in 1861 to preserve the union; it emerged from war in 1865 having created a nation.  before 1861 the two words "united states" were generally used as a plural noun: "united states" are a republic."  after 1865 the united states became a singular noun.
in 1860 the south's share of national wealth was 30 percent; in 1870 it was only 12 percent.
abraham lincoln played a crucial role in the historic shift of emphasis from negative to positive liberty.
negative liberty..can be described as freedom from.  positive liberty can best be understood as freedom to...freedom of the press is generally viewed as a negative liberty-freedom from interference with what a writer writes or a reader reads.  but an illiterate person suffers from a denial of positive liberty; he is unable to enjoy the freedom to write or read whatever he pleases, not because some authority prevents him from doing so, but because he cannot read or write anything.
revolutions never go backward
9/15/11

think the result of 111,111,111 squared is beautiful.  also, have you seen this complete map of tic-tac-toe moves?  wonder when they'll do this for chess.

deferred the phd coursework.  no time for three years of two days a week of this scene right now. 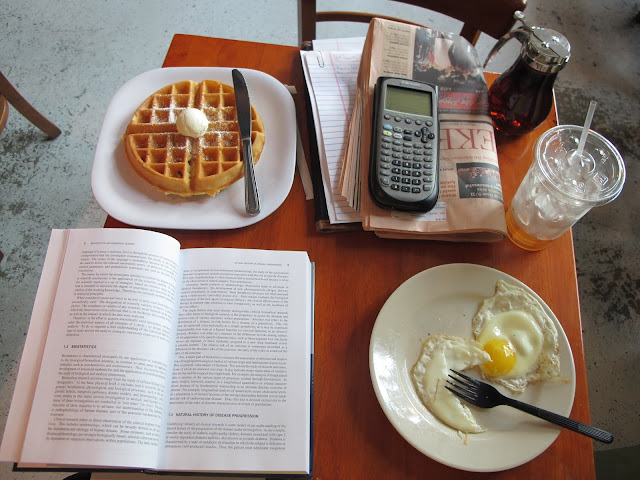 
in science, the evidence leads to the conclusion; in the courtroom, the expert's conclusion comes first and becomes the legal evidence.
there is no reason that science in the courtroom cannot be as reliable as science elsewhere.
..as influenced by the media, the public, and political institutions..
instead of presenting a complicated health story, the media simply generated outrage.
caveat emptor should not be the watchword of the fda
it's as though americans said to medical researchers, "tell us what we should and shouldn't eat, which vitamins to take, and how much to exercise, and don't bother us with how you found the answers or how sure you are."
..and reminders of what science needs to be.
the 1989 press conference of stanley pons and martin fleischmann, two chemists at the university of utah who claimed that they had attained cold fusion, is an example of the hazards of short-circuiting the peer-review process.
each study should therefore be considered a part of a mosaic of information that taken together yields the answer to a scientific question.
comparing the size of an effect with the probability that a given finding isn't due to chance is comparing apples and oranges.
although there are statistical methods for neutralizing confounding variables, they are not perfect, and they are of no use whatsoever unless the confounding variables are known and measured.
caution is what inconsistency teaches scientists

watched two more videos by jordan peterson on the importance of trust..
speaking to an interviewer:  you're a complicated creature, as a biological organism.  your capabilities span the range from mother theresa to hitler, fundamentally.  and if i have to deal with all that complexity every time i'm interacting with you, i'm not going to have any energy left over to do anything productive...if you say something and then you do it, i can take you at your word and that makes our interactions productive.
..and on reality and the sacred.
the absolute is the sum total of everything.  so if you think about things in their most unbounded possible form, if you think about things in their infinite number of potential variations, you can think about that as one pole of reality.  it appears clasically that people have regarded their encounters with the absolute - which is all those multiple levels of being that are beyond your perceptual capacity - as equivalent to an encounter with god.

st. george is a different kind of individual.  when the walls come crumbling down - as they always do - he decides to go out and confront the dragon.  now dragons are very strange creatures, as you may have already noted.  first of all, they don't exist.  second of all, they have very weird propensities.  so, for example, they hoard gold.  and they tend to trap virgins in their lair, which you will also admit is very strange behavior for a reptile.  now the idea behind this is..the thing that lurks underneath.. it means that the things that terrify you contain things of value..it means something else as well.  it means that the individual man who's likely to go out and confront chaos when tradition is crumbling is more likely to find a mate.

i often ask my clients to do this.  i say, watch your life for a week, and pretend you don't know who you are - because you don't know who you are.  at all.  what you understand most about yourself are the arbitrary presuppositions that you use to hem yourself in.  and you act as if those presuppositions are true, so that the revelation of the full nature of your character won't terrify you..if you watch yourself for a week, you'll see certain things, you'll see some of the time that you're resentful and annoyed..some of the time you'll be bored..and some of the time you'll actually be engaged in life.  and the times that you're engaged in life, you won't notice that you're there.  the distinction between subject and object disappears when you're engaged in something that you find meaningful.  the purpose of life, as far as i can tell from studying mythology and studying psychology for decades, is to find a mode of being that's so meaningful that the fact that life is suffering is no longer relevant..and i would say as well that people know when they're doing that.  you know when you're doing that in part because you're no longer resentful, you think, geez i could do this forever.  there's a timelessness that's associated with that state of being.  from a mythological perspective, that's equivalent to brief habitation of the kingdom of god.  that's the place where you are that's so meaningful that it enables you to bear the harsh preconditions of life without becoming resentful, bitter, or cruel.

life can be meaningful enough to justify its suffering.