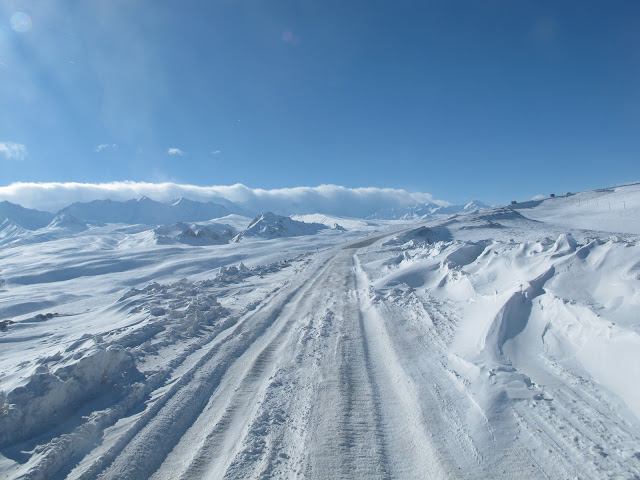 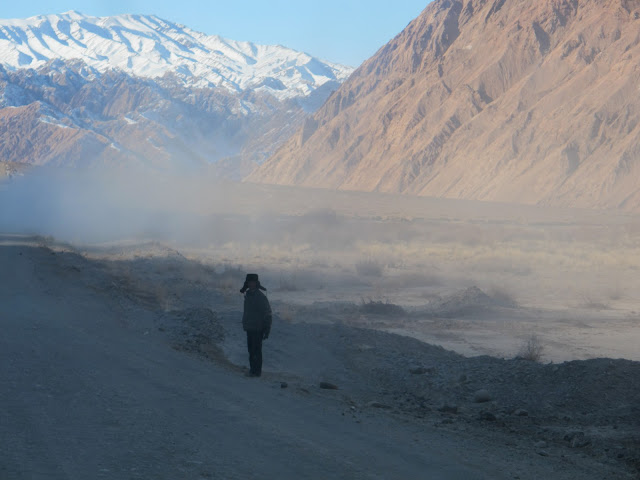 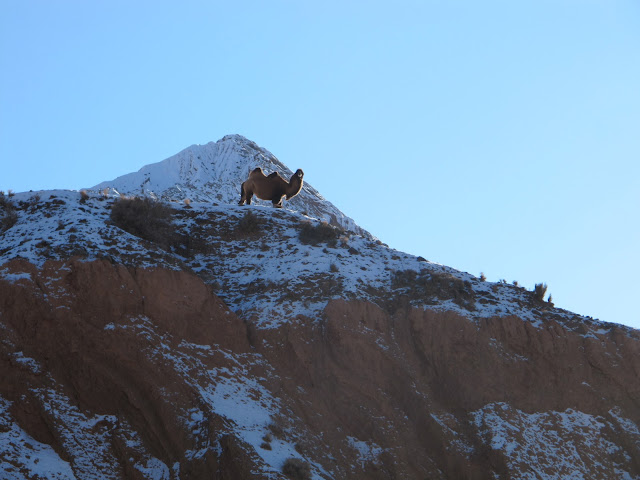 got my kyrgyz passport welcome stamp as the sun set. 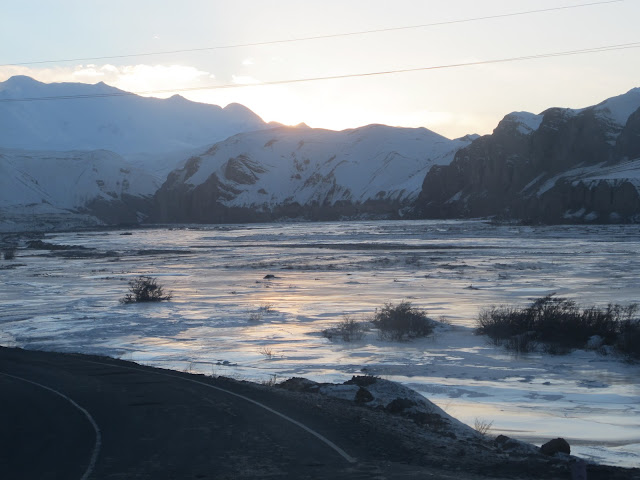 asked the border guard if his "town" had a place to sleep.  learned that a kyrgyz border guard's definition of "hotel" differs from mine. 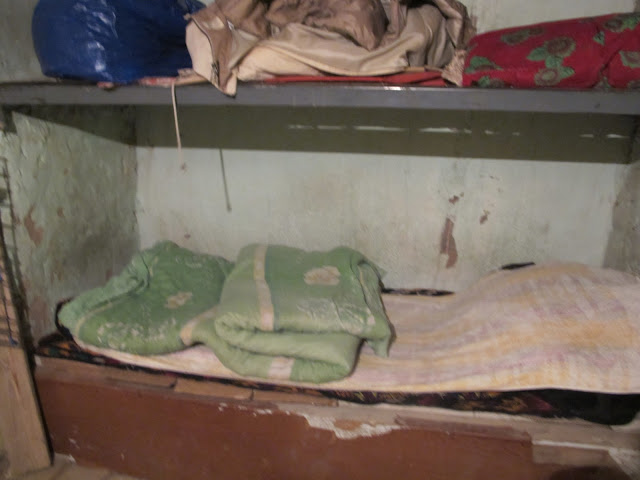 entered the six room building.  a few surprised looks, but their conversation didn't grind to a halt.  one locked store room with surely-expired packaged goods, one freezing covered porch, two rooms packed with tipsy smokey kyrgyz truckers playing cards or dozing in cramped cots, one room for the family that seemed to run the joint, the boiler closet for me.

hunkered down for the night.  paid the matron six dollars for a "bed."  kept waking up to her coming into my "room" to either re-ignite the cauldron to keep us "warm," to prop a "table" against the "door" to keep the whining dog outside, or to have a cigarette where her family "wouldn't see her" smoking.  kyrgyzstan, i love you already.  no quotes there.

snagged the first truck out of dodge..  after the teamster had his shot of vodka. 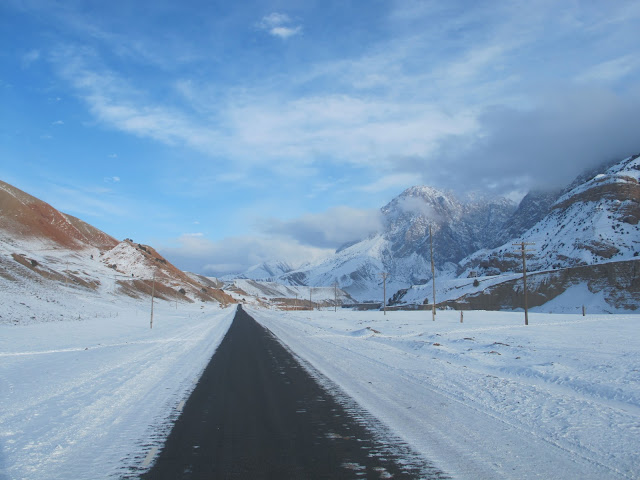 rode north.  morning out the passenger's side window. 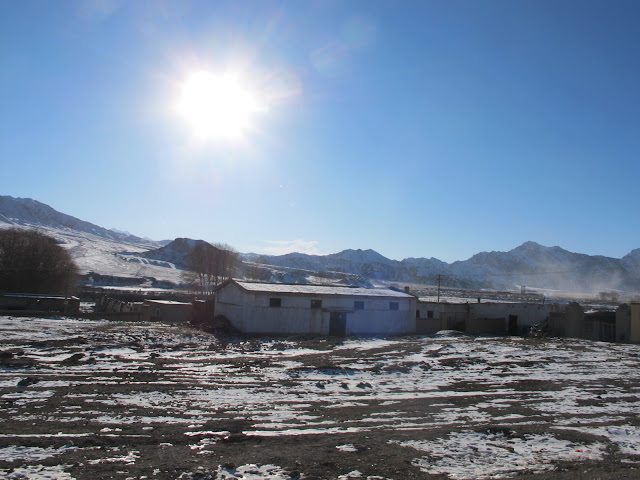 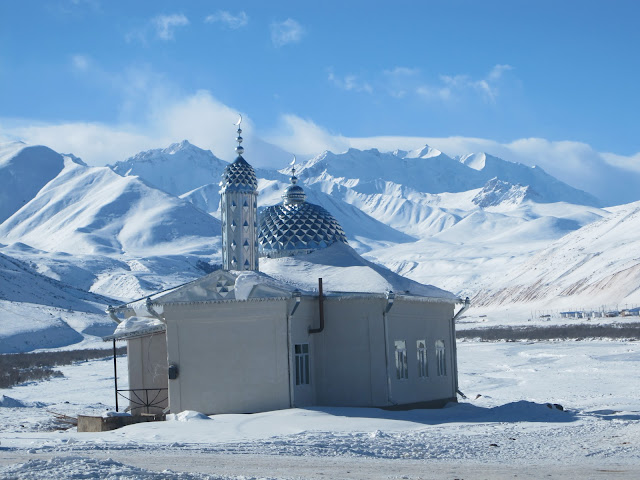 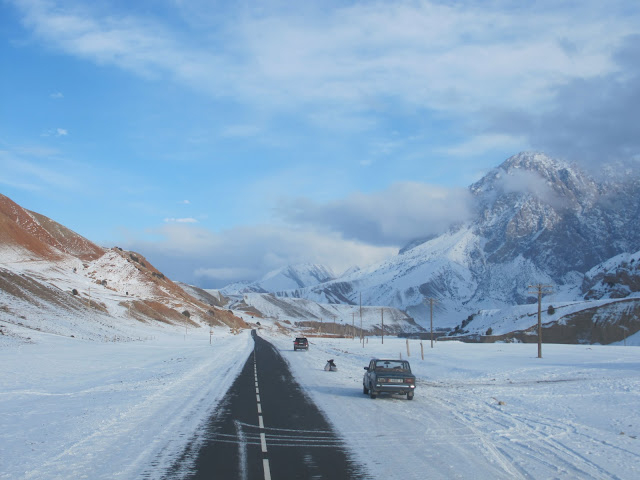 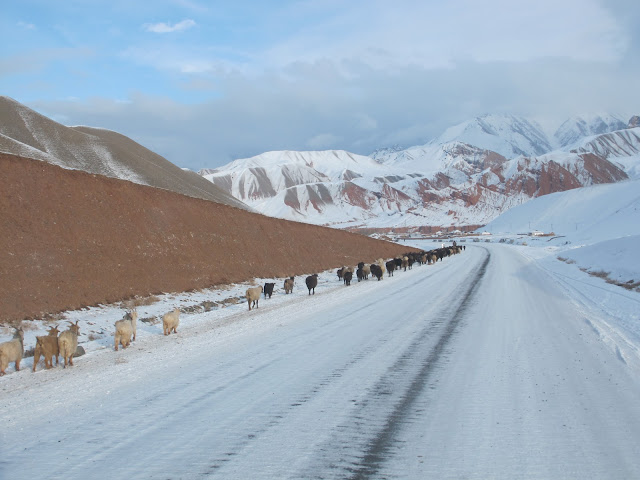 changed trucks twice in the evening snow.  break-lights ahead of us, oncoming traffic to the left. 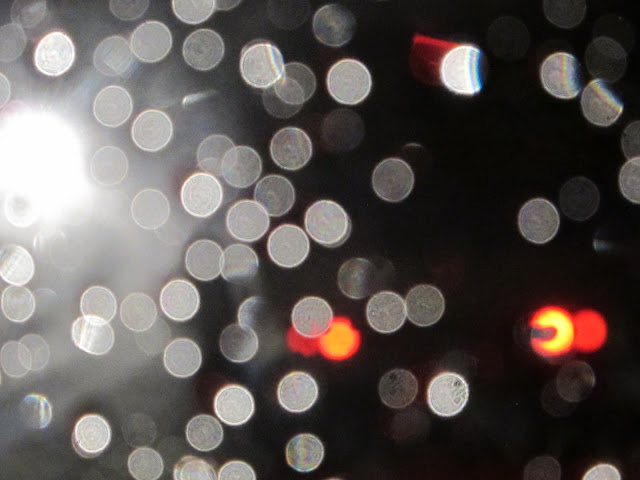 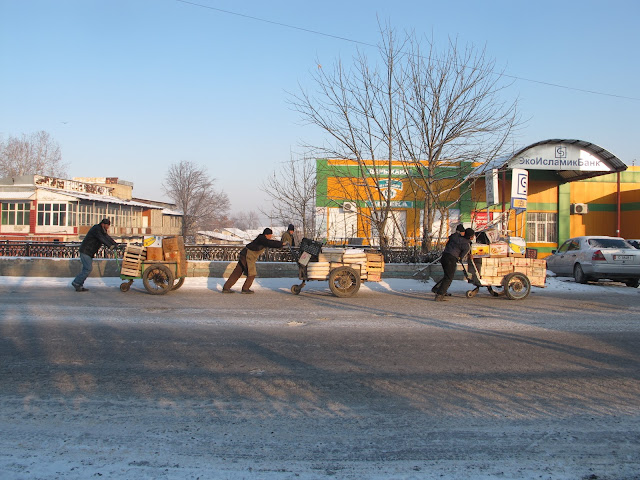 prepped with the best of them.

walk behind people who dress like they know what they're doing when the road is icy, the vehicular traffic is close and fast, and a sidewalk is a foreign concept. 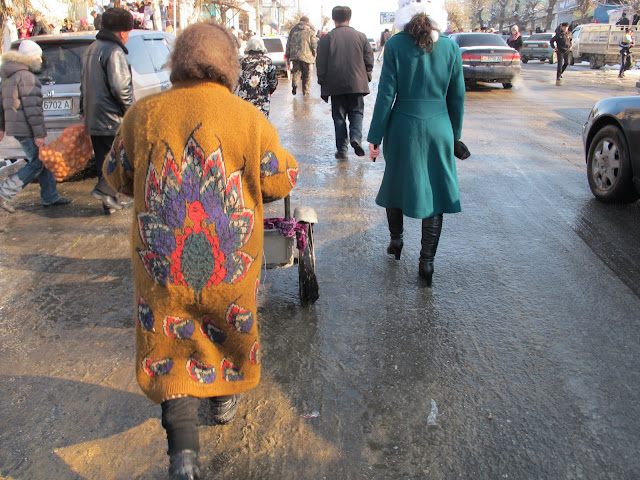 suppose this counts as a city monument.  dear mayor: at least open the door so kids can play in the cockpit. 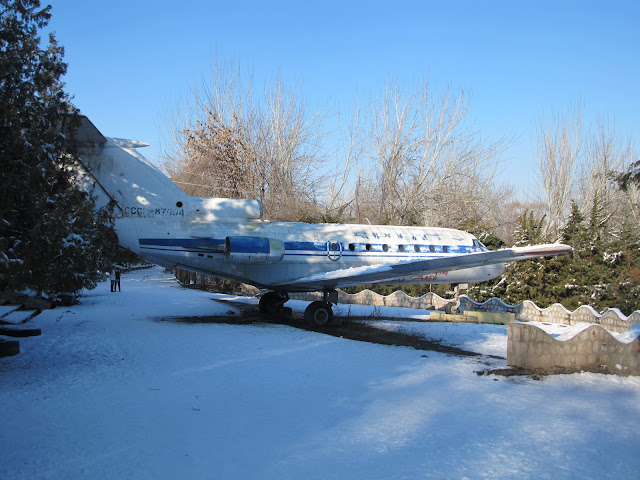 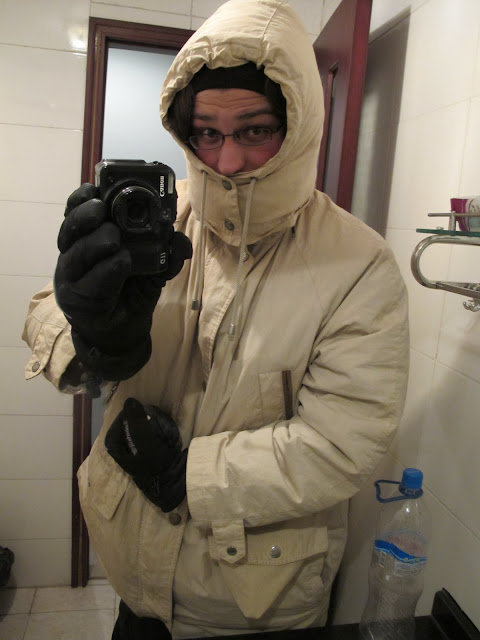 risk being labeled a partisan, but there will be no anthony weiner edition.

get the point.  young kyrgyz males dislike photos with santa.. 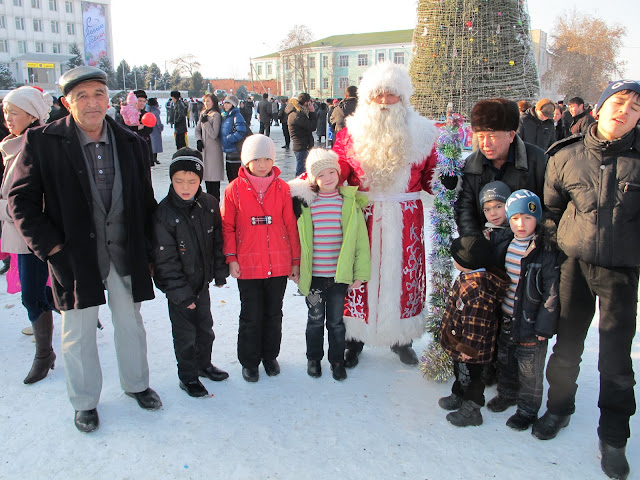 ..well fuck everything.  we're going with two santas and a side of mickey. 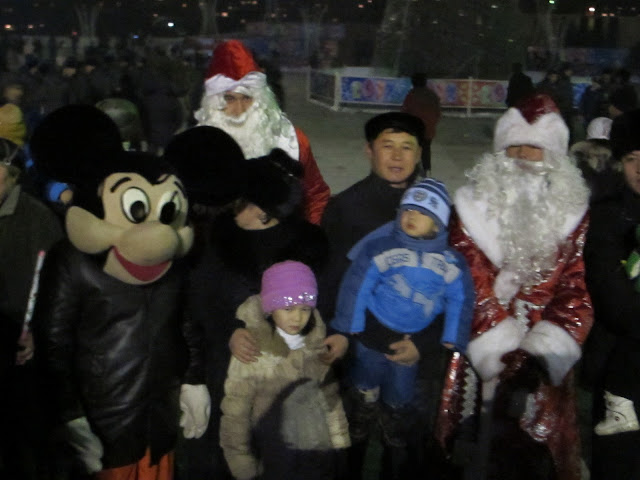 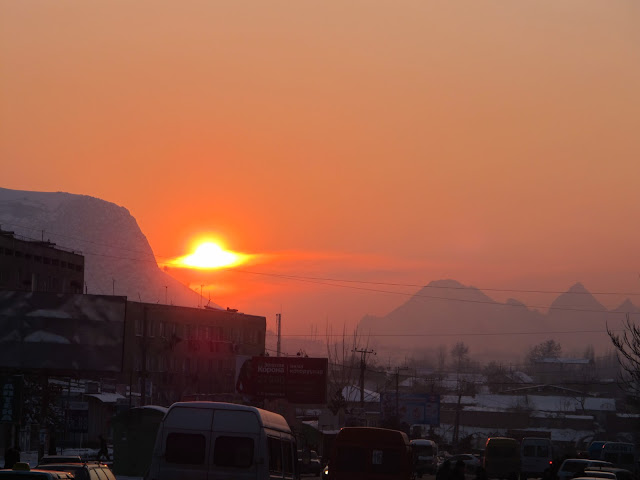 affords both shrek and mrs. shrek for your family photos? 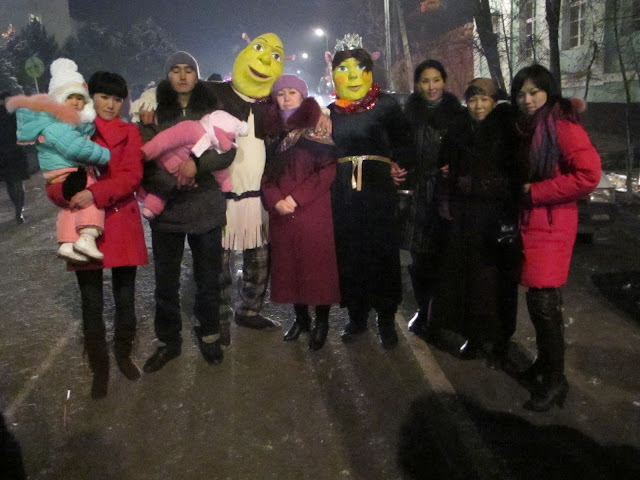 is it legal, encouraged even, to shoot flaming projectiles at cars?

can you find fireworks rocketing out of dense strobe-filled human gatherings? 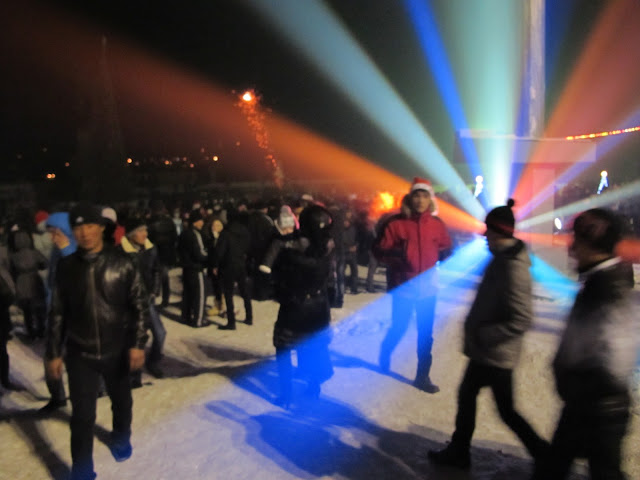 ..and, when it's all over, what other night do the police lock arms and shove the crowd out of the square?