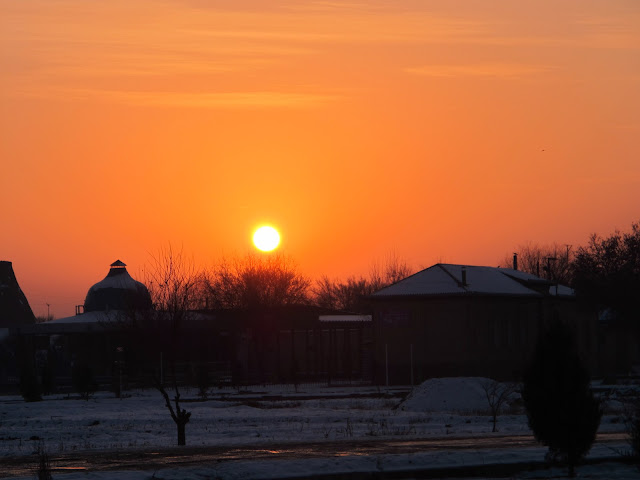 slept in another glorious flea-pit. 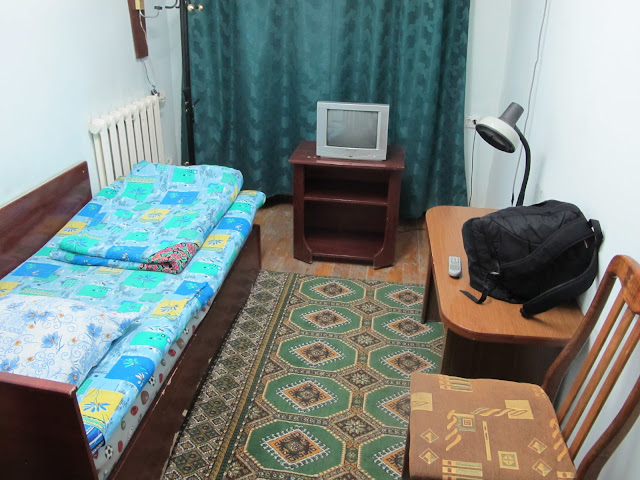 caught a bus to khiva.  and with warren beatty's long-lost sister, no less.  no. don't you dare read past this sentence until you click the warren beatty link and confirm this remarkable resemblance. 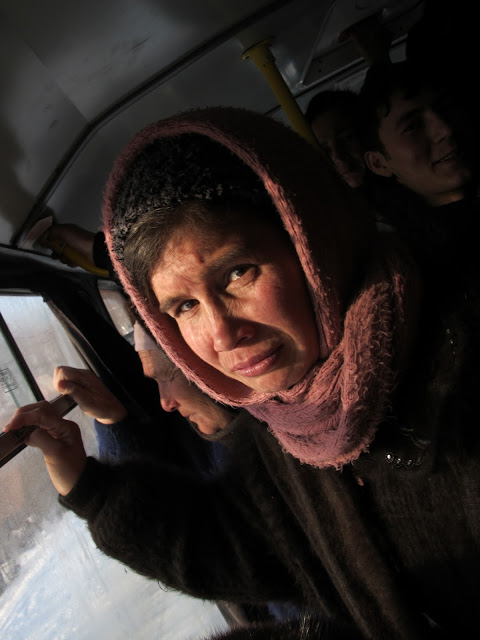 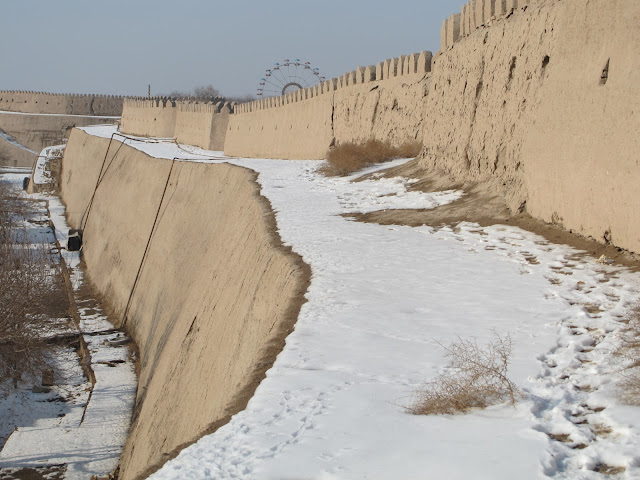 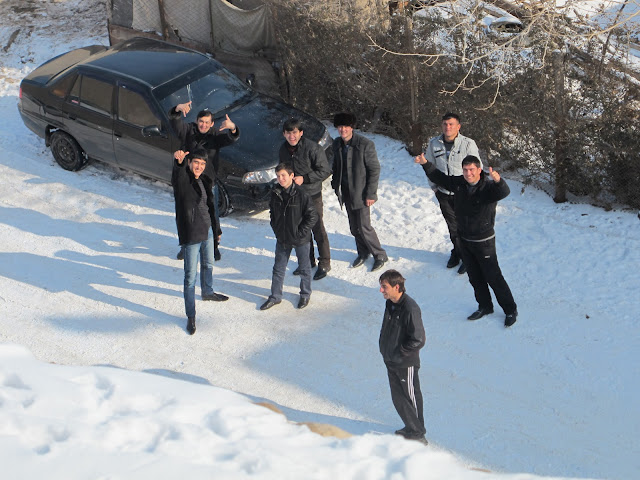 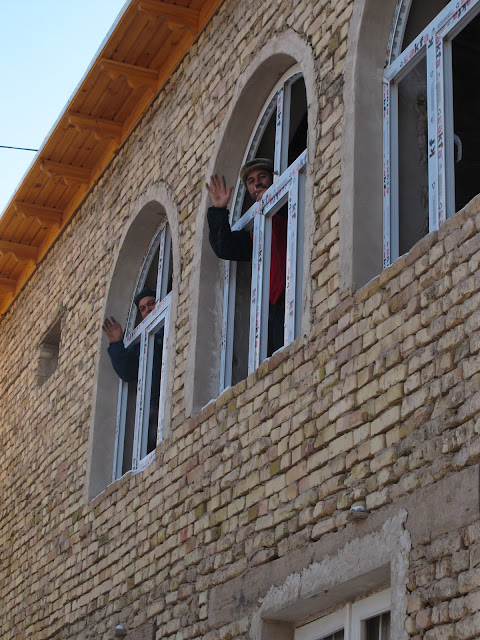 viewed from the ground.. 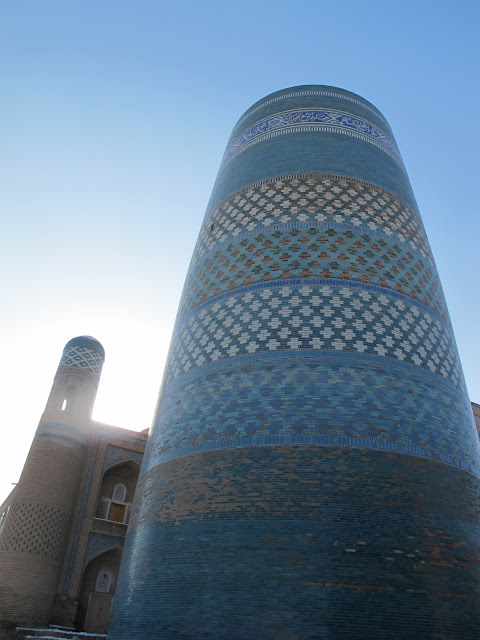 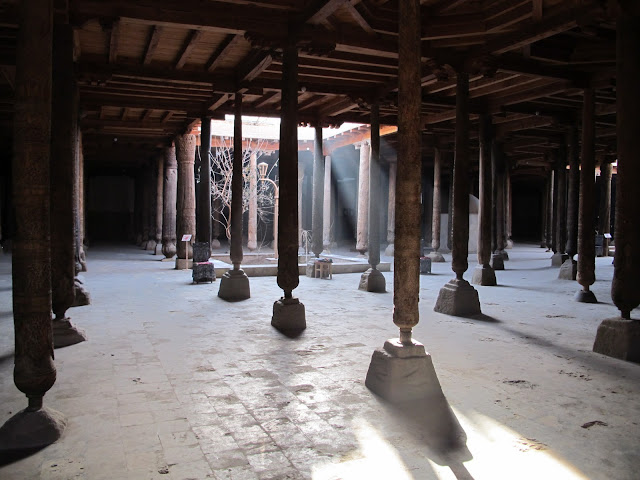 from inside the tombs 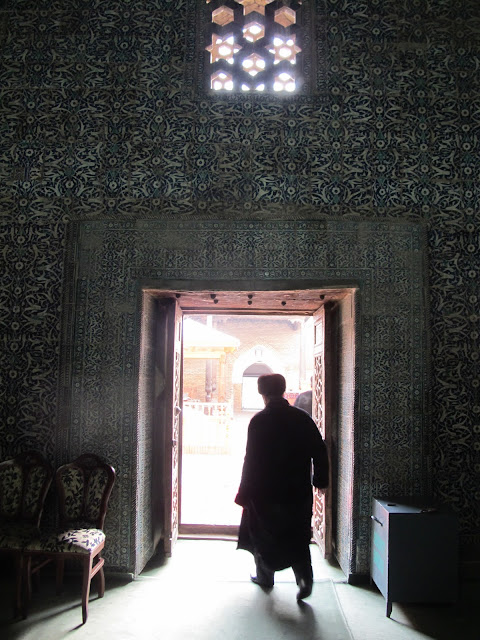 from atop the minarets 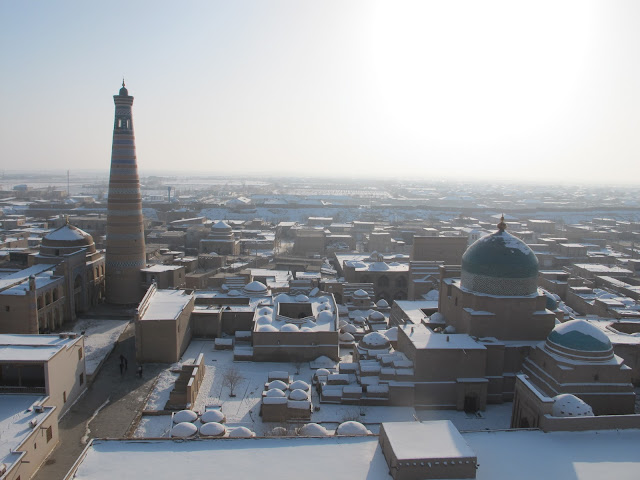 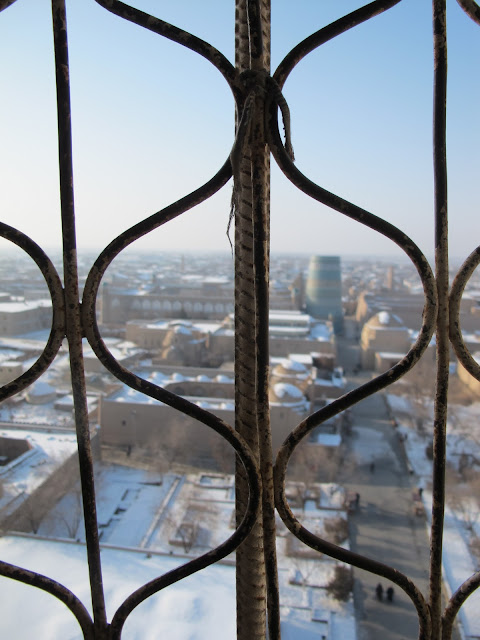 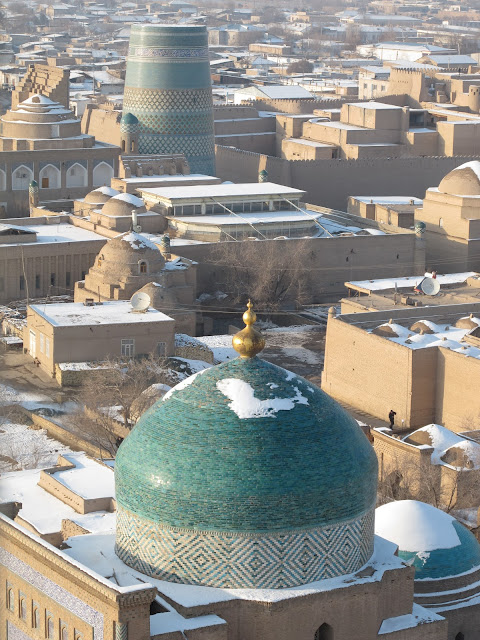 from the eyes of a child 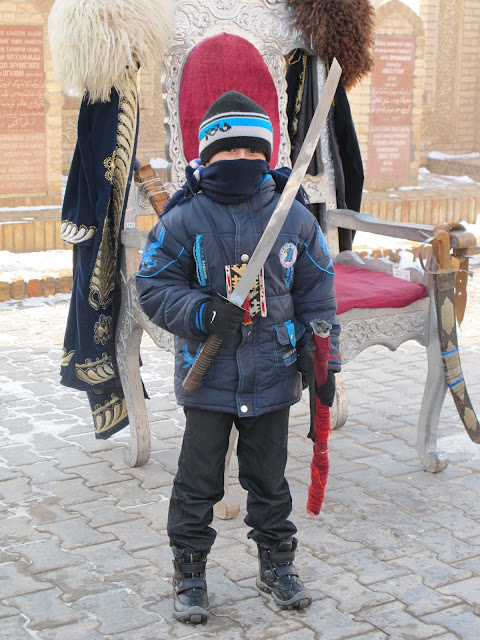 ..hey even from a carpenter's level. 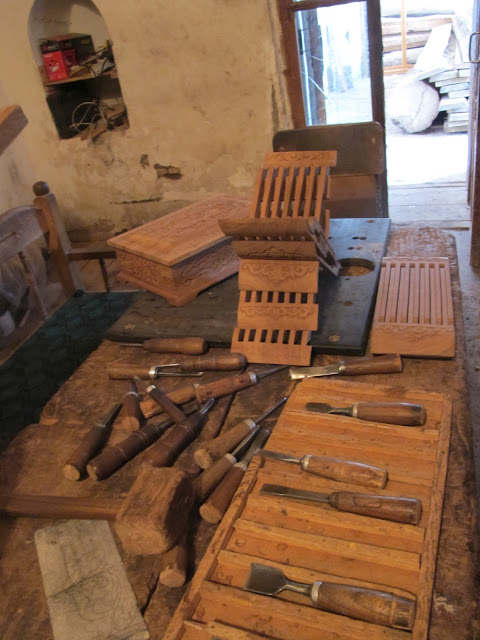 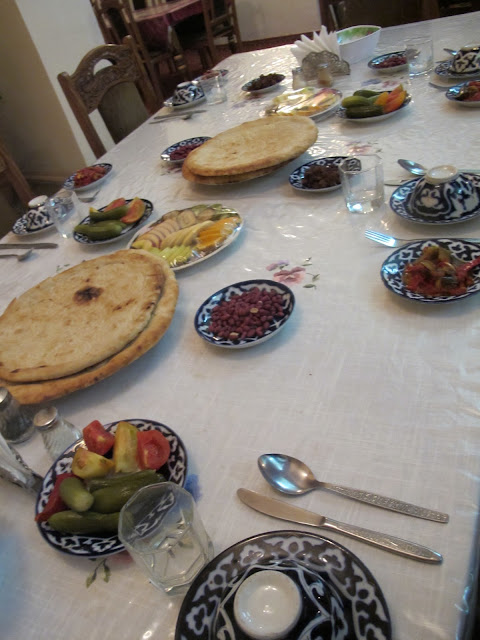 ..with some french wanderers. 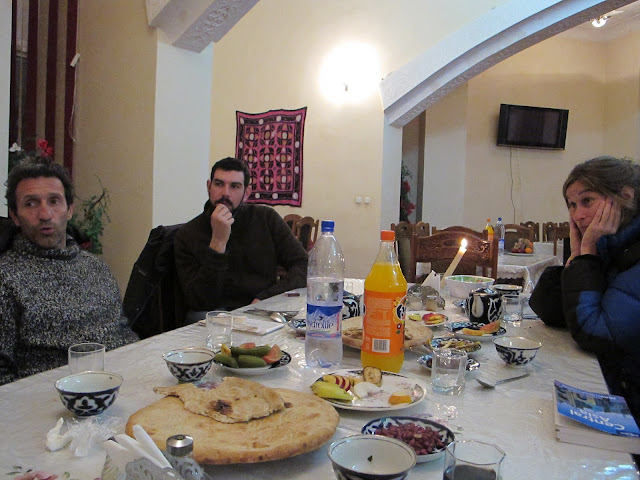 haven't shaved in what, three weeks now?  as far as i'll ever be from the office. 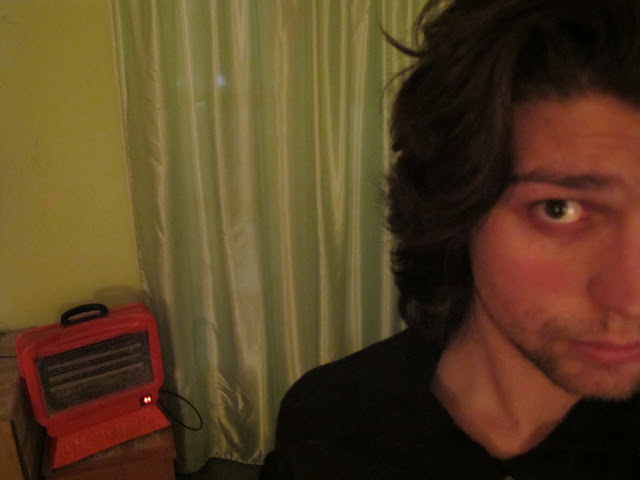 would under no circumstances eat the fish.  uzbekistan is one of only two doubly-landlocked countries on earth.  plus, their only adjacent sea has half-disappeared. 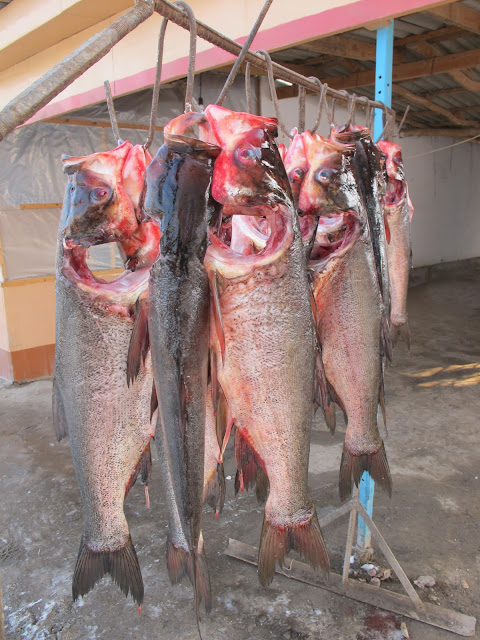 pressed on to nukus and her wobbly drivers.

saw a real, real good museum.  might be the three weeks of isolation delirium talking, but that museum (no pictures allowed) would stand out in paris or new york.  an unexpected treat of culture in doubly-rural karakalpakstan, uzbekistan.

woke up at four.  met my taxi outside.  drove two silent snowy hours.. 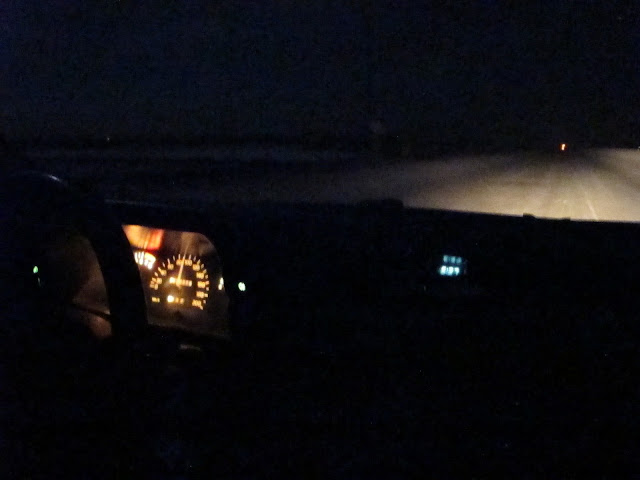 ..for the train to kazakhstan. 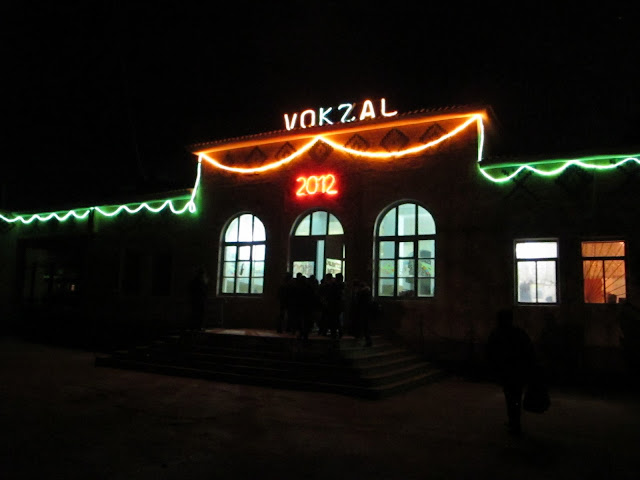 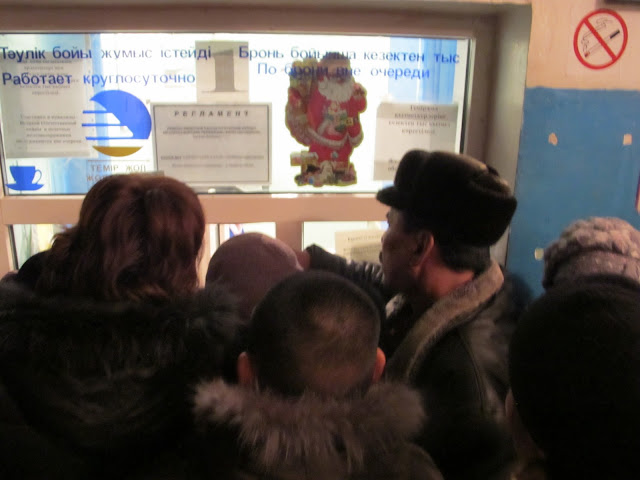 have learned just one thing in all my years of crime: don't fuck with kazakhs. 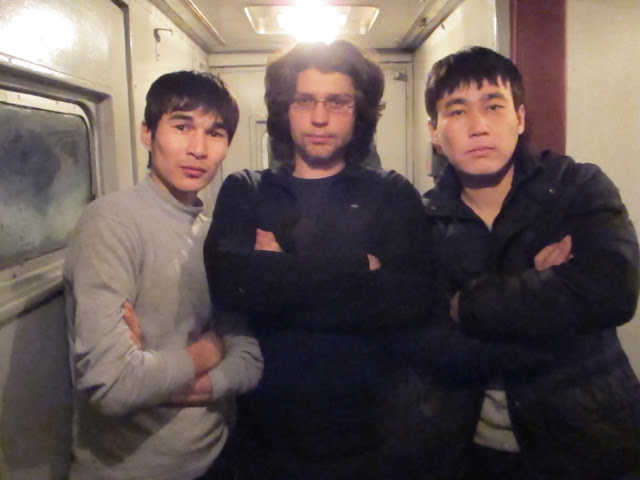 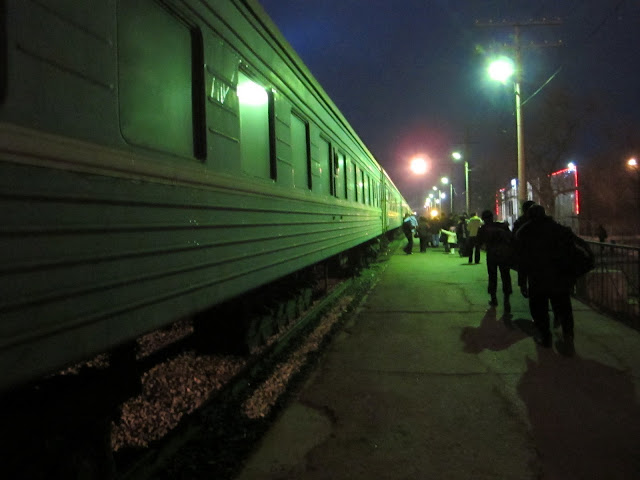 ..on the caspian sea. 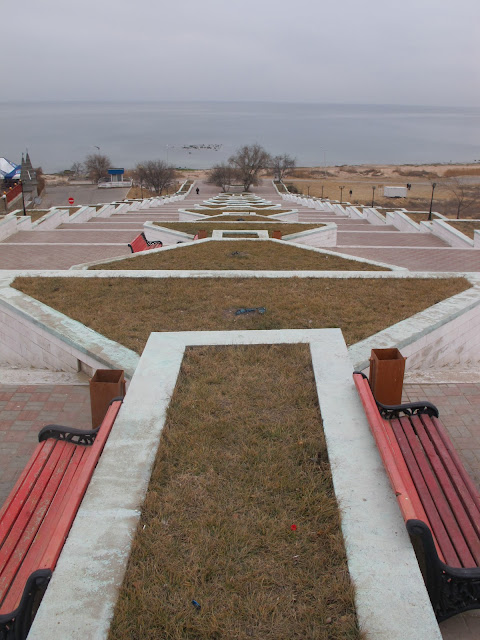 twiddled my thumbs hoping that i might catch a ferry across.  no schedule, no information, no cooperation from the ticket office. maybe tomorrow, maybe next month. last one left three days ago, previous one two weeks before that.

don't speak kazakh, thus was forced to order everything on the menu.  when you haven't had a decent meal in a month and you find a place that serves almond lattes, you order first ask questions later.. lest the mirage disappear. 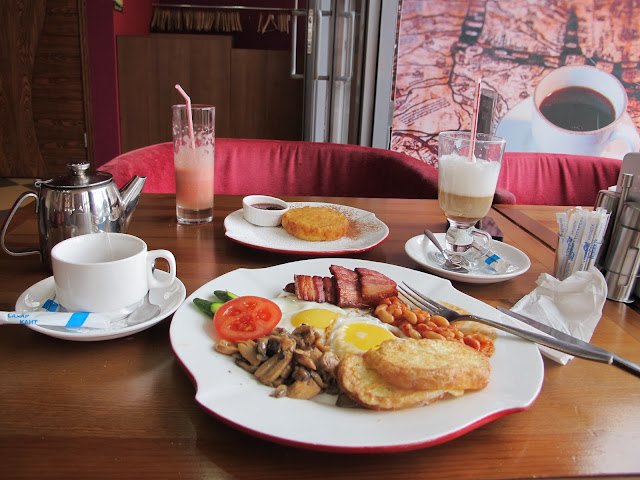 bode my time.  need help envisioning aqtau?  think of a shitty beirut with.. 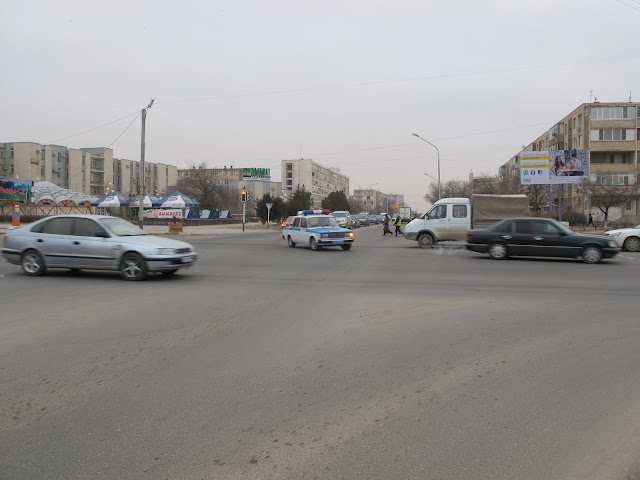 impressionable kids who fire-walk if you'll film it

sales.  who cares of what. 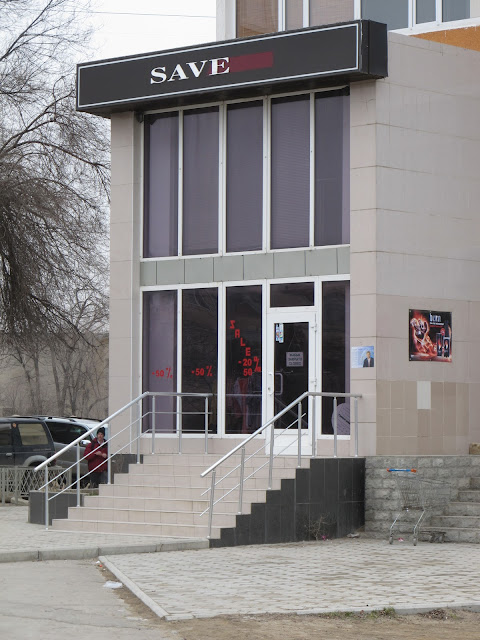 got the call: ferry leaves today.  oh, the hotel front door lock has jammed?  here, jump out the window.  don't step on the fax machine thanks. 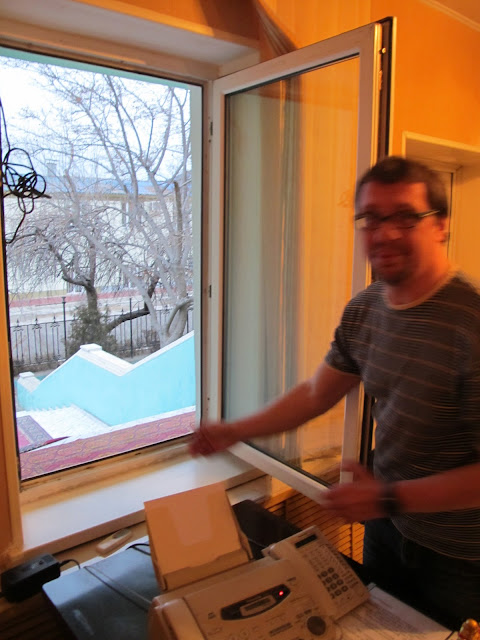