helped out with an analysis of how the affordable care act affects rural areas.

crossed 125 unique daily visitors in may with asdfree.com.

consider unprotected sex in swaziland something of a three-chamber revolver game of russian roulette.

note that this bicycle is coming toward me.  unclear where the peepholes are. 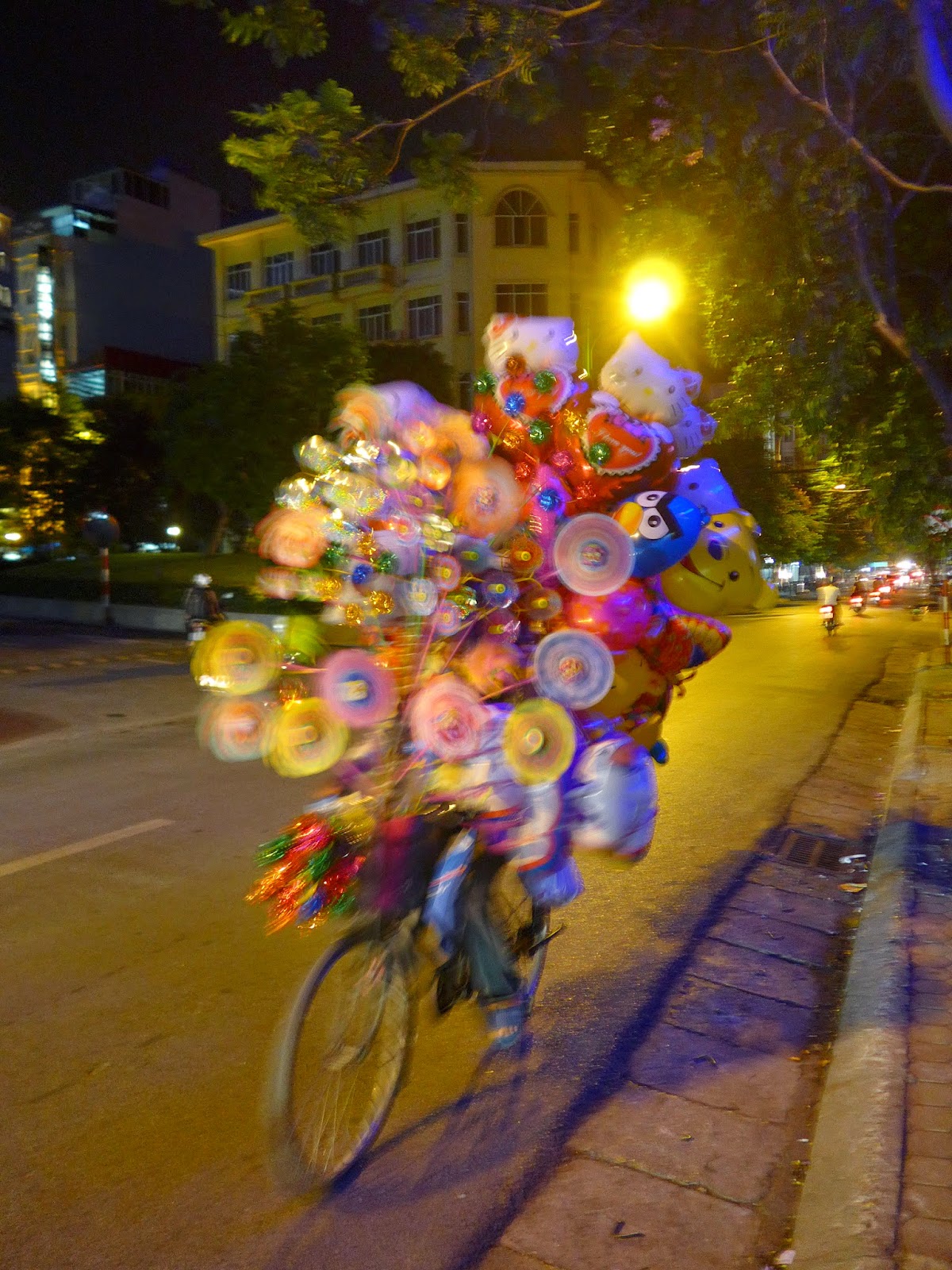 have mostly acclimated to the signage here, but some names still funny. 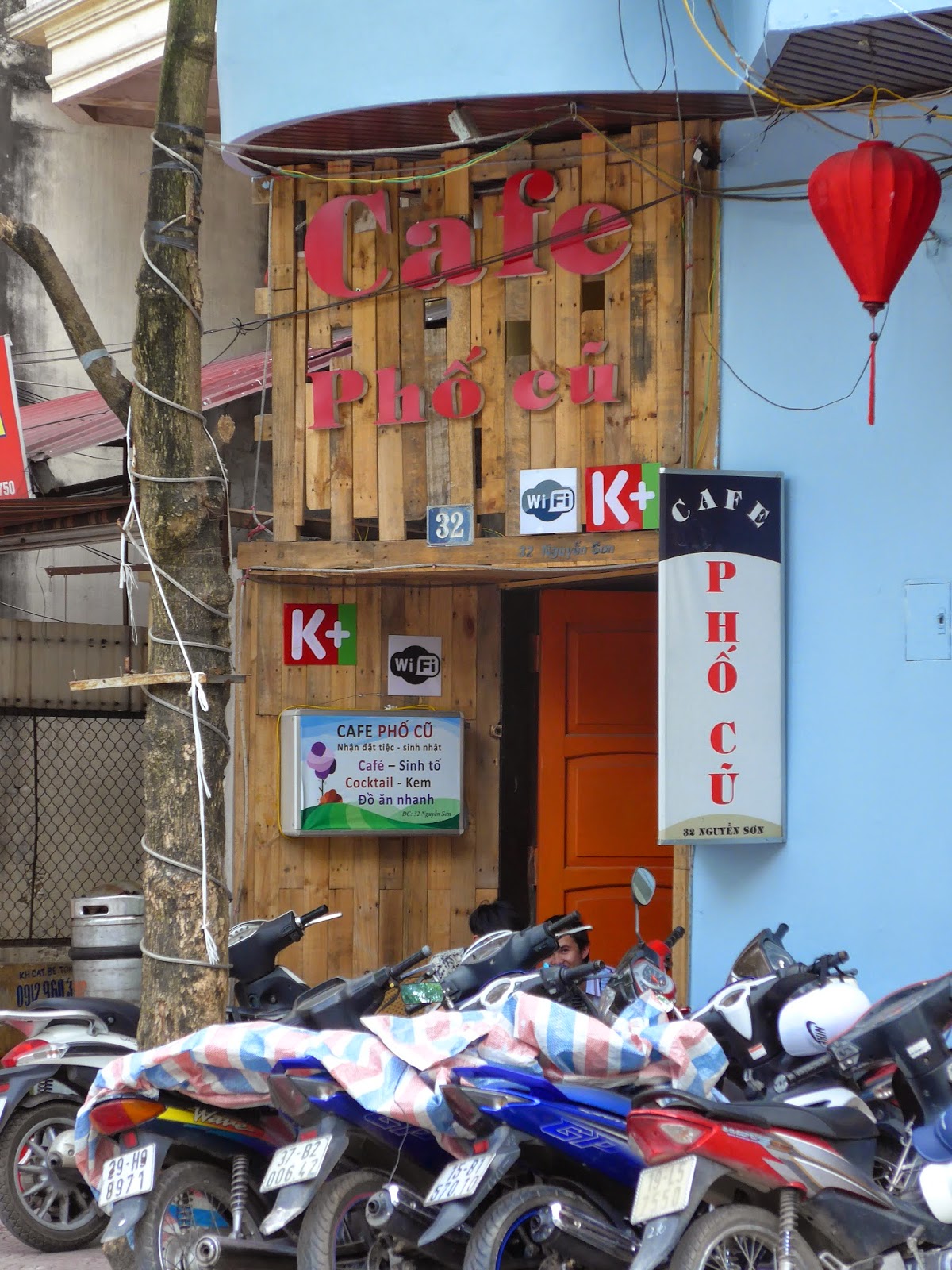 visited the ceramics and kilns part of town. 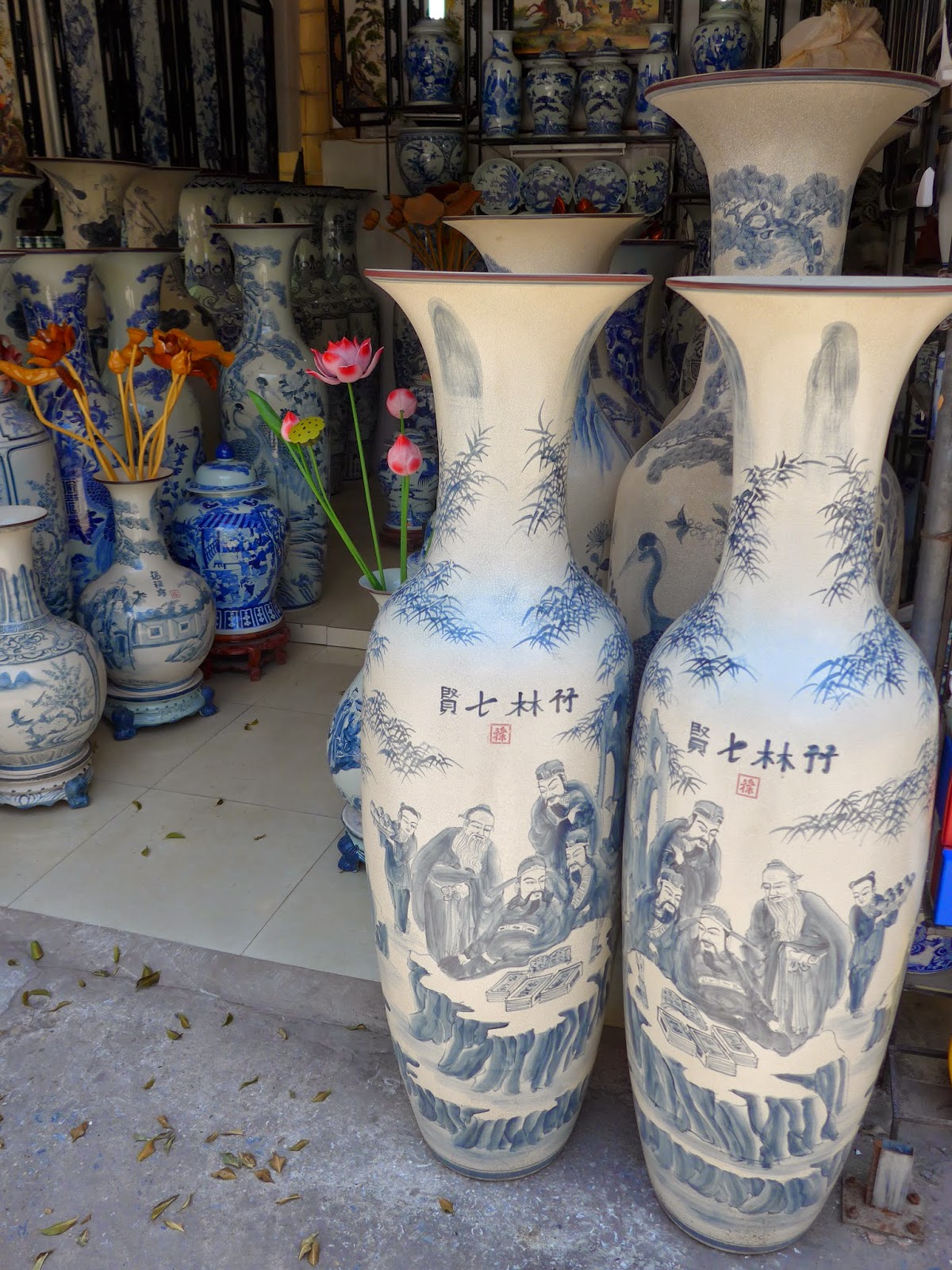 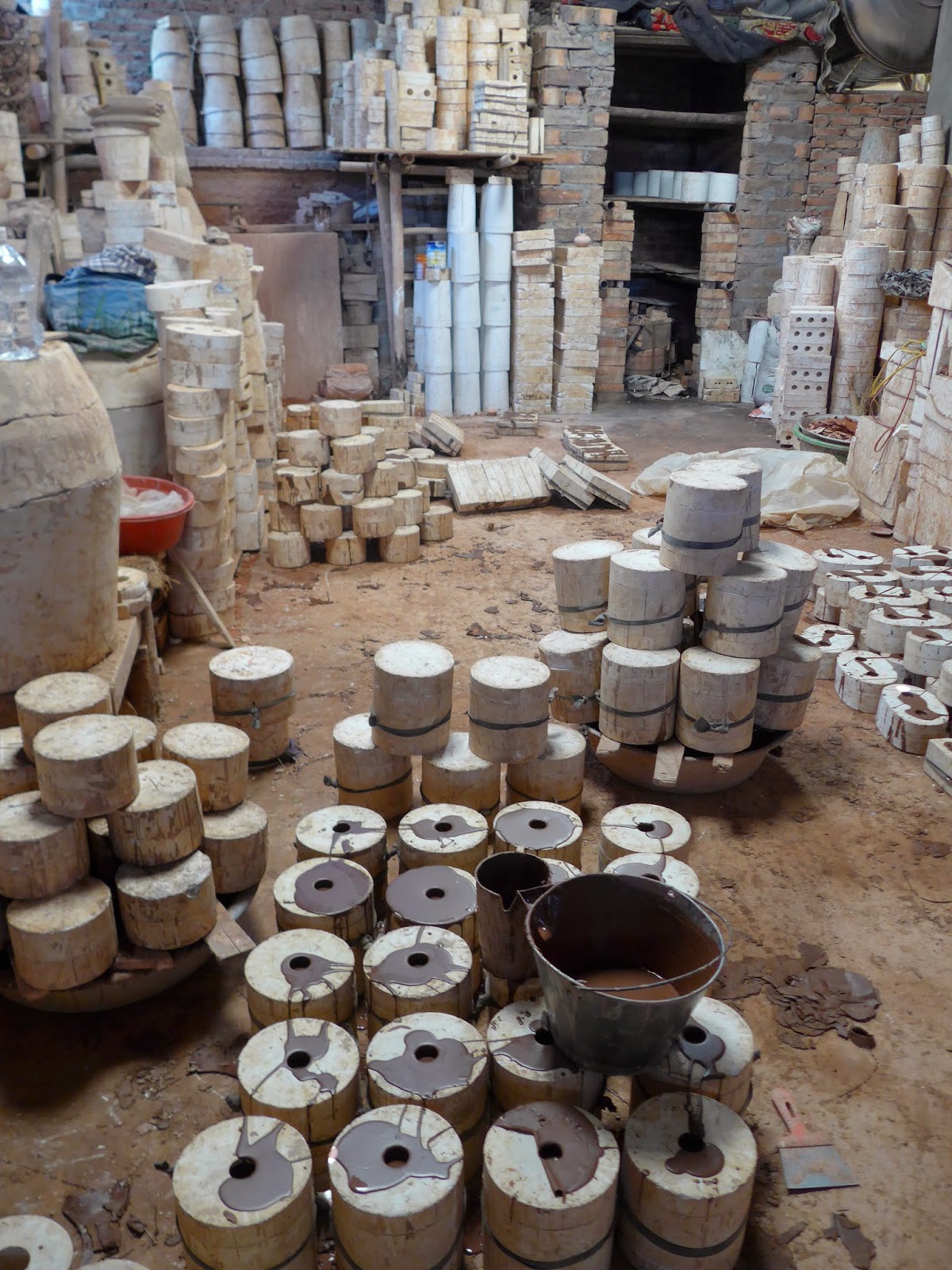 cross long bien whenever i can. 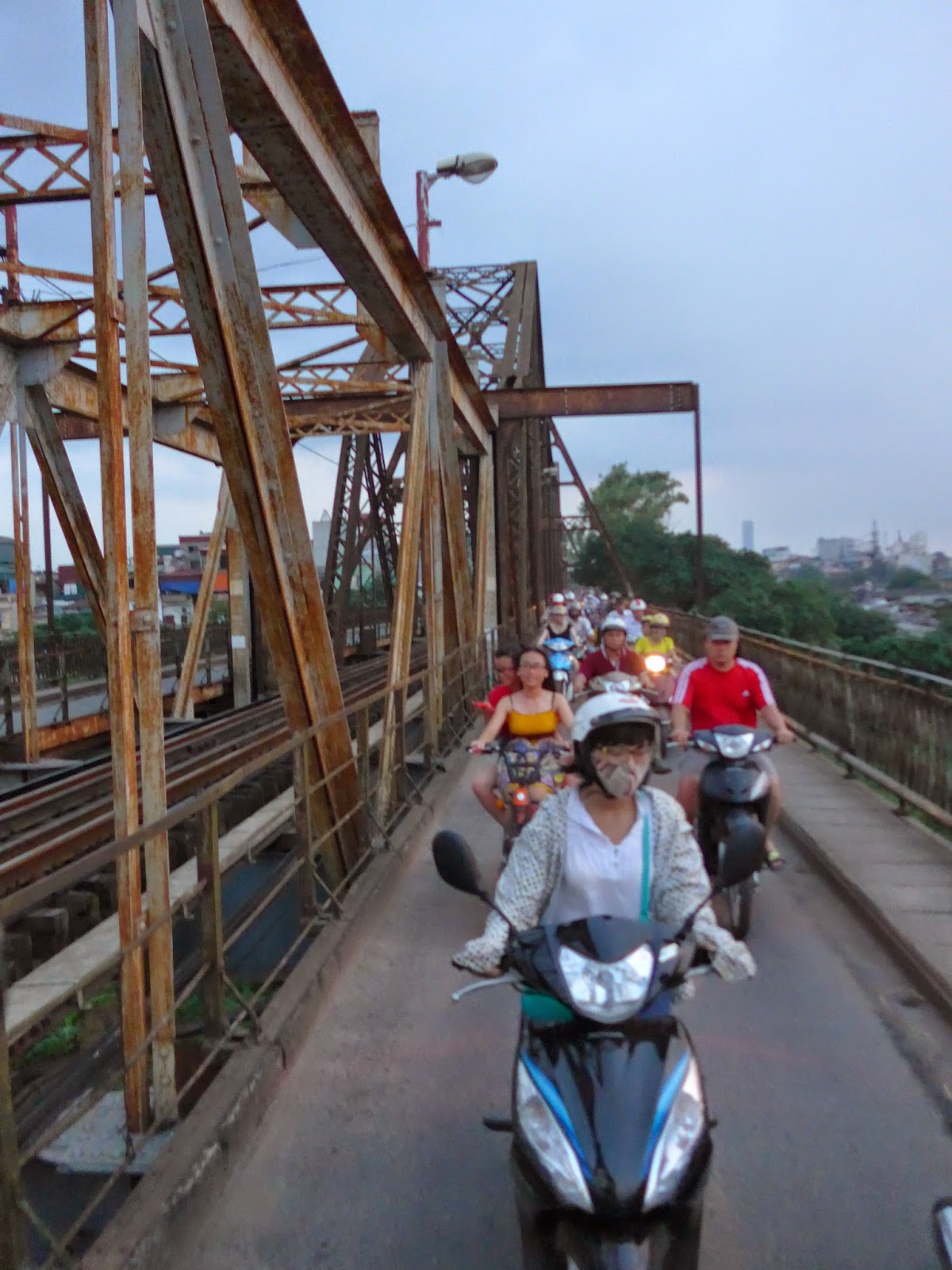 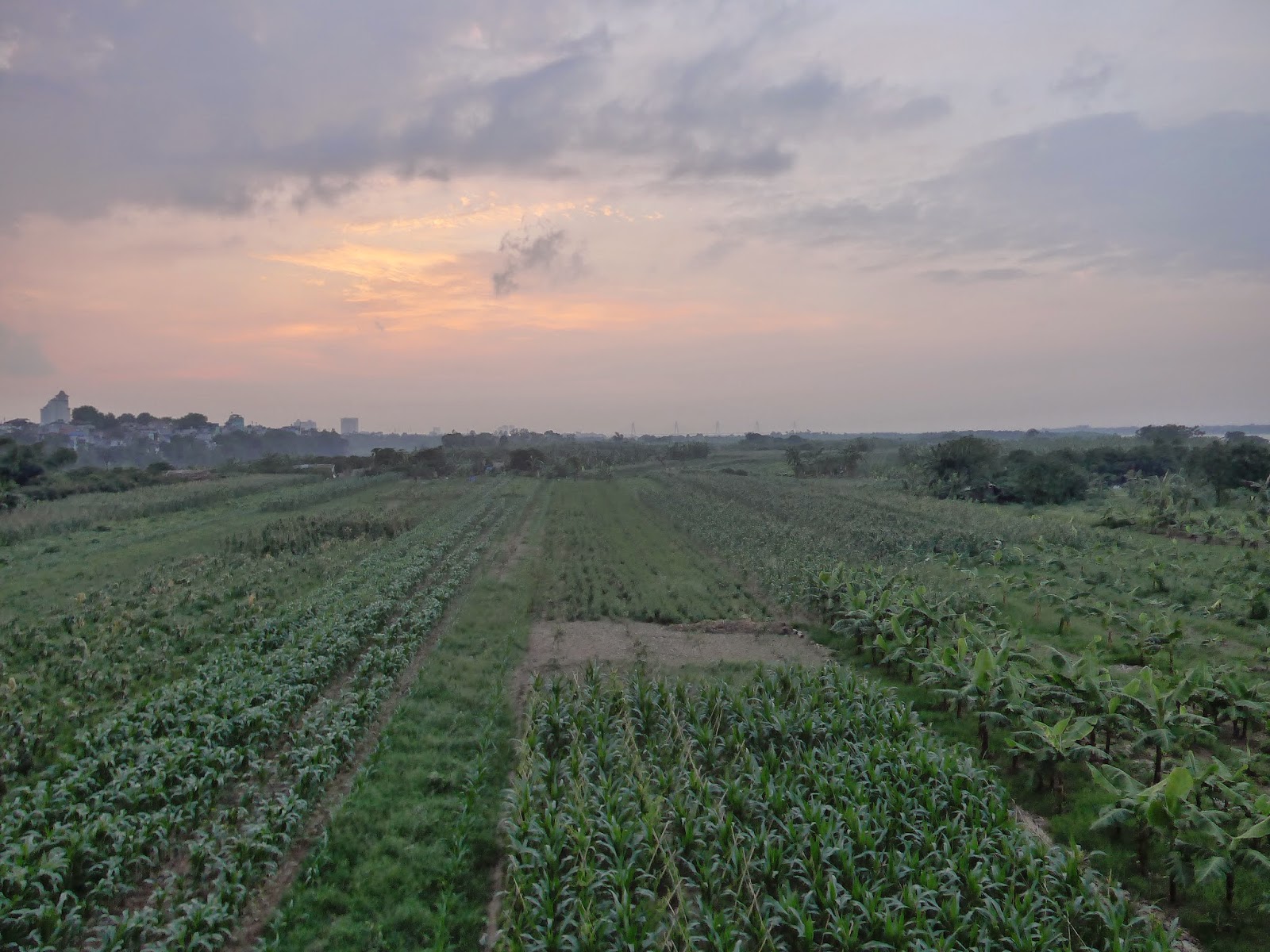 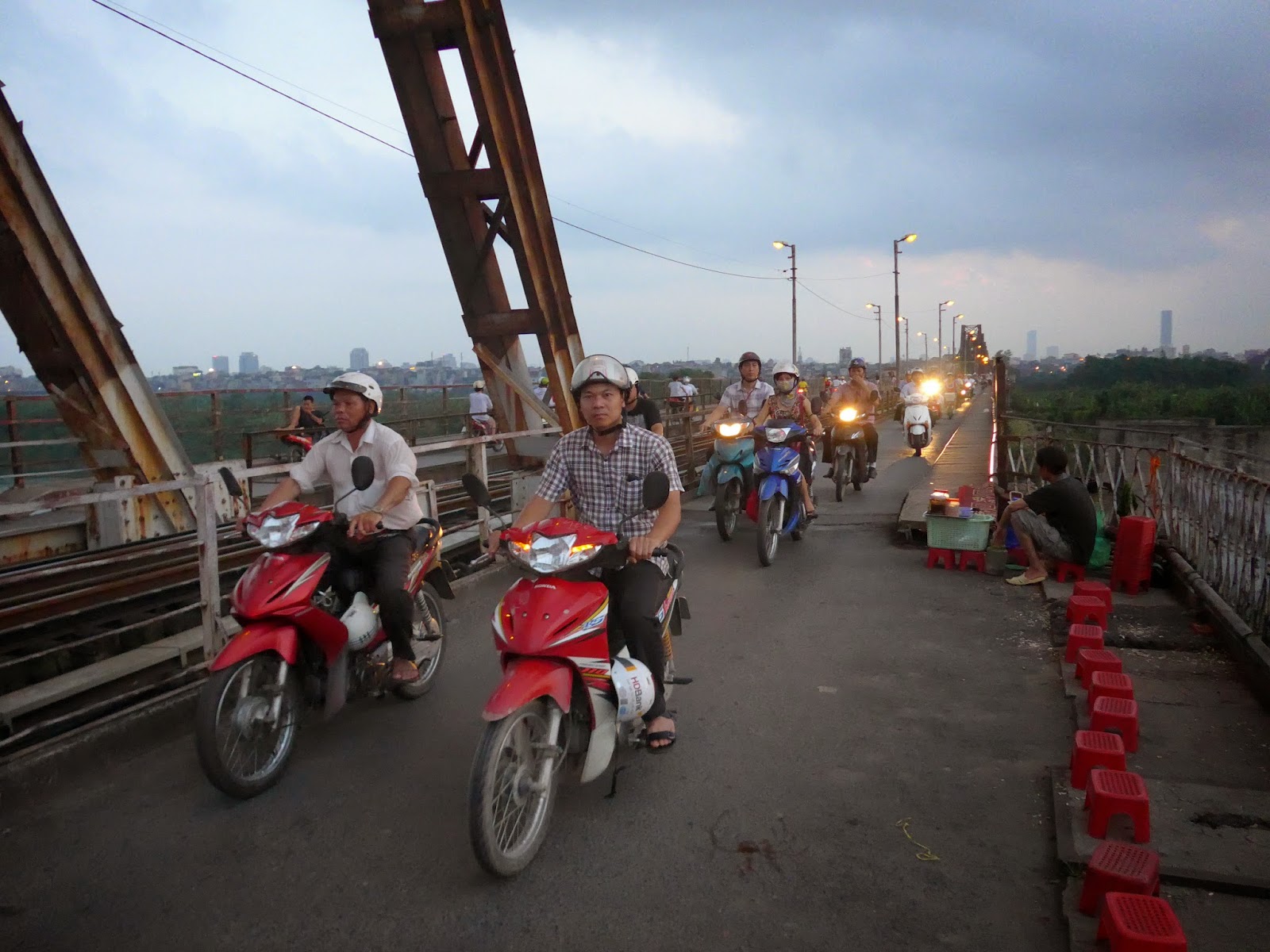 enrolled in a vietnamese cooking class.  first half hour was a tour of the market where i already shop, so lots of waving to the lady who sells me overpriced broccoli.  here are some pig brains. 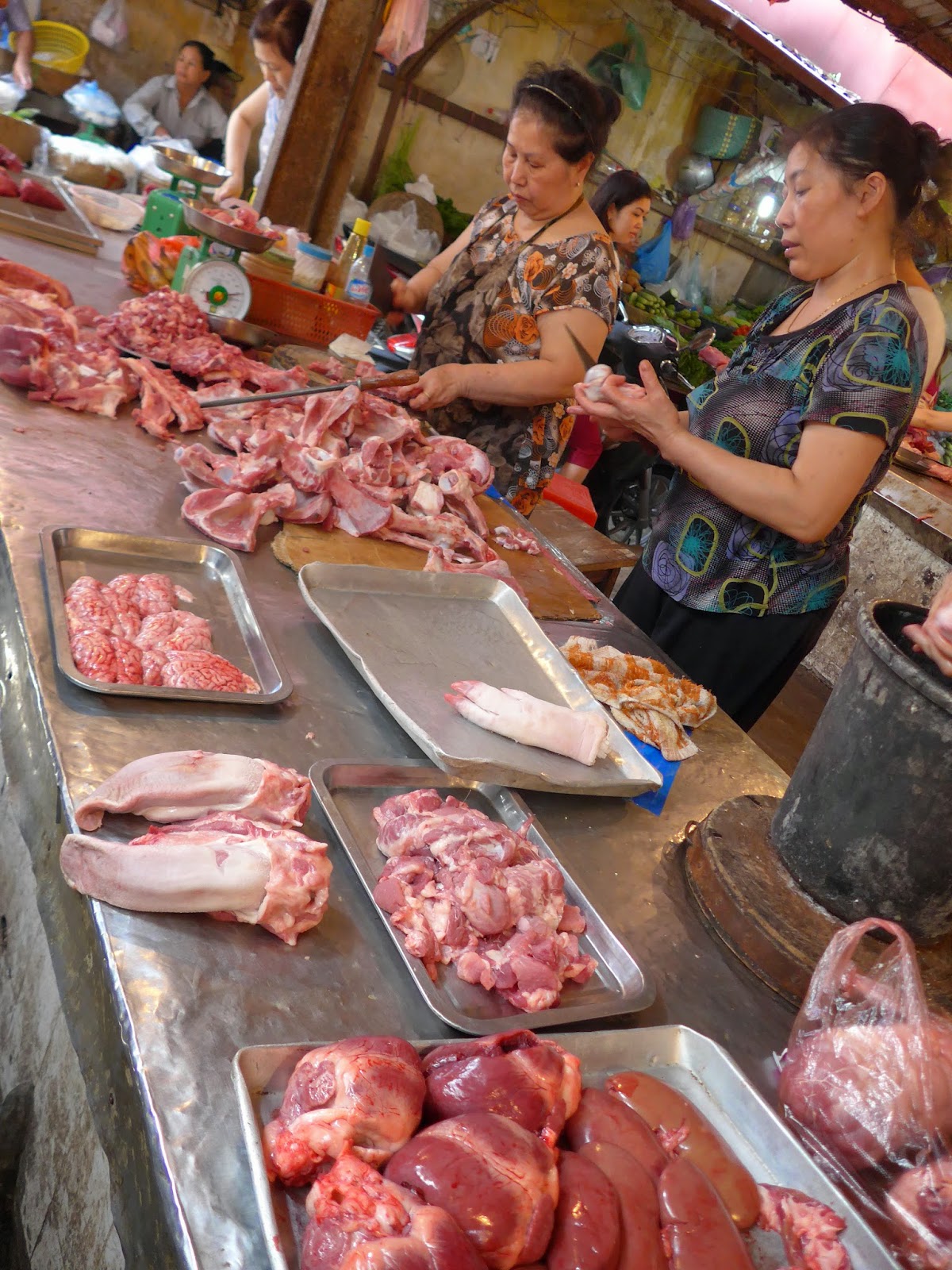 kinda pretended to make this, then took all the cheffing credit.  i mean, i did help chop a little.  the instructors also pretended i made it, that's what any good instructor will do.  plus it would not have been made if i didn't sign up for the course so that's a form of authorship. 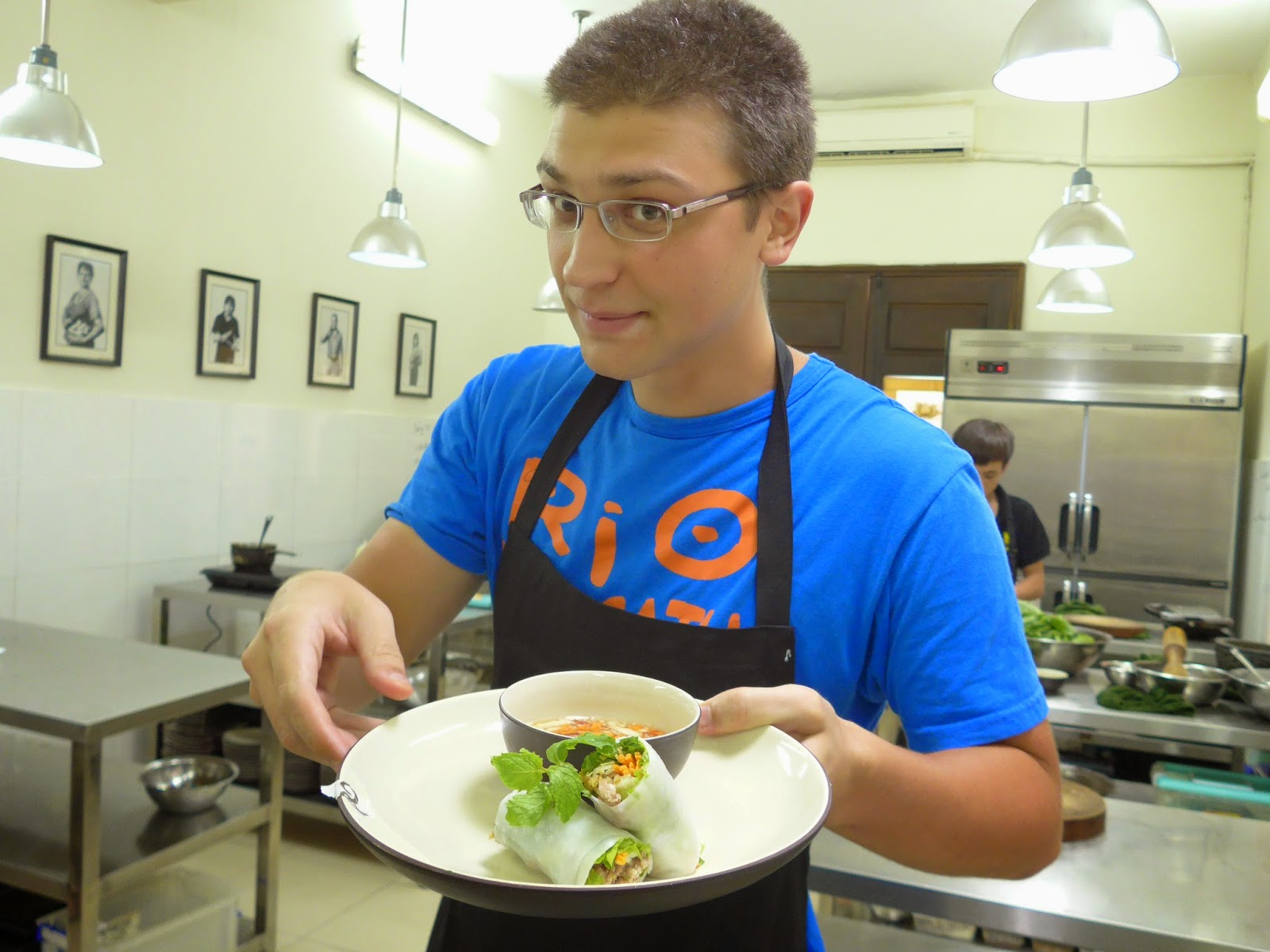 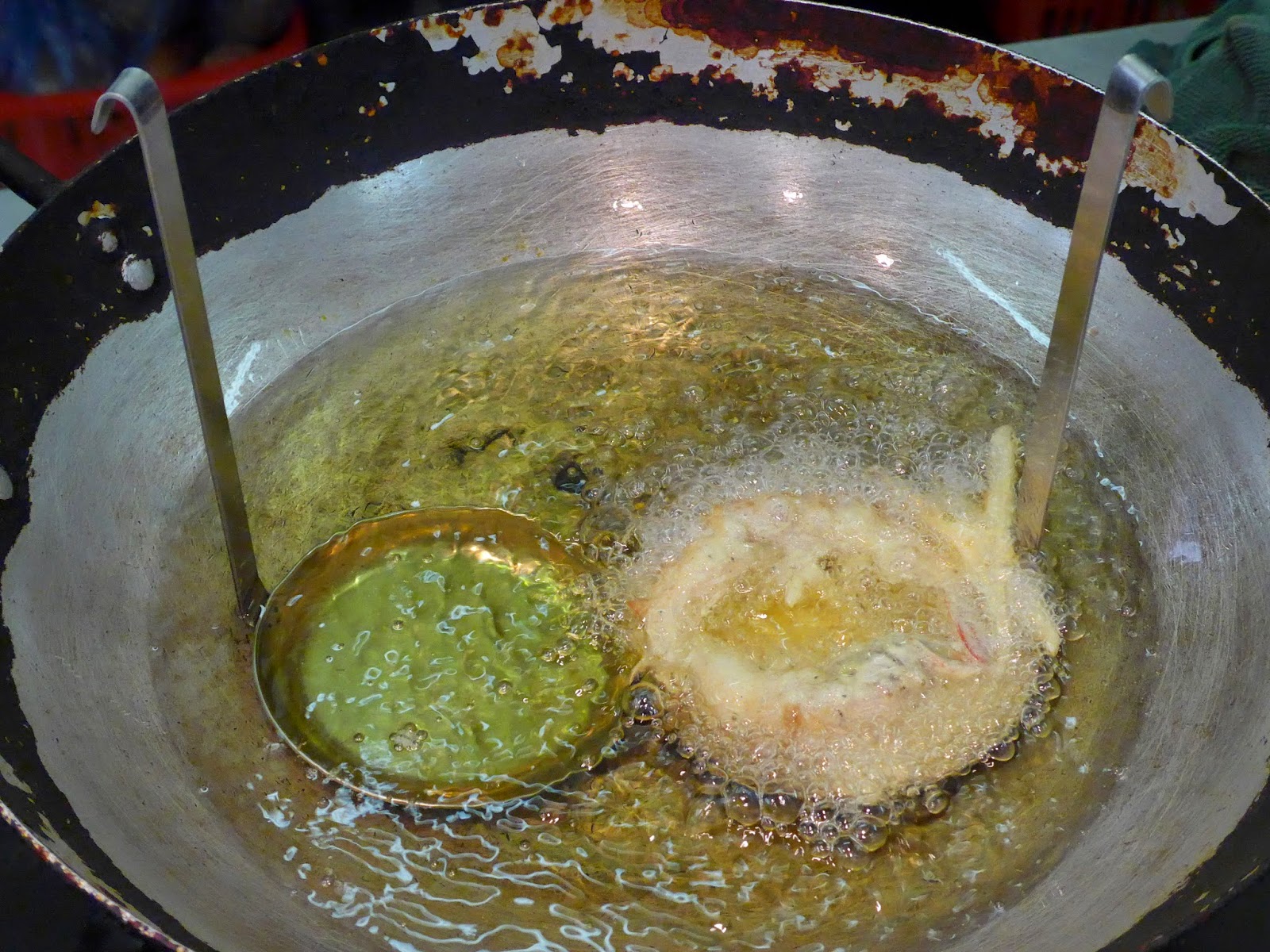 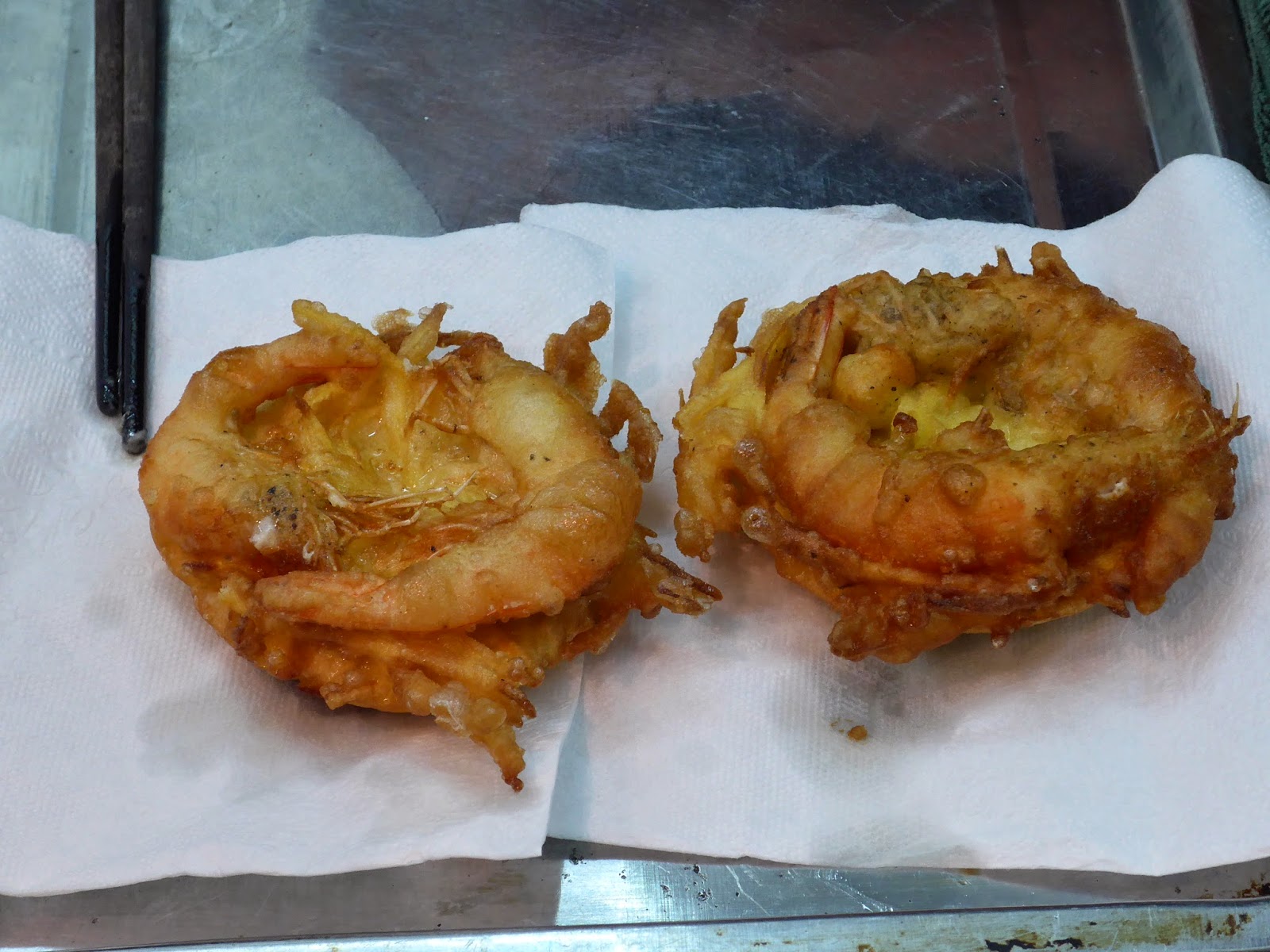 never tried out the blowtorch myself.  he seemed so blase about it. 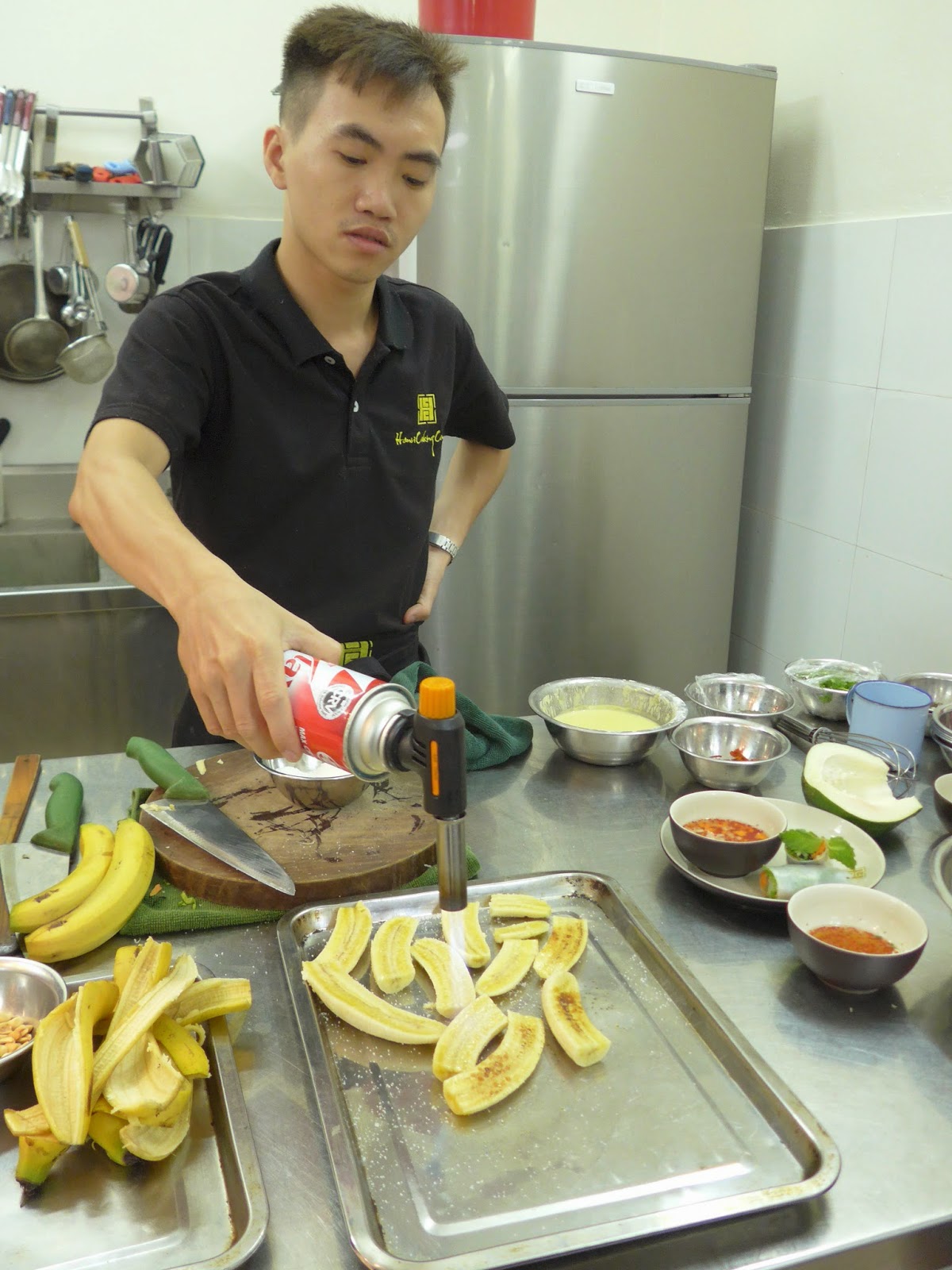 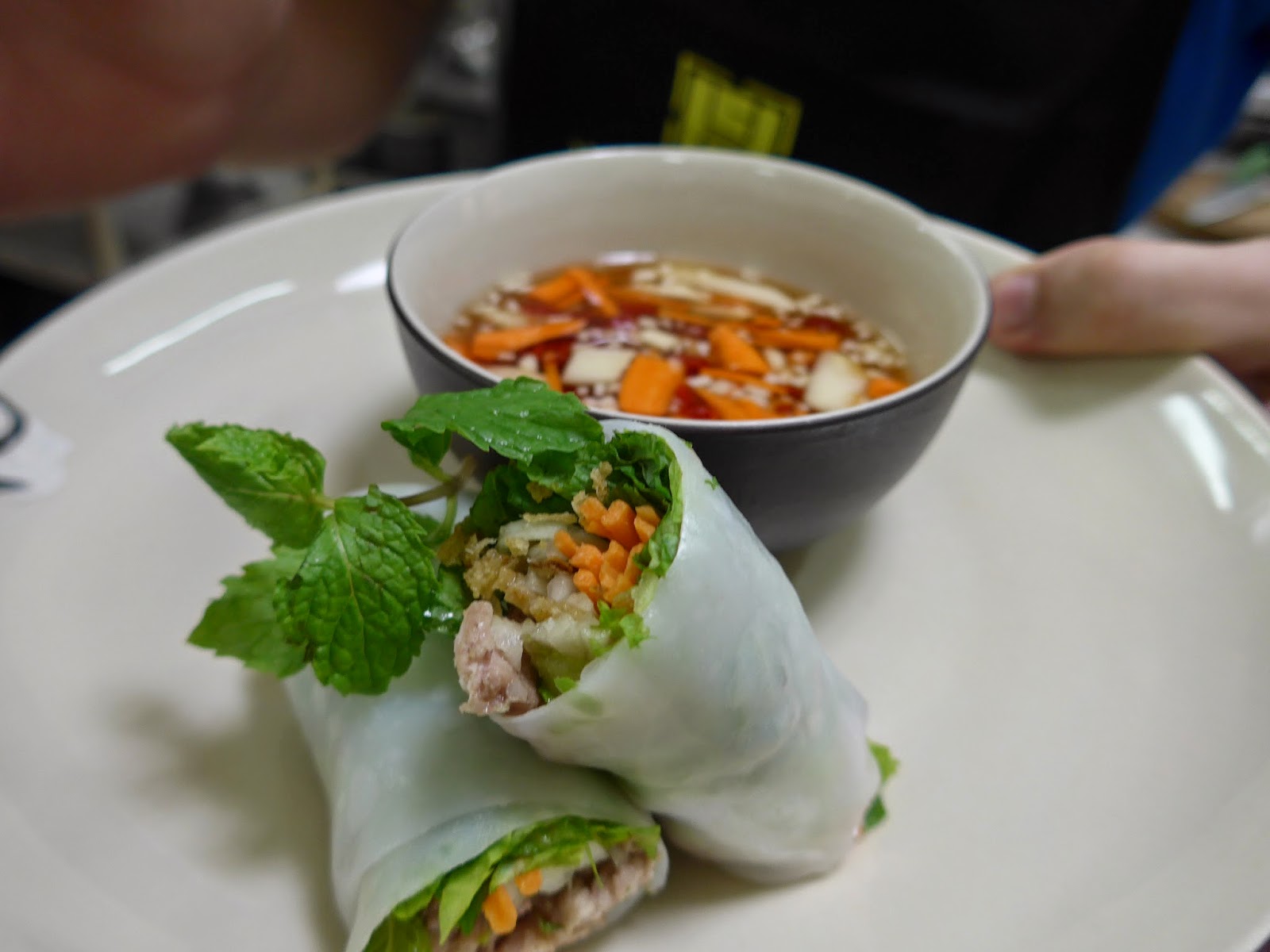 ..can you tell i got sloppy on subsequent versions? 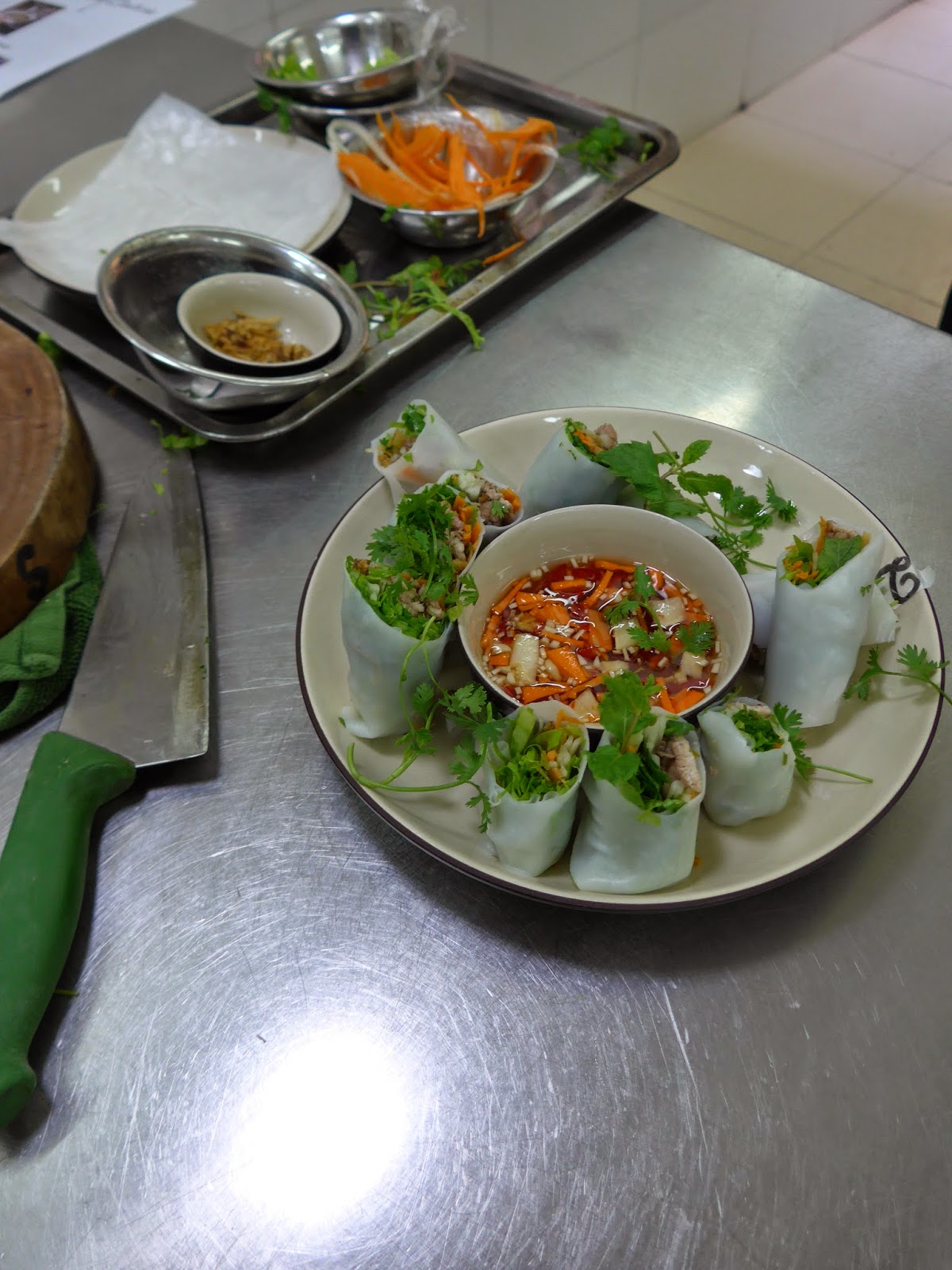 cooked this and this. 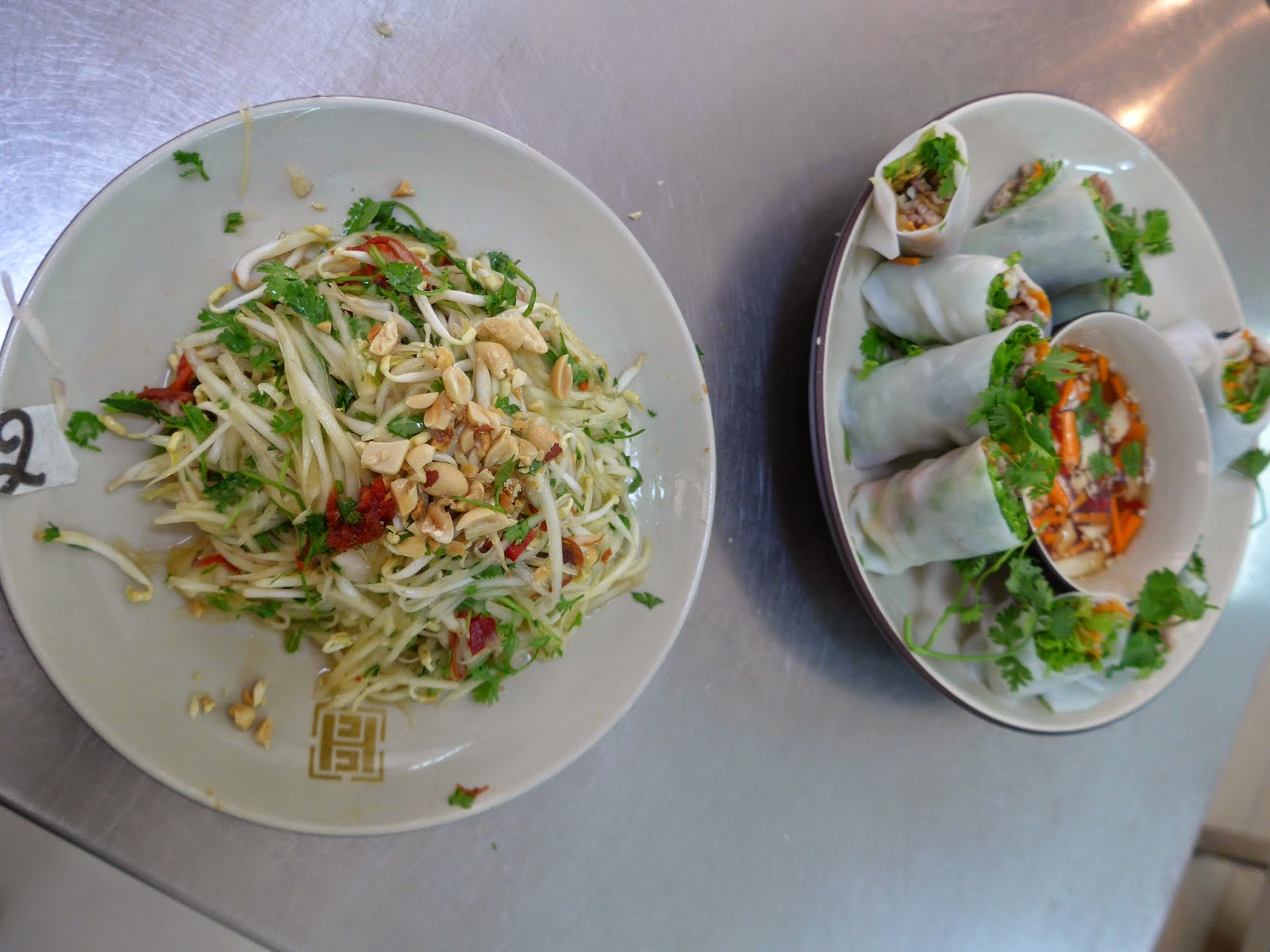 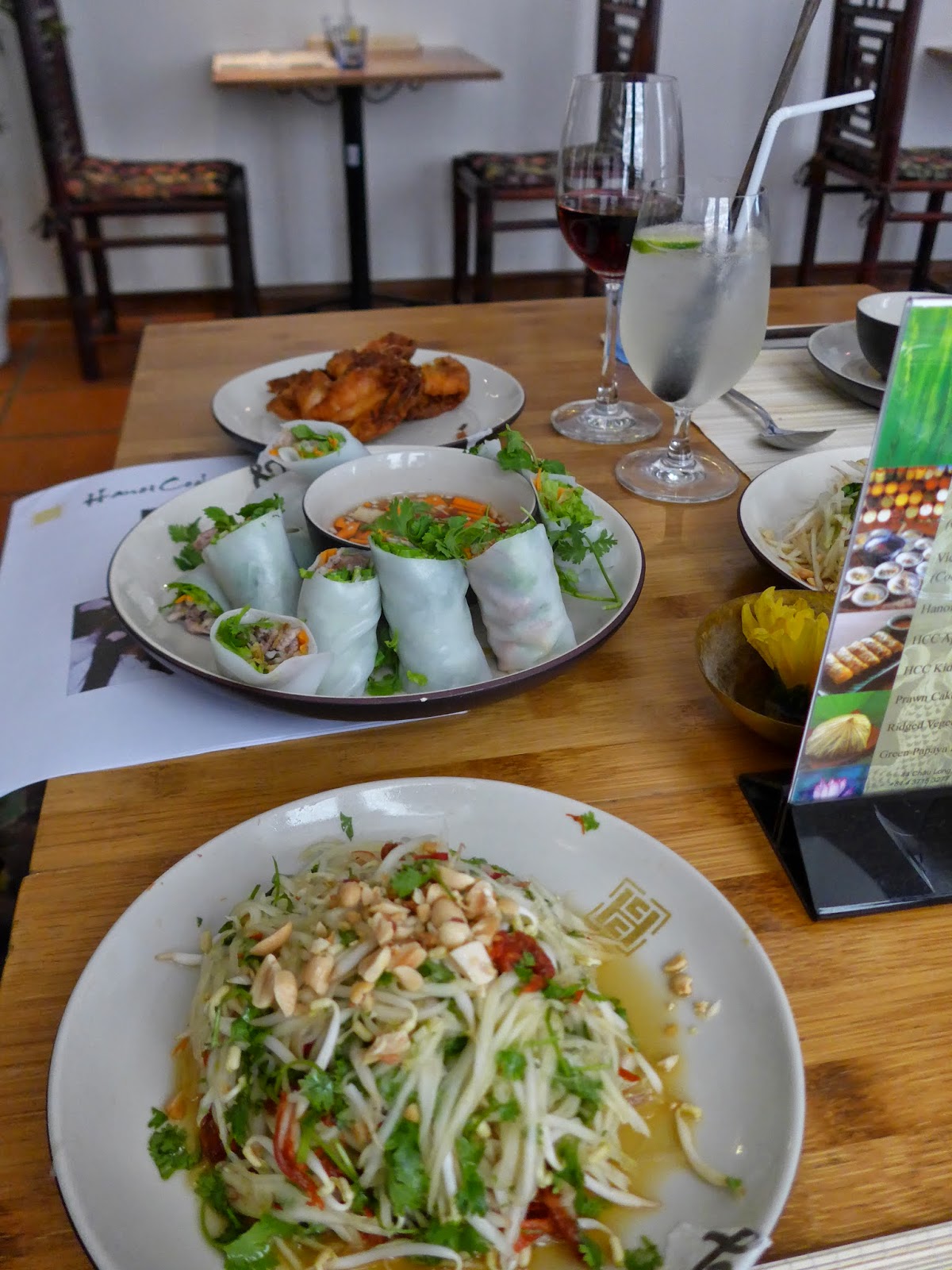 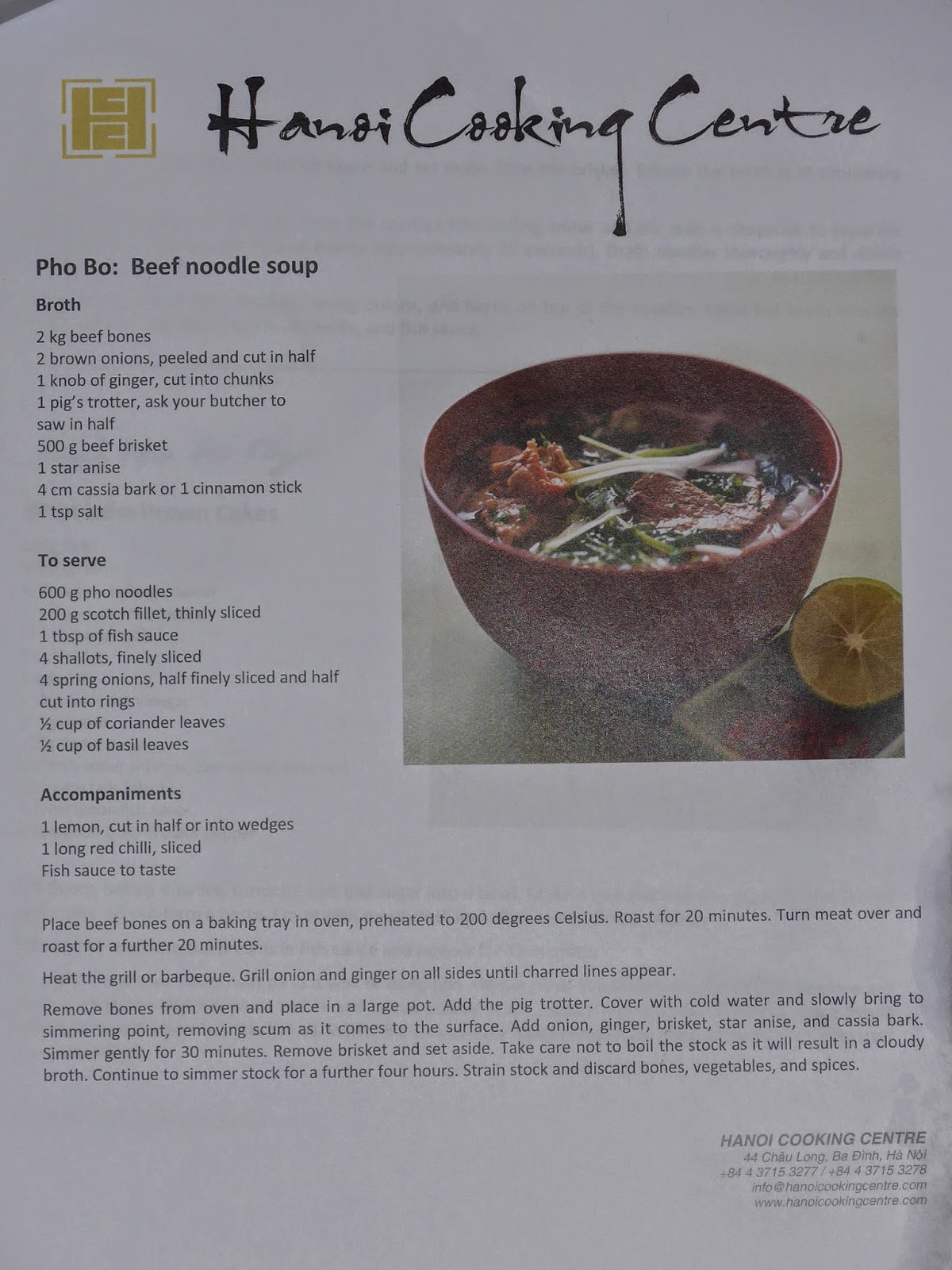 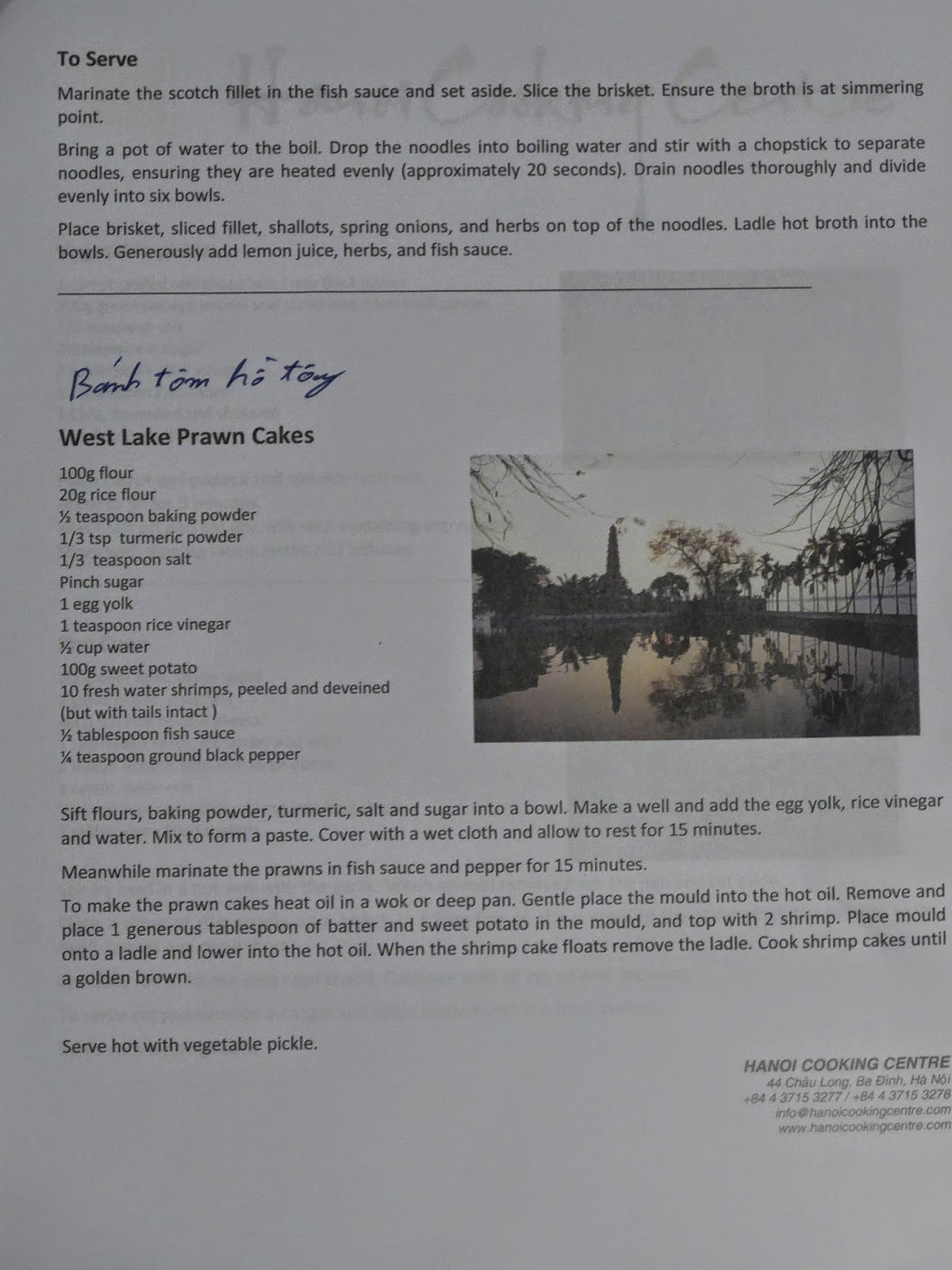 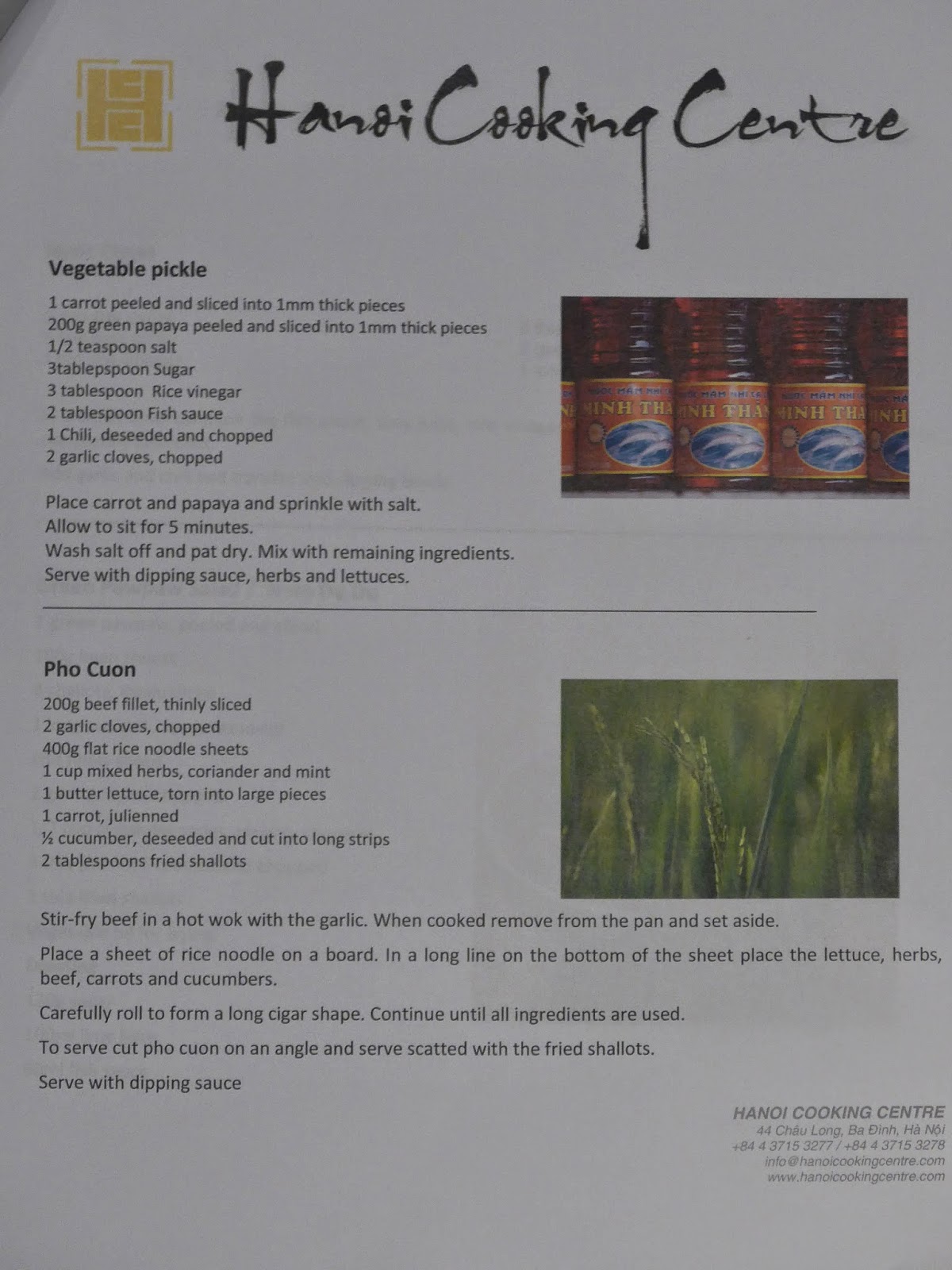 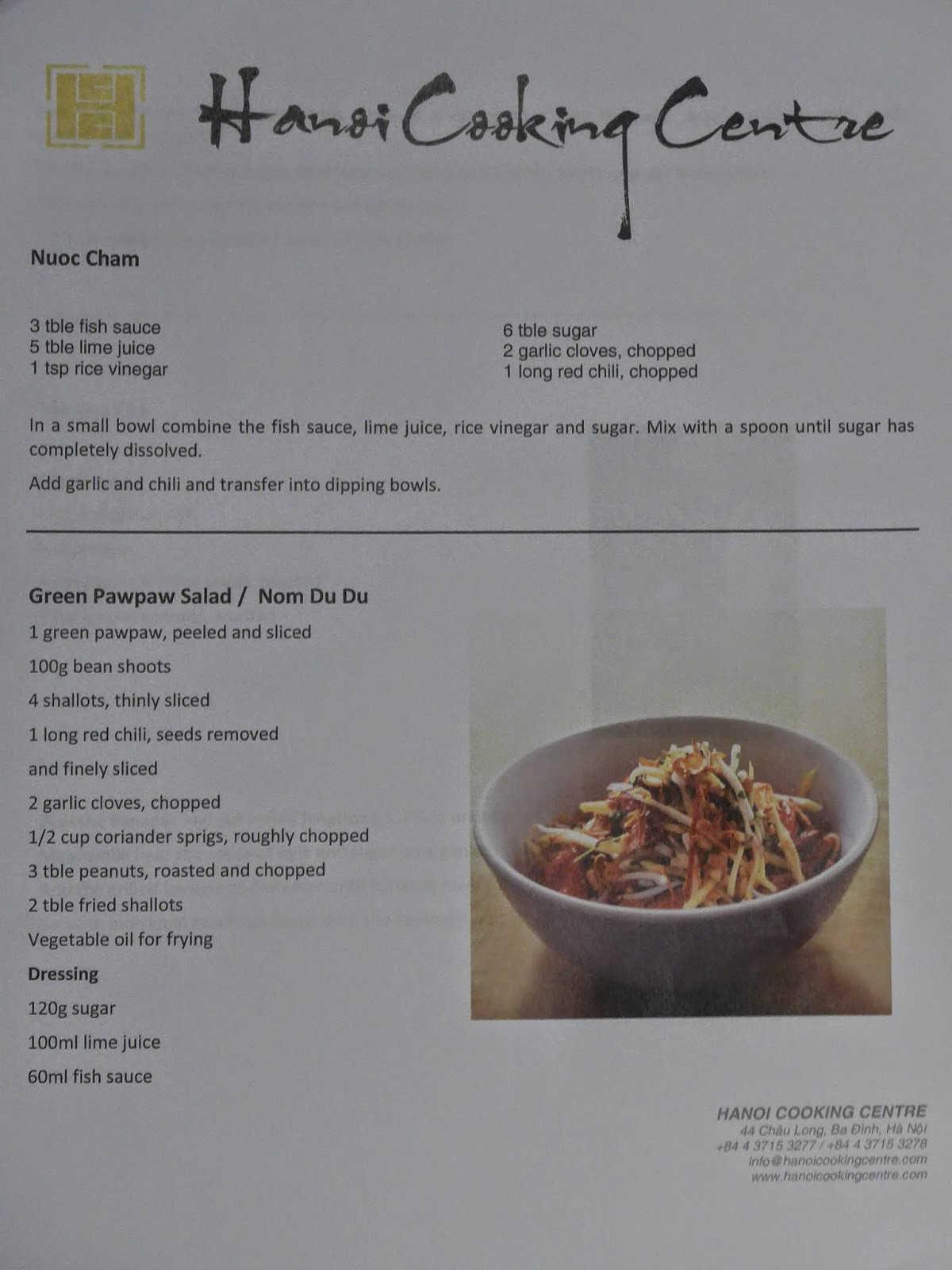 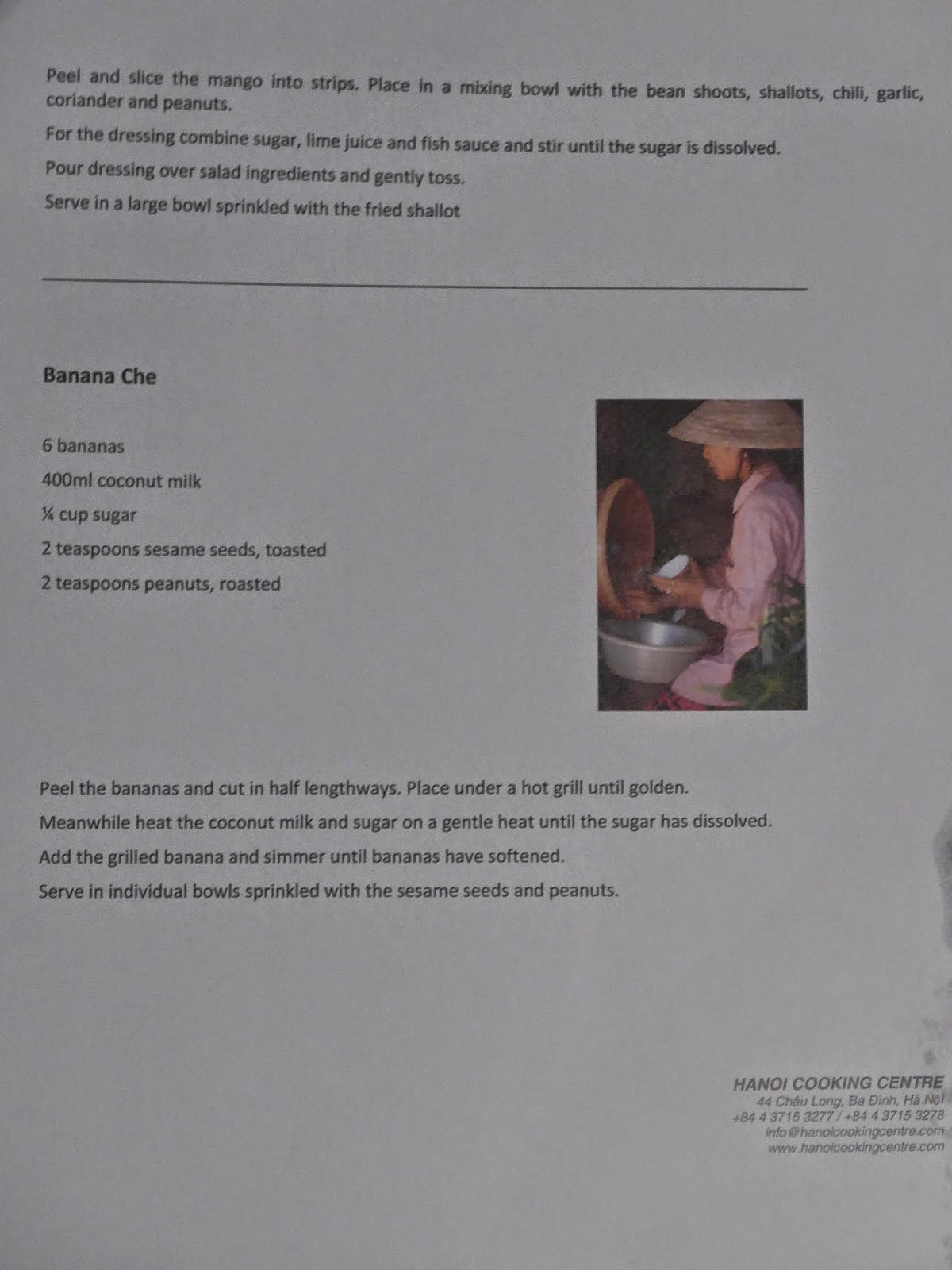 read jane jacobs' the death and life of great american cities.  mildly life-changing.  a half-century later, still prescient.  one of the best books i have ever read.  the same day i finished, i found this billboard.  we are still doing it to ourselves. 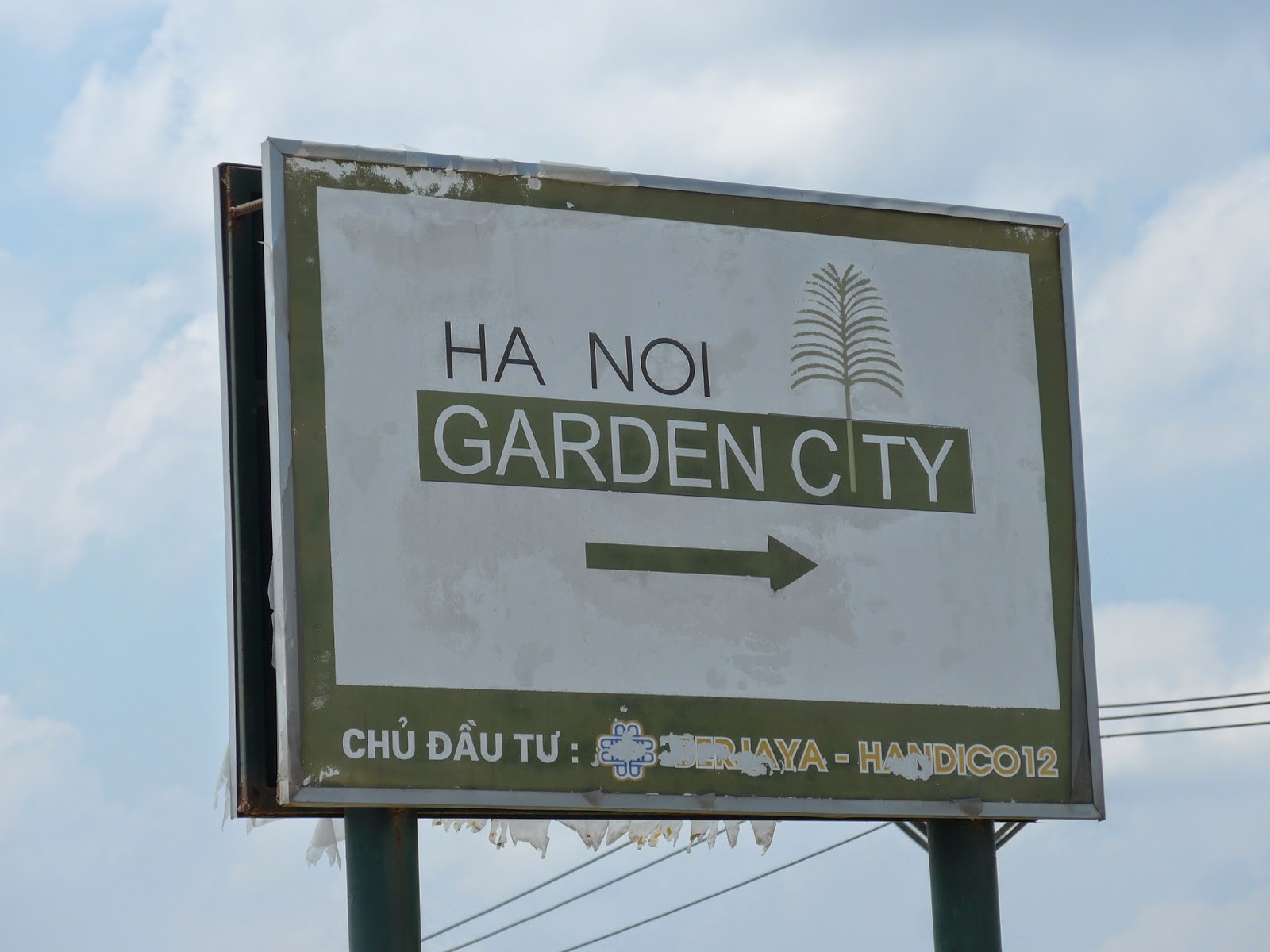 there is a wistful myth that if only we had enough money to spend-the figure is usually put at a hundred billion dollars-we could wipe out all our slums in ten years, reverse decay in the great, dull, gray belts that were yesterday's and day-before-yesterday's suburbs, anchor the wandering middle class and its wandering tax money, and perhaps even solve traffic problems.
but look what we have built with the first several billions: low-income projects that become worse centers of delinquency, vandalism and general social hopelessness than the sumls they were supposed to replace.  middle-income housing projects which are truly marvels of dullness and regimentation, sealed against any buoyancy or vitality of city life.  luxury housing projects that mitigate their inanity, or try to, with a vapid vulgarity.  cultural centers that are unable to support a good bookstore.  civic centers that are avoided by everyone but bums, who have fewer choices of loitering place than others.  commercial centers that are lack-luster imitations of standardized suburban chain-store shopping.  promenades that go from no place to nowhere and have no promenaders.  expressways that eviscerate great cities.  this is not the rebuilding of cities.  this is the sacking of cities

even residents who live near each other are strangers, and must be; because of the sheer number of people in small geographic compass.
the bedrock attribute of a successful city district is that a person must feel personally safe and secure on the street among all these strangers

the safety of the street works best, most casually, and with least frequent taint of hostility or suspicion precisely where people are using and most enjoying the city streets voluntarily and are least conscious, normally, that they are policing

children have moved from under the eyes of a high numerical ratio of adults, into a place where the ratio of adults is low or even nil.  to think this represents an improvement in city child rearing is pure daydreaming

twenty-eight children of all ages were playing on the sidewalk without mayhem, arson, or any event more serious than a squabble over a bag of candy.  they were under the casual surveillance of adults primarily visiting in public with each other.  the surveillance was only seemingly casual, as was proved when the candy squabble broke out and peace and justice were re-established.  the identities of the adults kept changing because different ones kept putting their heads out the windows, and different ones kept coming in and going out on errands, or passing by and lingering a little.  but the number of adults stayed fairly constant-between eight and eleven

city sidewalks are conventionally considered to be purely space for pedestrian travel and access to buildings, and go unrecognized and unrespected as the uniquely vital and irreplaceable organs of city safety, public life and child rearing that they are

like the belief in medical bloodletting, it was a wrong turn in the search for understanding

and if the bronx is a sorry waste of city potentialities, as it is, consider the even more deplorable fact that it is possible for whole cities to exist, whole metropolitan areas, with pitifully little city diversity and choice.  virtually all of urban detroit is as weak on vitality and diversity as the bronx.  it is ring superimposed upon ring of failed gray belts.  even detroit's downtown itself cannot produce a respectable amount of diversity.  it is dispirited and dull, and almost deserted by seven o'clock of an evening

1. the district, and indeed as many of its internal parts as possible, must serve more than one primary function; preferably more than two.  these must insure the presence of people who go outdoors on different schedules and are in the place for different purposes, but who are able to use many facilities in common.
2. most blocks must be short; that is, streets and opportunities to turn corners must be frequent.
3. the district must mingle buildings that vary in age and condition, including a good proportion of old ones so that they vary in the economic yield they must produce.  this mingling must be fairly close-grained.
4. there must be a sufficiently dense concentration of people, for whatever purposes they may be there.  this includes dense concentration in the case of people who are there because of residence.

the mob scene at lunch and the dullness at other times

american downtowns are not declining mysteriously, because they are anachronisms, nor because their users have been drained away by automobiles.  they are being witlessly murdered, in good part by deliberate policies of sorting out leisure uses from work uses, under the misapprehension that this is orderly city planning

with the extra street, the eighty-eighth street man would no longer need to walk a monotonous, always-the-same path to a given point.  he would have various alternative routes to choose.  the neighborhood would literally have opened up to him 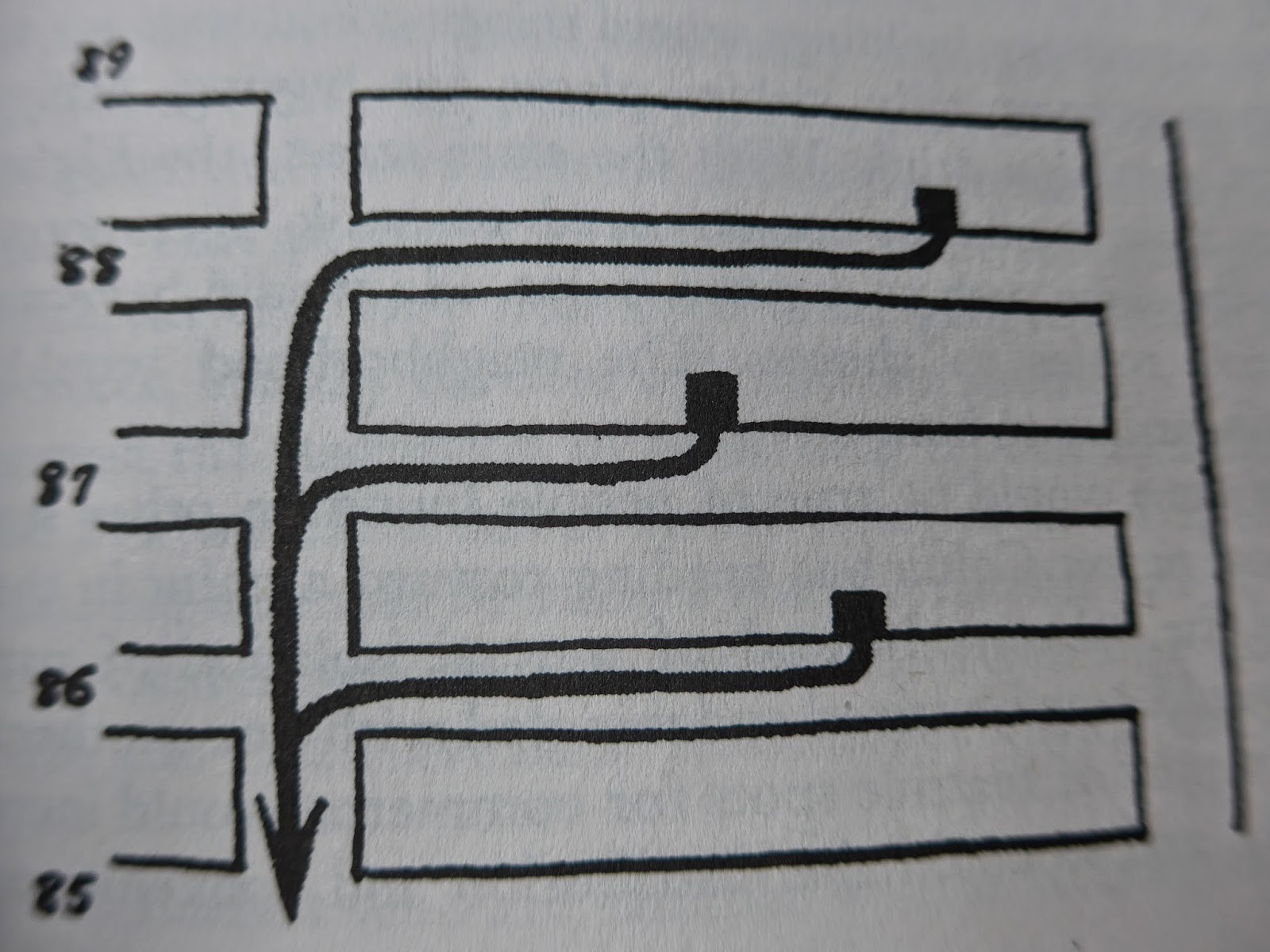 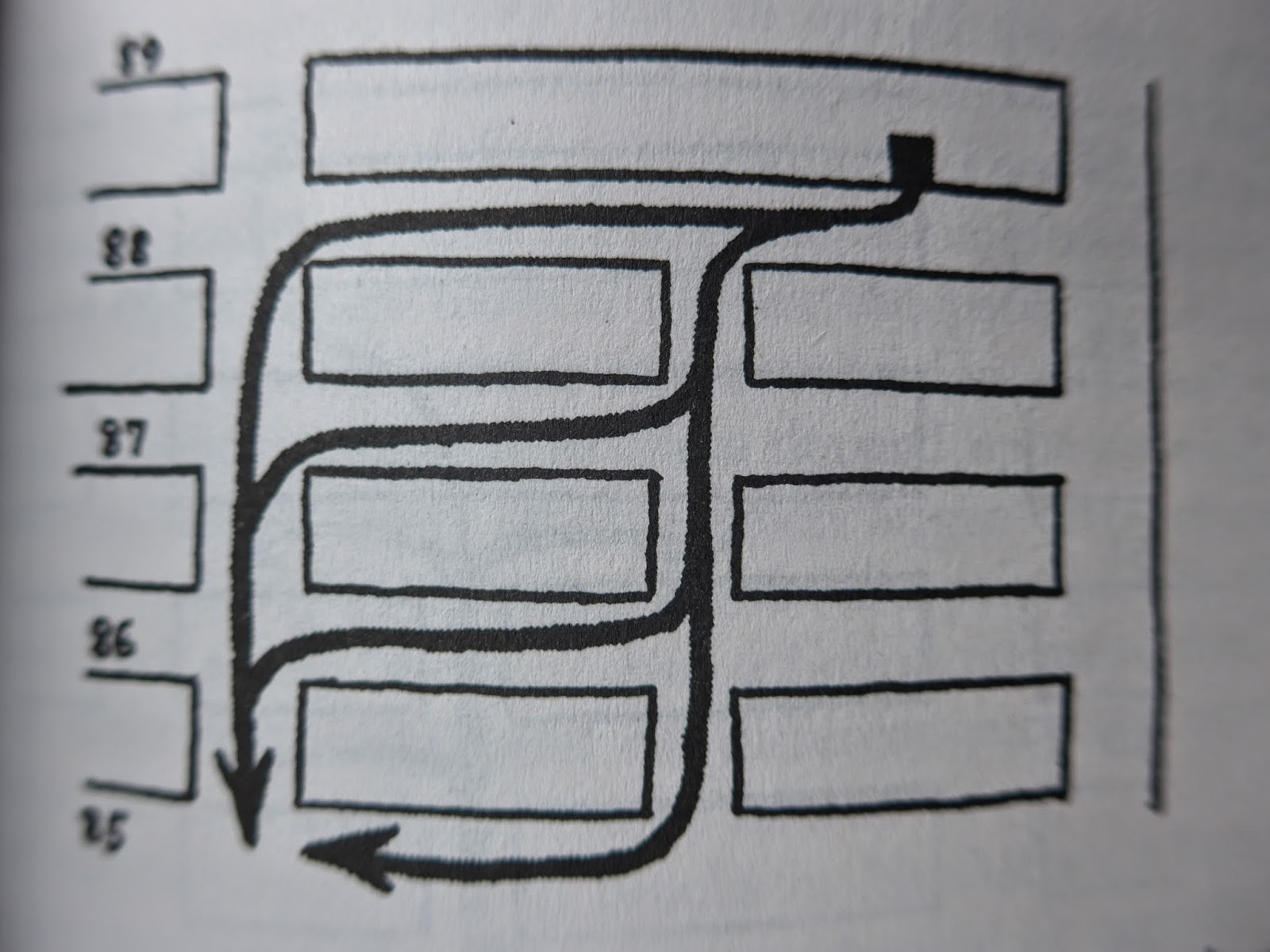 if you look about, you will see that only operations that are well established, high-turnover, standardized or heavily subsidized can afford, commonly, to carry the costs of new construction.  chain stores, chain restaurants and banks go into new construction.  but neighborhood bars, foreign restaurants and pawn shops go into older buildings.  supermarkets and shoe stores often go into new buildings; good bookstores and antique dealers seldom do.  well-subsidized opera and art museums often go into new buildings.  but the unformalized feeders of the arts-studios, galleries, stores for musical instruments and art supplies, backrooms where the low earning power of a seat and a table can absorb uneconomic discussions-these go into old buildings.  perhaps more significant, hundreds of ordinary enterprises , necessary to the safety and public life of streets and neighborhoods, and appreciated for their convenience and personal quality, can make out successfully in old buildings, but are inexorably slain by the high overhead of new construction

old ideas can sometimes use new buildings.  new ideas must use old buildings

a two-shift street..is an economically sound place for restaurants

the purpose of zoning for deliberate diversity should not be to freeze conditions and uses as they stand.  that would be death.  rather, the point is to insure that changes or replacements, as they do occur, cannot be overwhelmingly of one kind

herbert hoover had opened the first white house conference on housing with a polemic against the moral inferiority of cities and a panegyric on the moral virtues of simple cottages, small towns and grass.  at the opposite political pole, rexford g. tugwell, the federal administrator responsible for the new deal's green belt demonstration suburbs, explained, 'my idea is to go just outside centers of population, pick up cheap land, build a whole community and entice people into it.  then go back into the cities and tear down whole slums and make parks of them.
the cataclysmic use of money for suburban sprawl, and the concomitant starvation of all those parts of cities that planning orthodoxy stamped as slums, was what our wise men wanted for us; they put in a lot of effort, one way or another, to get it.  we got it

a friend of mine reached the age of eighteen believing that babies were born through their mothers' navels.  she got the idea as a small child, and whatever she heard from then on, she modified and embroidered into her initial mistake, for she was bright and ingenious.  the more she learned, the more support, therefore, she seemed to have for her notion.  she was exercising, somewhat bizarrely, one of the most universal, ingenious and distressing of human talents.  she grew a new rationalization for every one demolished, so it was impossible to clear away her misunderstanding by chopping around in its outer reaches.  to topple her fancy intellectual concoction, it was necessary to begin with the anatomy of the navel.  when her first simple misunderstanding about the nature and use of the navel was cleared up thus by her family, she promptly exercised another clever and more heartening human talent.  she cleared away the rest of her thicket of misunderstanding with such ease that she became a biology teacher (and subsequently produced a large family too).
the thicket of confusion about the workings of cities which has grown around and upon the subsidized housing project notion is no longer just in our minds.  by now it is also a thicket of legislative, financial, architectural and analytical devices applied to cities

if it is public policy to improve or to change dwelling standards for safety, sanitation, amenity or street design, then this public policy must be expressed for the public-not for an arbitrarily selected, guinea-pig part of the public

it is ridiculous to consider that our great cities-various, vital, ever changing-should depend for rebuilding on a handful of authorities and huge builder barons

the processes that occur in cities are not arcane, capable of being understood only by experts.  they can be understood by almost anybody.  many ordinary people already understand them; they simply have not given these processes names

it may be romantic to search for the salves of society's ills in slow-moving rustic surroundings, or among innocent, unspoiled provincials, if such exist, but it is a waste of time.  does anyone suppose that, in real life, answers to any of the great questions that worry us today are going to come out of homogeneous settlements?