live at the end of this driveway. 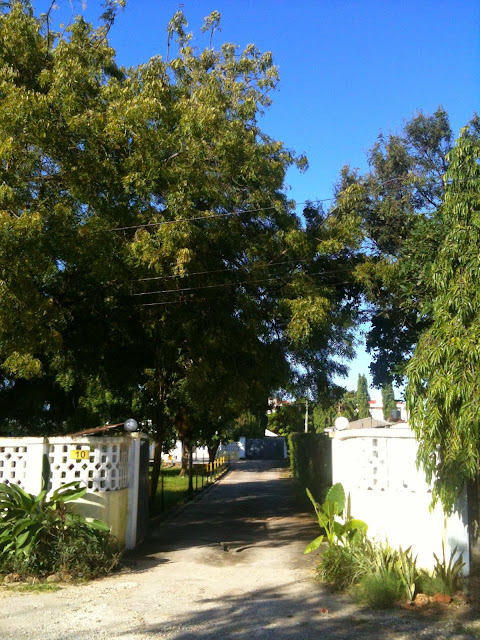 watched a gecko eat a fly. they are t-rexes the way cats are lions.  and mosquitos are foot fetishists.  and swahili has its flaws.  and and and the onion will always be the best.

should switch my energies to endeavors that don't scale well.  did scaling well drive the newspaper industry's plummeting standards?  also curious if companies that ask you to leave a review bias their ratings.  are customers badgered into online feedback more likely to just leave a 5 out of 5 and be done with it?

did not know japanese erotica started so long ago. 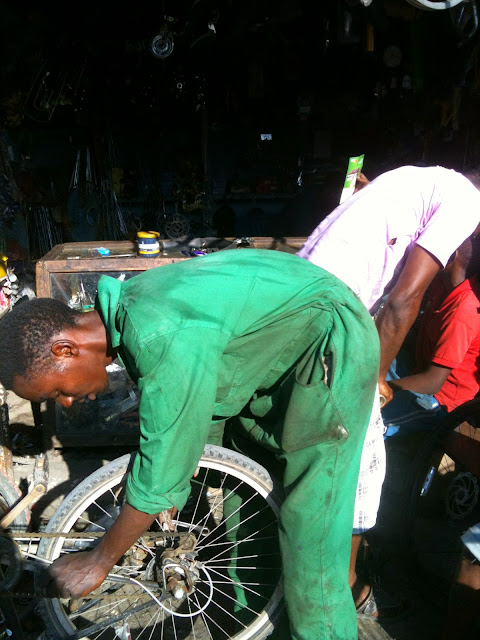 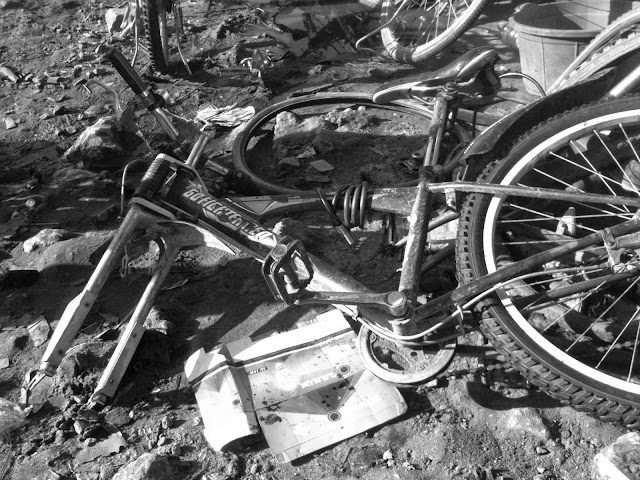 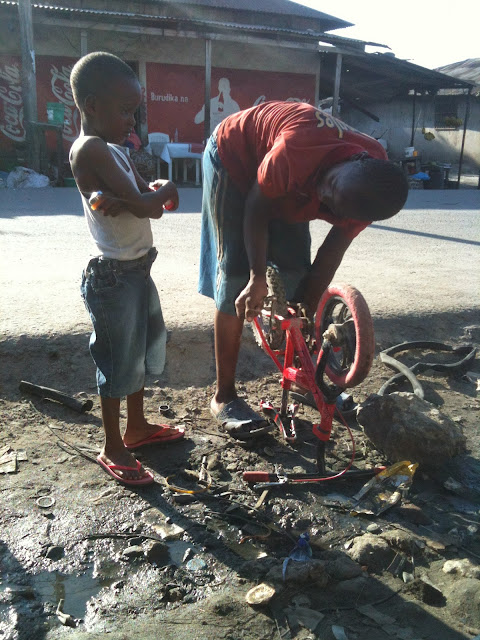 apologize now.  the dogs who live here are going to get fat. 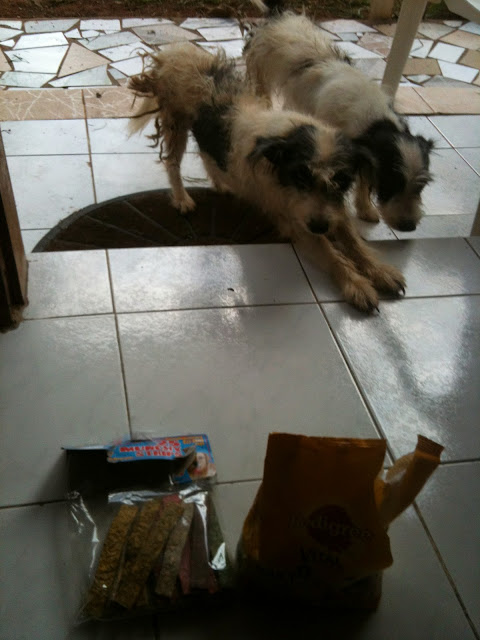 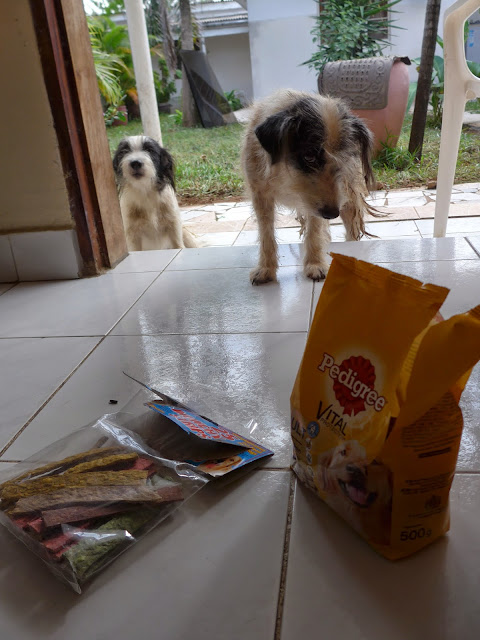 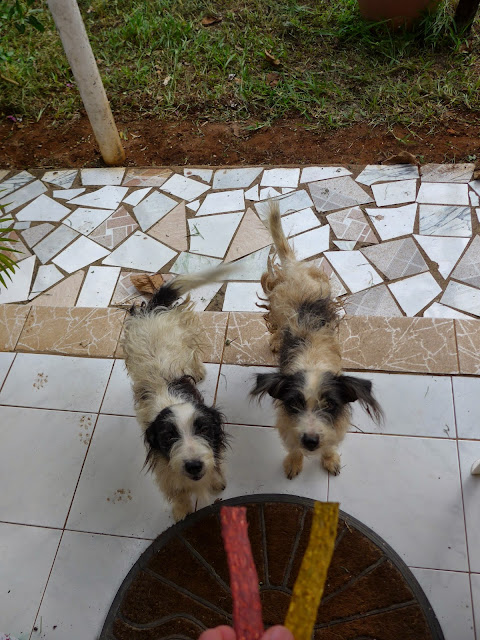 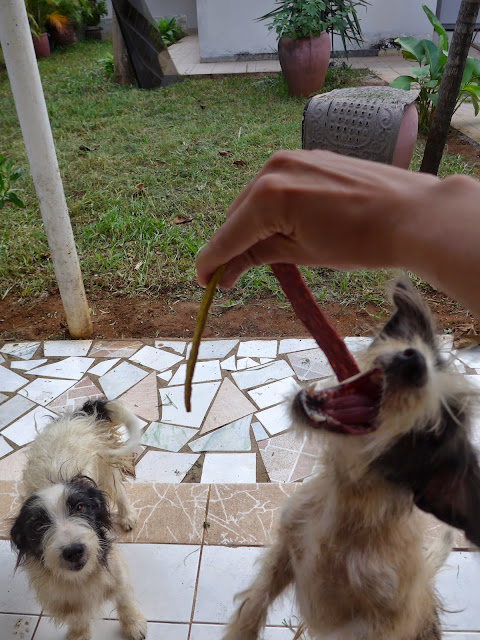 listened to some history of the english language.  the indo-european tribe had a regional advantage, an early genetic mutation allowing digestion of milk past infancy.  plus horses.  similar, separate genetic mutations occurred in the agricultural societies of the middle east and among the tutsis.  plus chariots.  said that already, didn't i?  the reason bangladesh and iceland have the same word for mouse, many more.

carved toward the southwest chilean coastline. 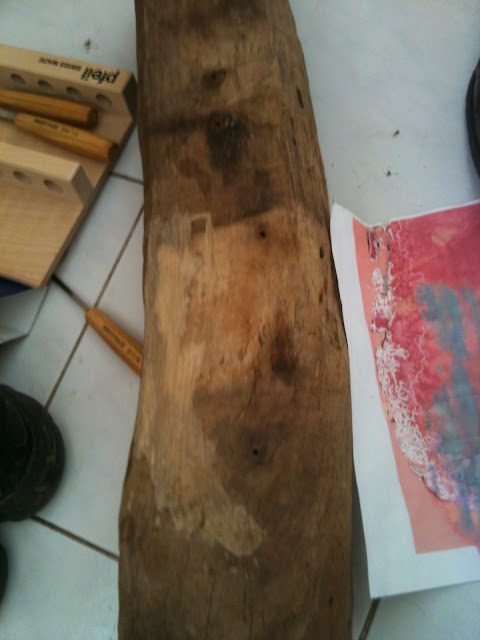 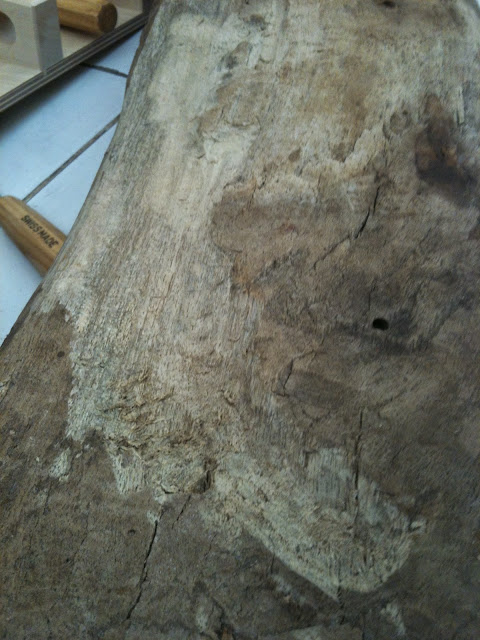 
use the biggest chisel they can for any given task

you'll be tapping the carving tool with a mallet, not pushing it

complete all background carving before doing any work on the free-standing parts of the design.  this is not an arbitrary rule, but rather a method that greatly simplifies the work

sandpaper destroys the tool marks that bear witness to serious handwork, and in an age of some very good plastic imitations, this is a serious consideration

rabbet the perimeter of the panel

step back and view your work from a distance (6 ft. to 8 ft. away) as you complete each section of the carving

work in broad strokes, to rough-out the carving, then do the details

use a scotch brite pad or 000 steel wool on the final coat.  it's most important to coat the back of the carving and frame with the same number of coats as the front, thus allowing it to breath evenly and not warp.  finally, apply a coat of minwax or carnuba floor wax and buff with...a soft cloth

driving a tool straight down into the wood..wedges the wood fibers apart, rather than slicing them, and leaves weak areas that are likely to chip out later

trace the bottom of the cup to form a circle, and then sketch a smaller circle freehand in the center of the first one.  next, draw in petals and round their ends 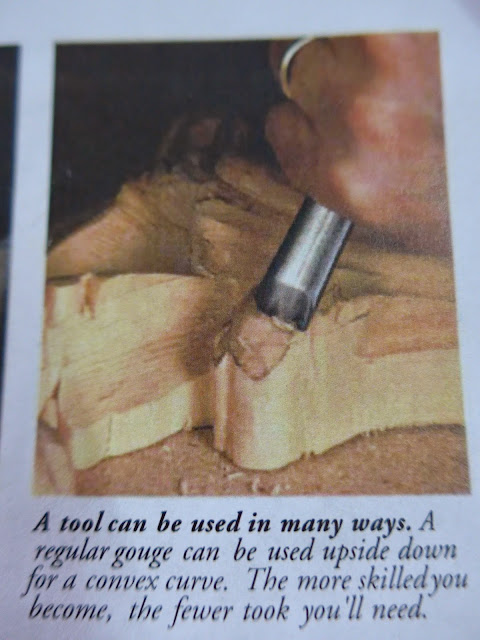 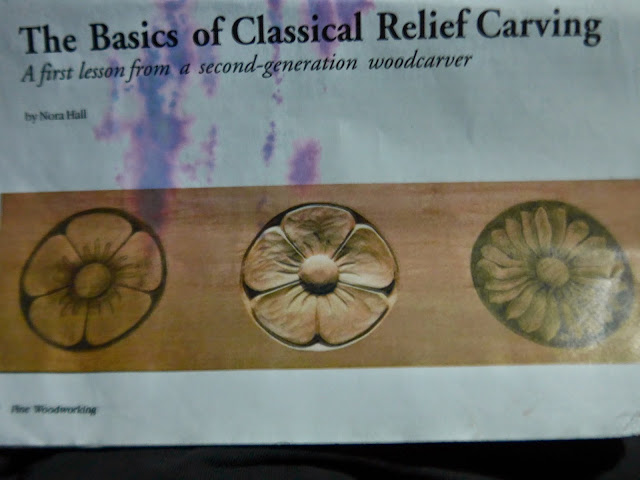 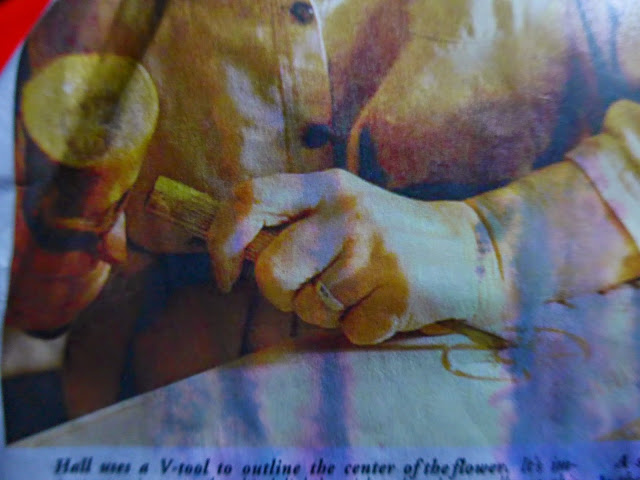 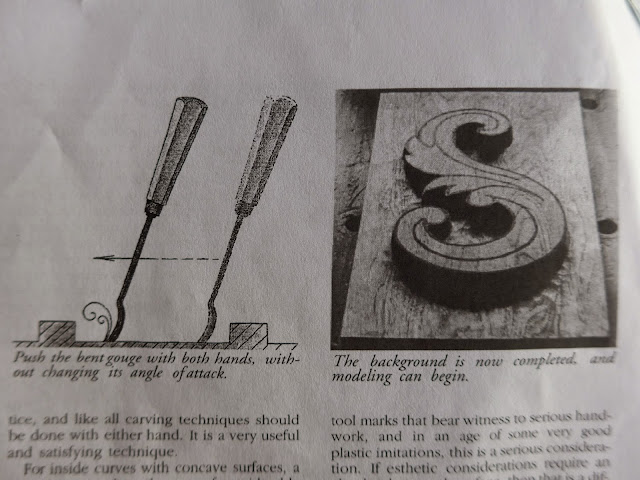