worked.  a lot.  from istanbul. 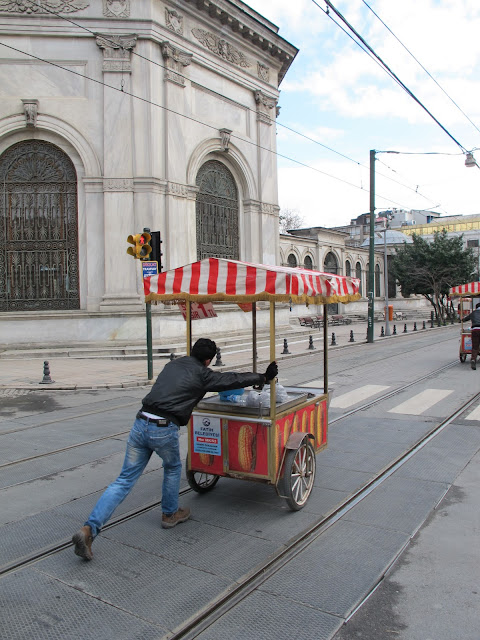 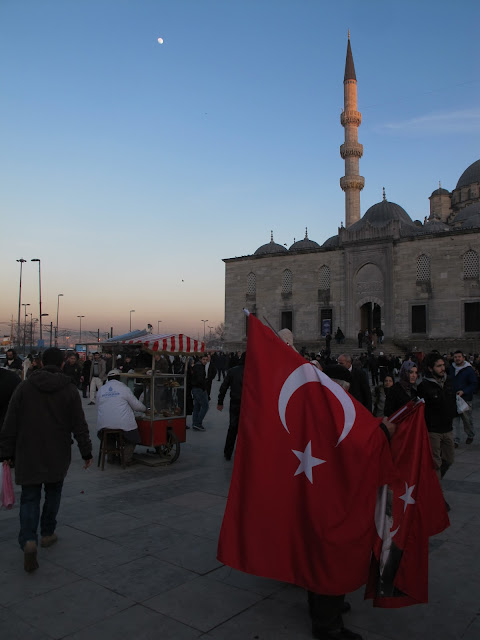 had the city to myself.. 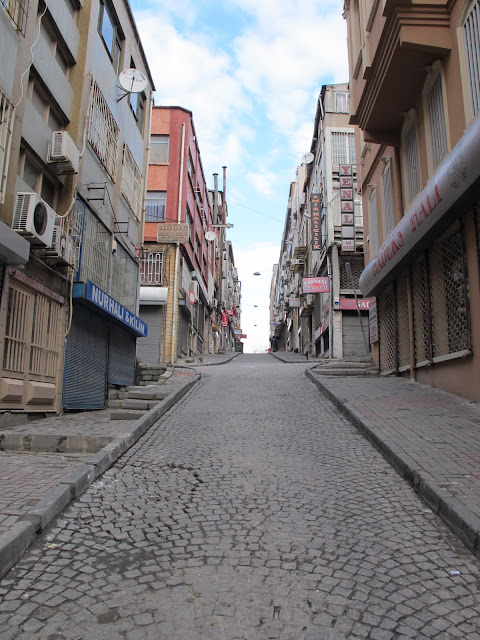 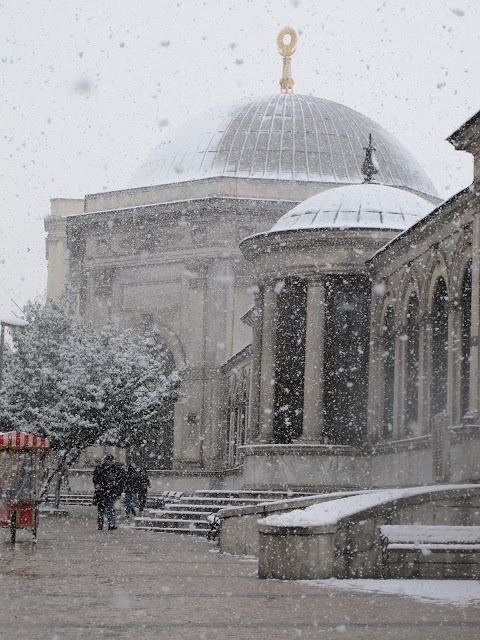 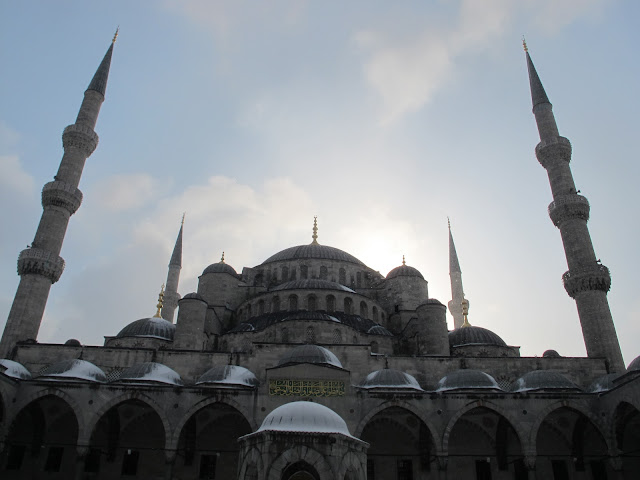 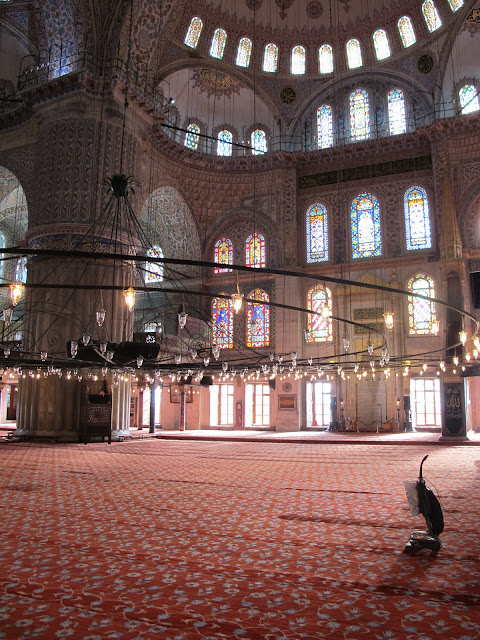 and the not-as-pretty on the outside but better on the inside, 1500 year old aya sofya. 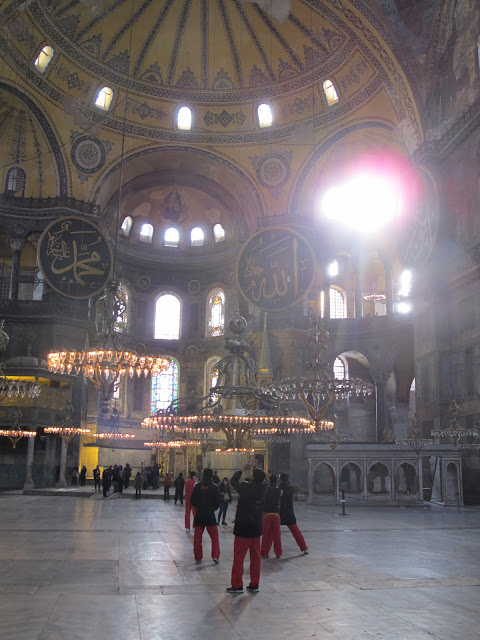 overheard americans: "which corner do you think has the elevator?"  next to the sultan's time machine room, idiots. 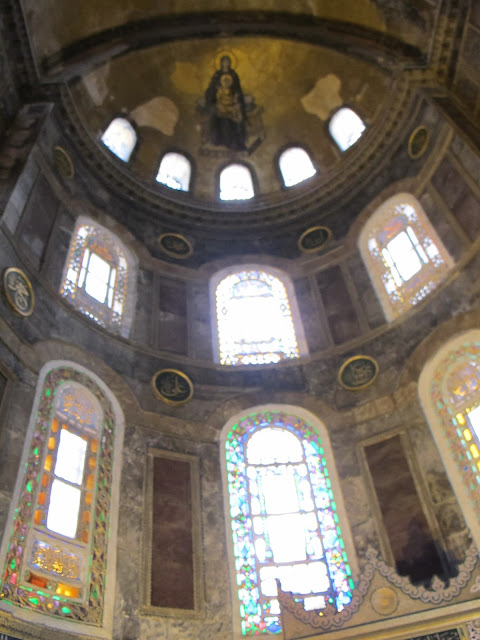 worried these would fall down, land perfectly balanced on edge, then roll toward me indiana jones boulder-style. 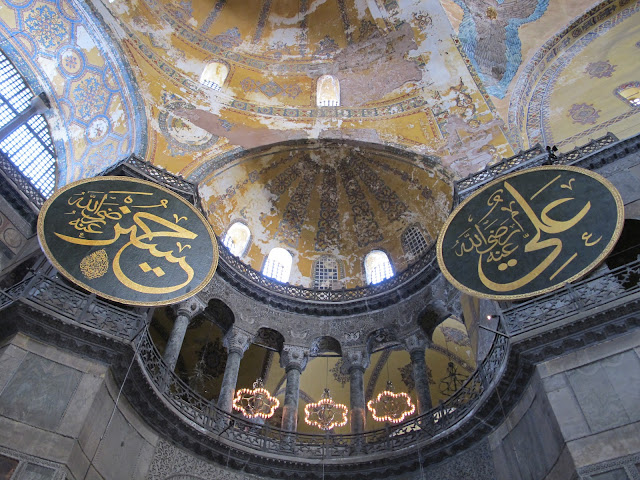 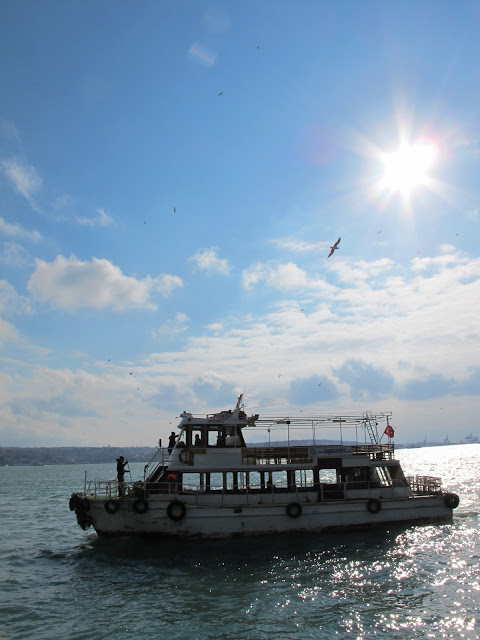 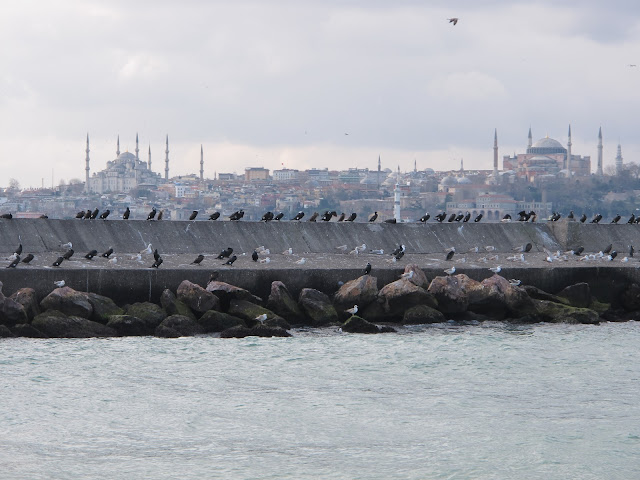 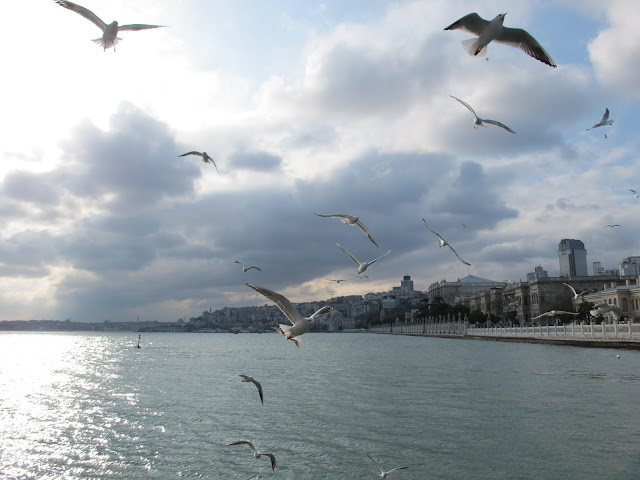 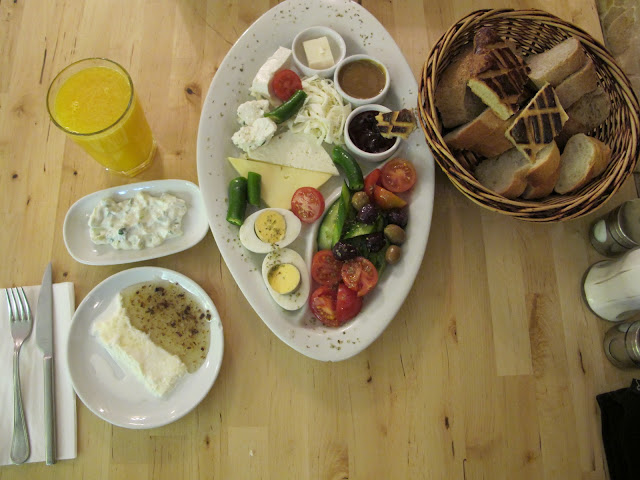 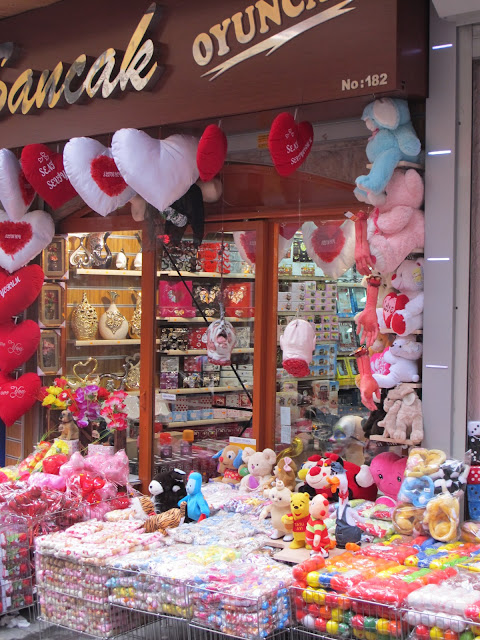 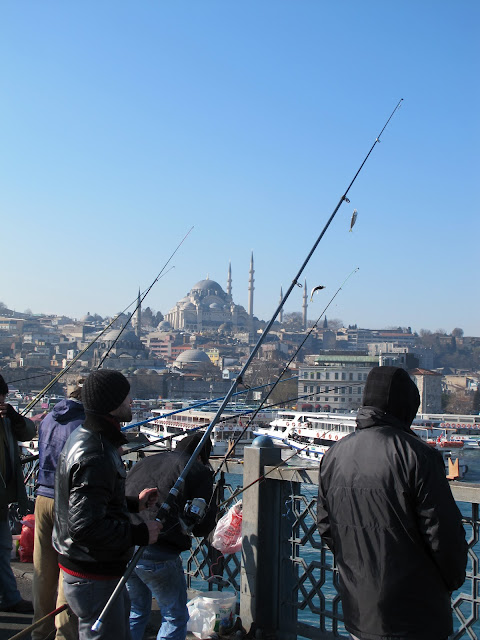 walked through the palace where ataturk died.  wire to buckingham palace:  our guards are both frozen and encased in glass.  your move. 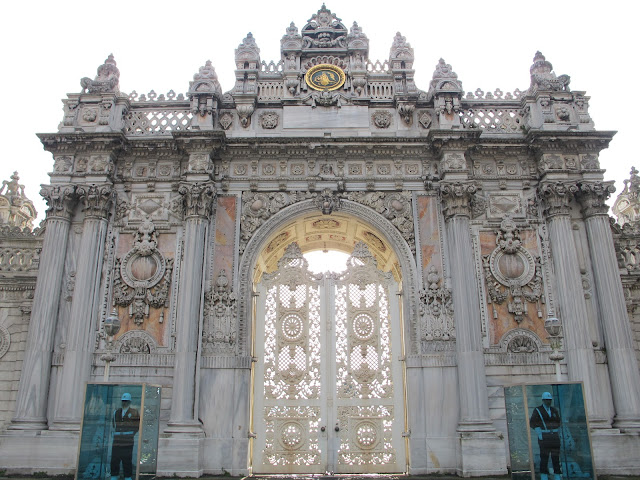 dove down into 1500 year old cisterns.  they're just columns and nothing.  i guess one of the emperors preferred hades to bacchus.. 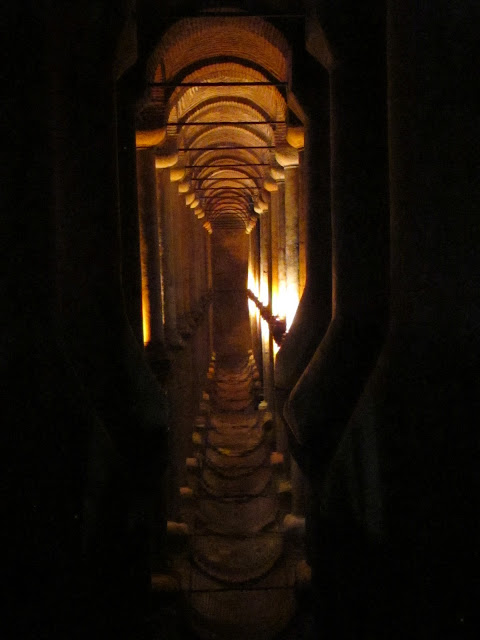 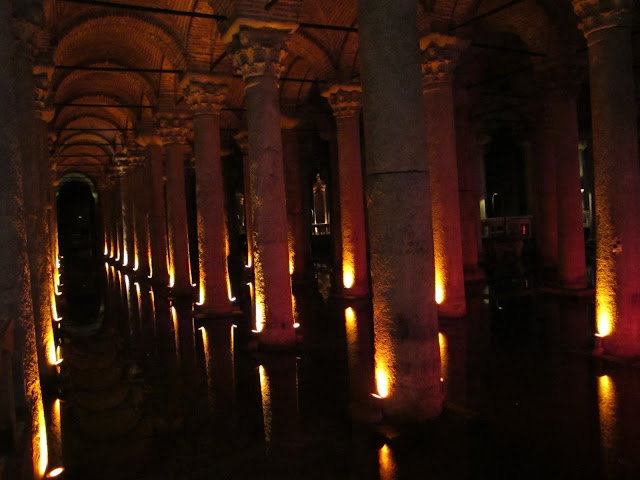 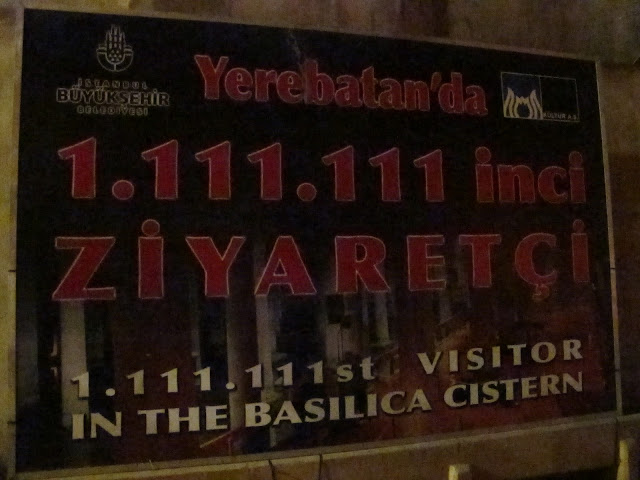 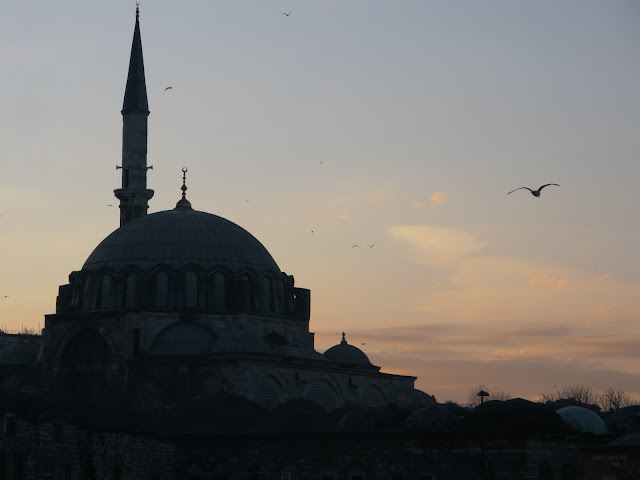