published on vulnerable americans: dementia, the medicaid gap, health disparities in that gap, and the remaining uninsured by race and ethnicity.

could not identify serbia on a map.  not important, a quiet place to work. 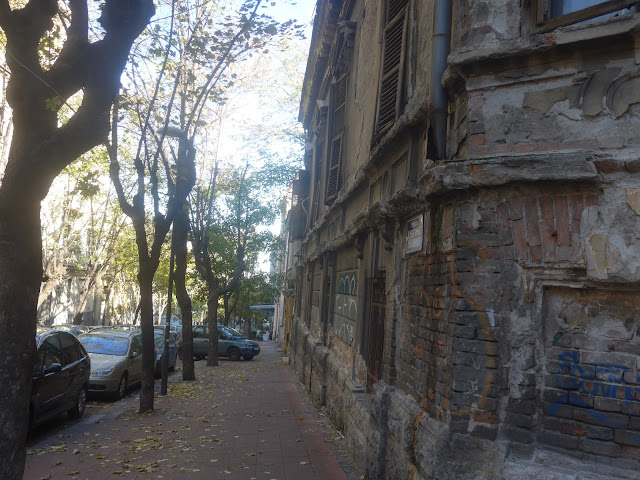 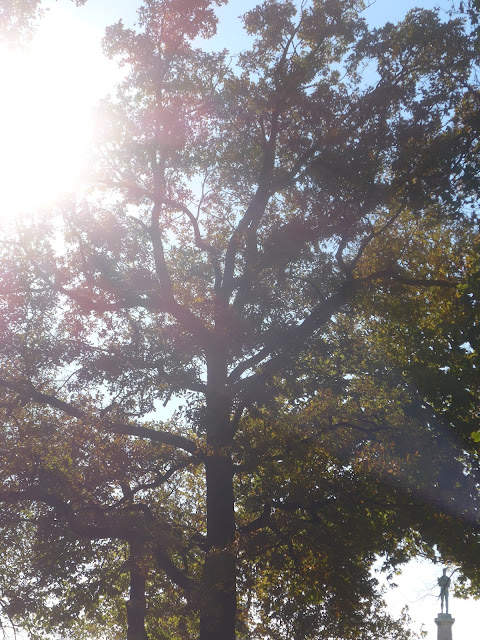 celebrated the scientific discovery that salted meats are well worth the risks.  yes they are. 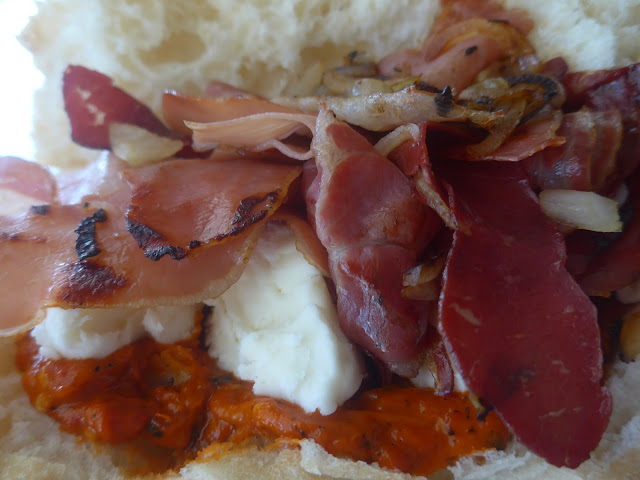 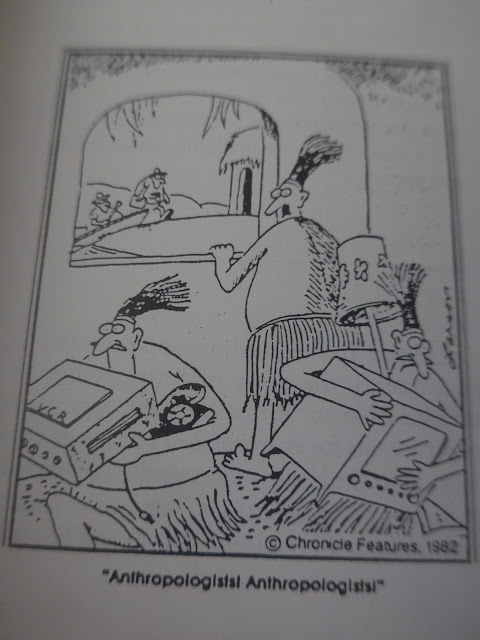 the elements in spoken language seldom bear anything other than an arbitrary relationship in their meaning.."ding-dong" may sound like a bell to speakers of english but not to germans, for whom bells say "bim-bam."

native speakers can distinguish between grammatical and nongrammatical sentences even when they have never heard particular combinations before.  a classic example is: a. colorless green ideas sleep furiously. b. furiously sleep ideas green colorless.

about 14 percent of the most basic words in a language's vocabulary will be replaced every 1,000 years

the total animal biomass - the weight of all the spiders, insects, worms, snakes, mammals, and so on - in a hectare of central amazon rain forest is 45 kilograms.  this compares with 304 kilograms in a dry east african thorn forest. in east african savannah grasslands, 627 kilograms of large herbivores are found per hectare, far outweighing all the large and small animals found per hecare in the amazon

a common feature of melanesian redistributive feasts is that the guests gorge themselves with food, stagger off into the bush, stick their fingers down their throats, vomit, and then return to eating with renewed zest

for the polyandrous tamil of the malabar coast of india, the semen of several different males is believed to contribute to the growth of the same fetus

kin terminological systems are never the planned product of any inventive genius.  most people are unaware that such systems even exist.  clearly, the major features of these systems represent recurring unconscious adjustments to the prevailing conditions of domestic life 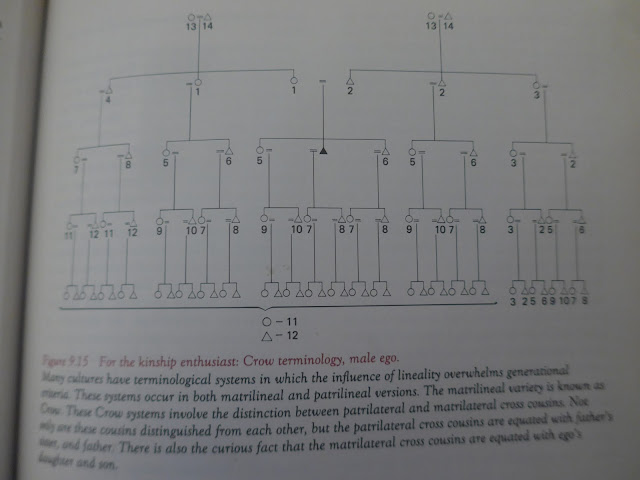 the occasional killing of a supposed sorcerer results in much more than the mere elimination of a few actual or potential antisocial individuals.  these violent incidents convince everyone of the importance of not being mistaken for an evildoer.

the inca ate his meals from gold and silver dishes in rooms whose walls were covered with precious metals.  his clothing was made of the softest vicuna wool, and he gave away each change of clothing to members of the royal family, never wearing the same garment twice.  the inca enjoyed the services of a large number of concubines who were methodically culled from the empire's most beautiful girls.  his wife, however, to conserve the holy line of descent from the god of the sun, had to be his own full or half sister.  when the inca died, his wife, concubines, and many other retainers were strangled during a great drunken dance in order that he suffer no loss of comfort in the afterlife.  each inca's body was eviscerated, wrapped in cloth, and mummified.  women with fans stood in constant attendance on these mummies, ready to drive away flies and to take care of the other things mummies need to stay happy

statistical correlations exist among (1) protein scarcities, (2) nursing of children for 1 year or more, (3) prohibition of sexual relations between husband and wife for 1 year or more after the birth of their child, (4) polygyny, (5) domestic sleeping arrangements in which the mother and child sleep together and father sleeps elsewhere, (6) child training by women, (7) patrilocality, and (8) severe male initiation rites 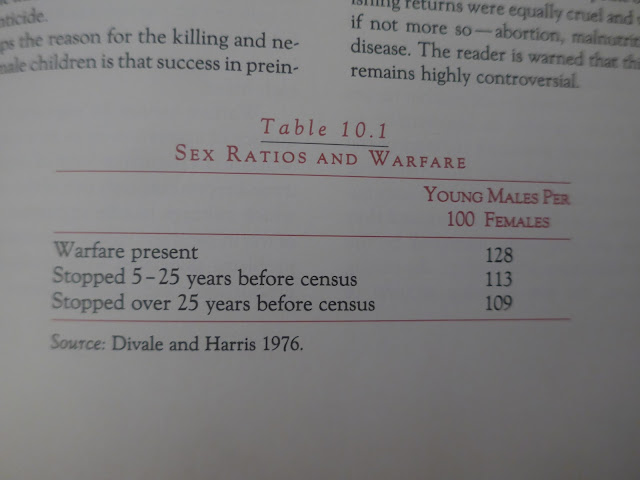 in several parts of africa, clitoridectomy was followed by a procedure in which the two sides of the vulva are attached to each other by stitching with silk or catgut sutures or by thorns, thus preventing vaginal intercourse until their removal at the time of marriage 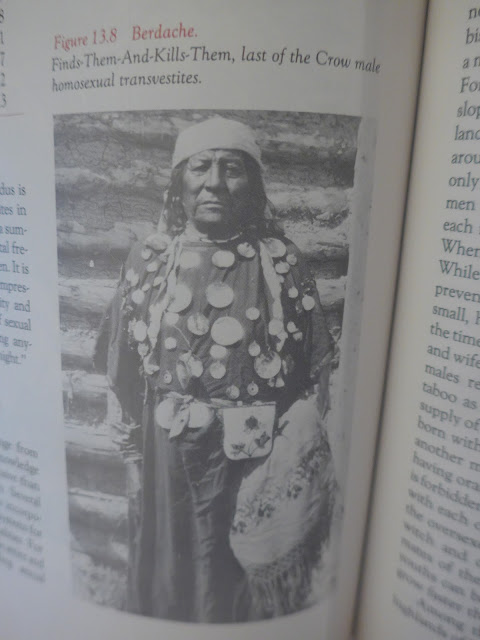