received a promotion.  hannes released version 1.0.0 of his database connectivity software after months of testing.

landed in amsterdam two days later.  they hooked me up with kick brakes, first of my adult life. 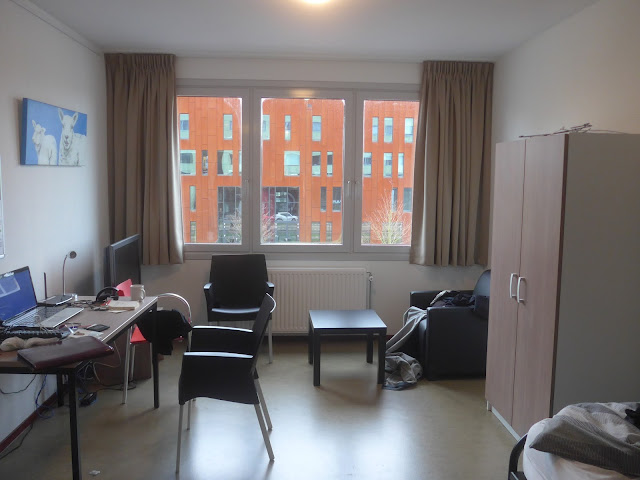 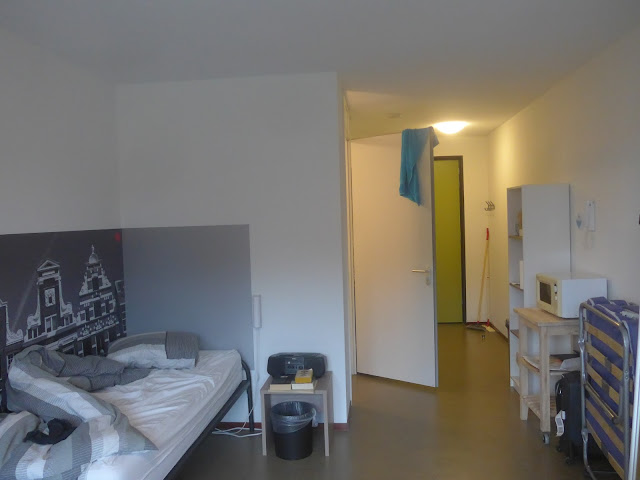 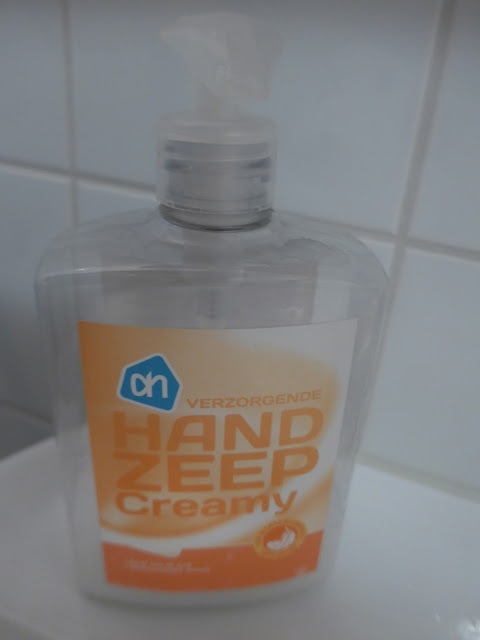 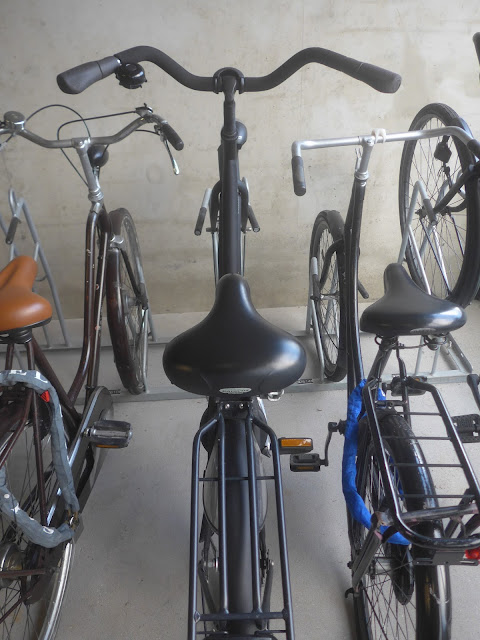 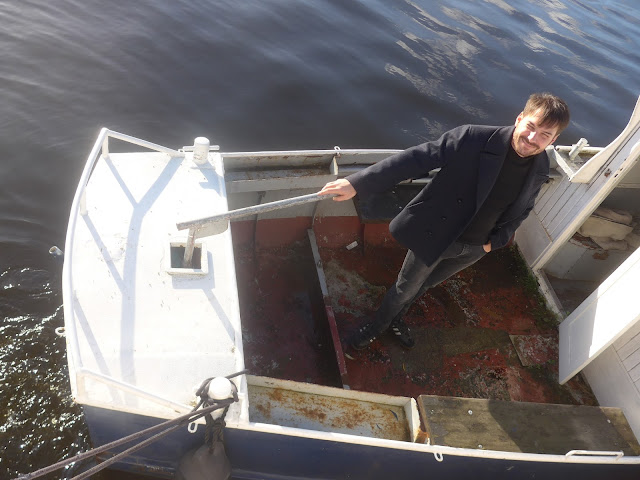 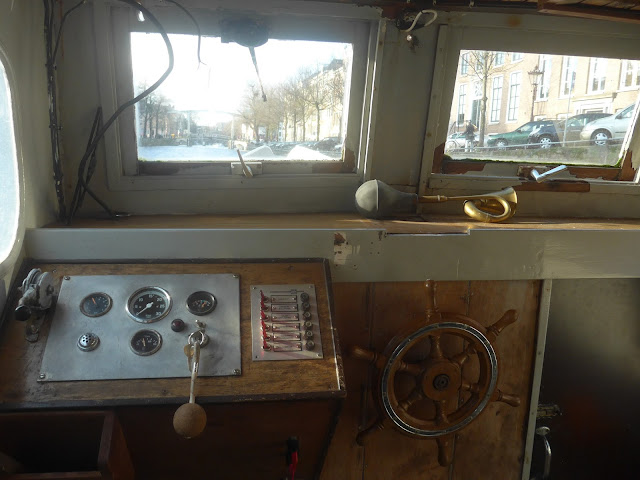 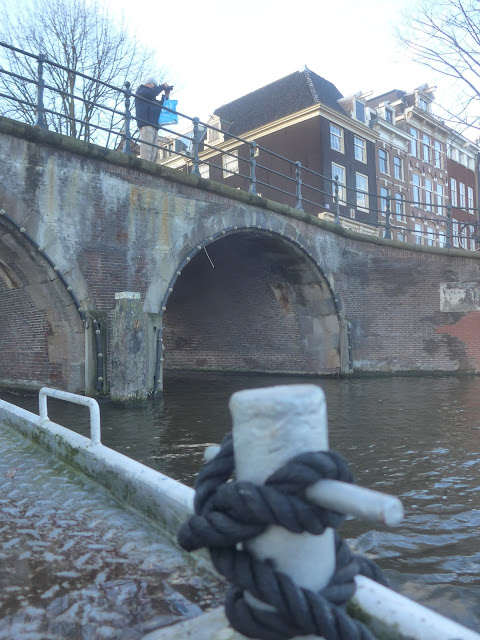 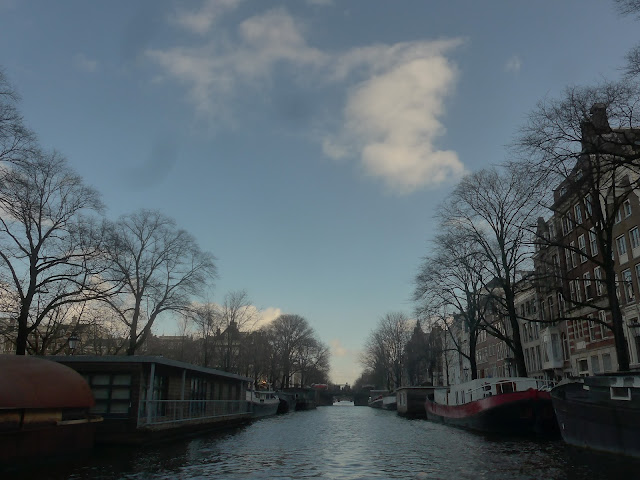 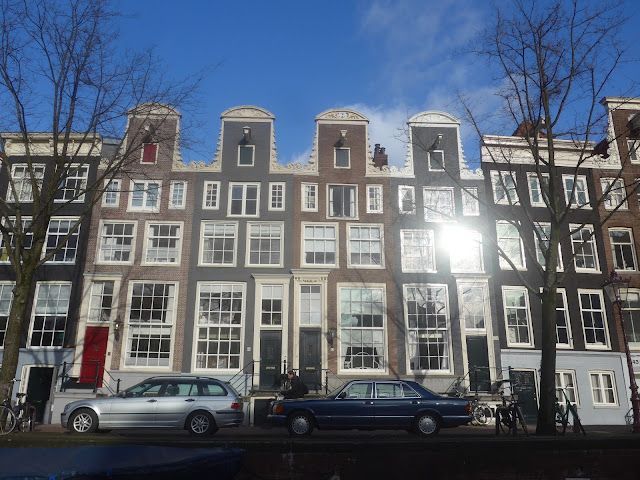 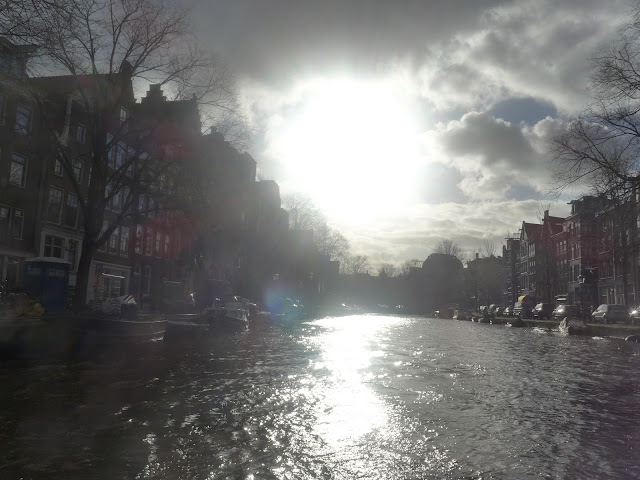 had a little taste of houseboat culture.. 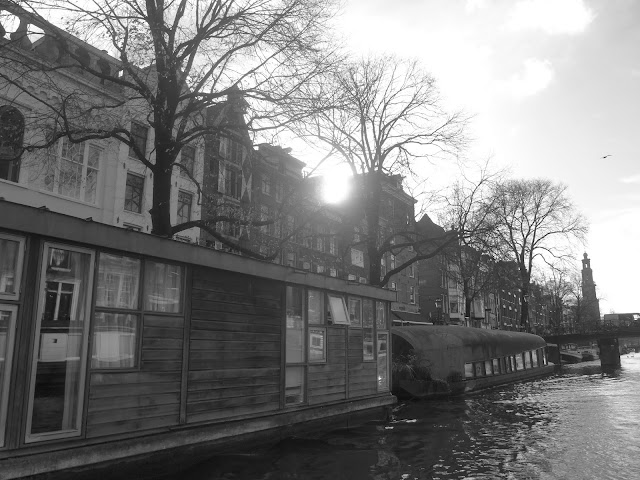 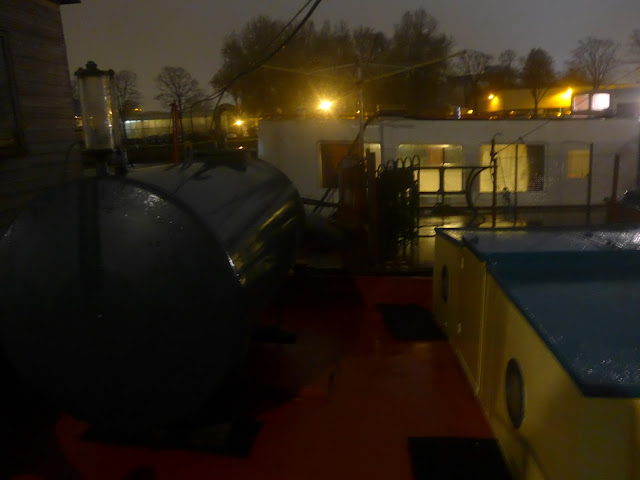 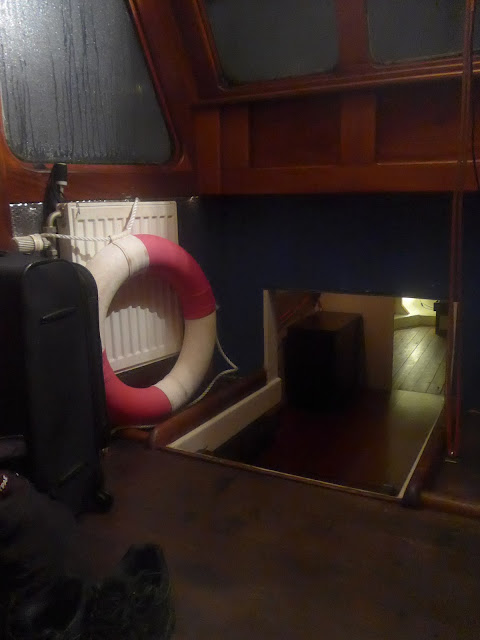 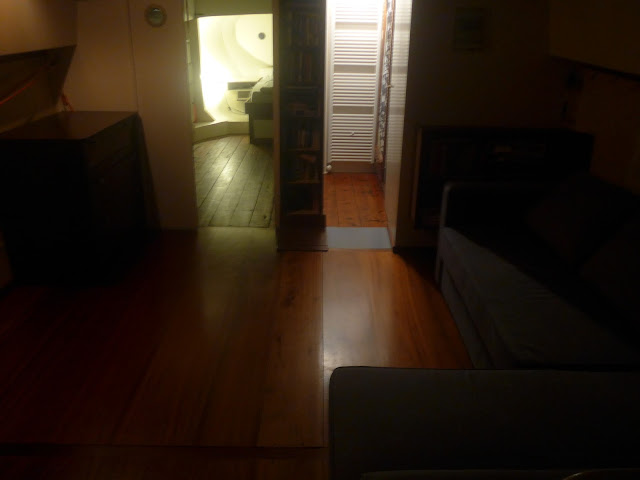 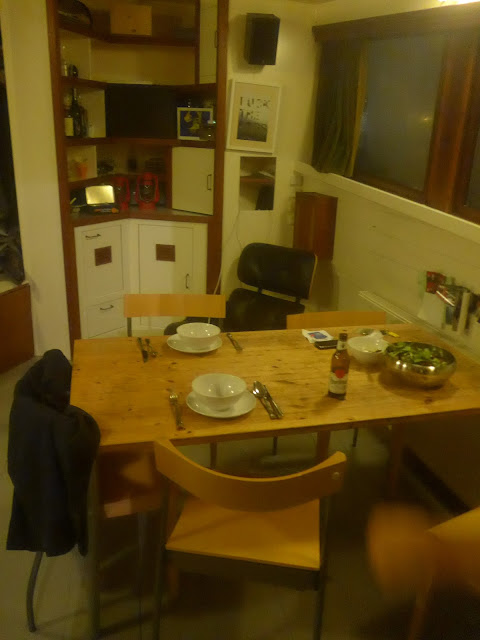 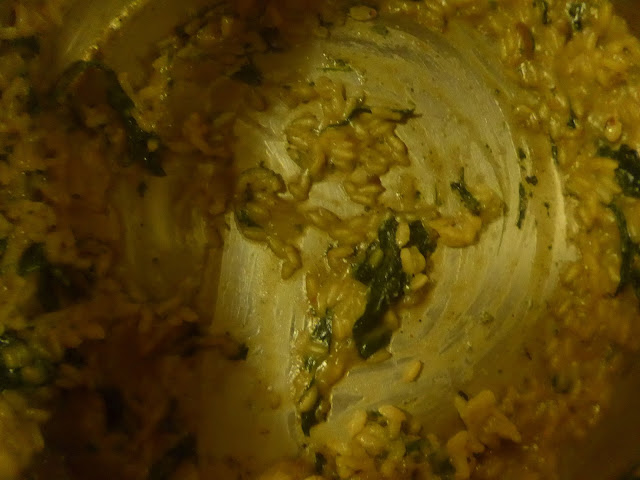 talked about vectorization.  "r is the only language that treats a number and a million numbers exactly the same way, and for me that is the ultimate innovation that this language has.  and this is why i like it."  also he has a pet duck, notice the pet duck. 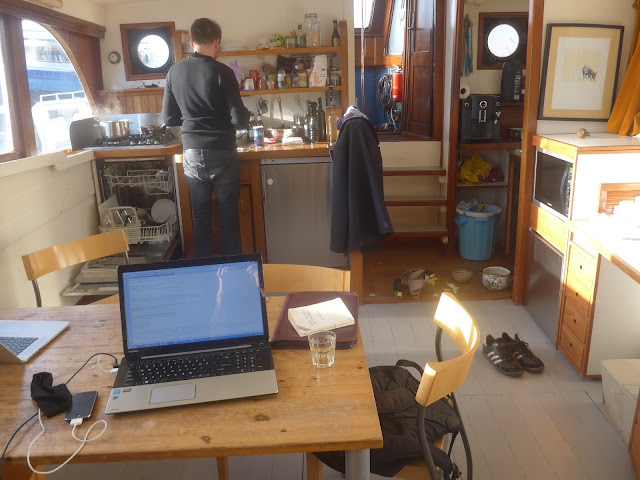 saw this clothing store, thought it was a dry cleaner.  look, there's a windmill. 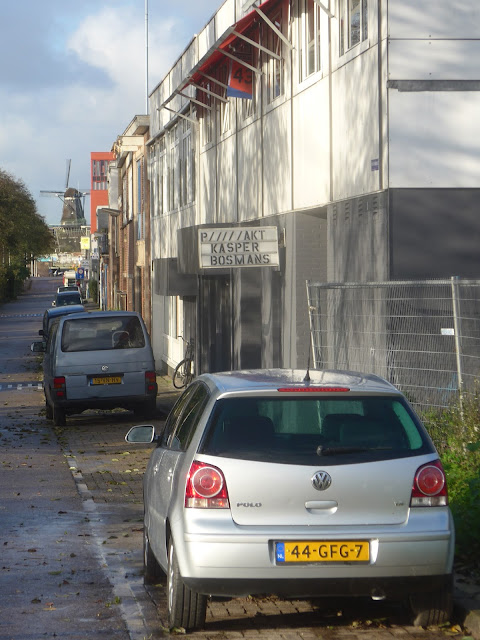 thought of a website where people who are bored and also good at r programming can sign on then be randomly matched to others trying to solve some problem with r, call it statroulette.  on motivation: "if internet explorer can ask to be your default browser, then you can ask that girl out." 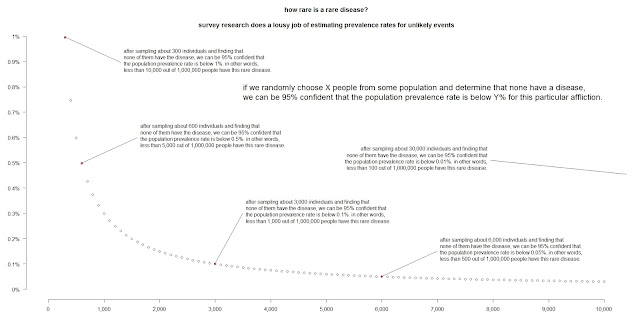 re-read the catcher in the rye, a book about insincerity - notably, the narrator's.  the influence behind ordinary people, ferris bueller's day off, and stanley kubrick's most famous scene whether any of them admit to it or not.

they didn't even bother to pull their shades down.  i saw one guy, a gray-haired, very distinguished-looking guy with only his shorts on, do something you wouldn't believe me if i told you.  first he put his suitcase on the bed.  then he took out all these women's clothes, and put them on.  real women's clothes-silk stockings, high-heeled shoes, brassiere, and one of those corsets with the straps hanging down and all.  then he put on this very tight black evening dress.  i swear to god.  then he started walking up and down the room, taking these very small steps, the way a woman does, and smoking a cigarette and looking at himself in the mirror.  he was all alone, too.  unless somebody was in the bathroom-i couldn't see that much.  then, in the window almost right over his, i saw a man and a woman squirting water out of their mouths at each other.  it probably was highballs, not water, but i couldn't see what they had in their glasses.  anyway, first he'd take a swallow and squirt it all over her, then she did it to him-they took turns, for god's sake.  you should've seen them.  they were in hysterics the whole time, like it was the funniest thing that ever happened.  i'm not kidding, the hotel was lousy with perverts

i danced with them all-the whole three of them-one at a time.  the ugly one, laverne, wasn't too bad a dancer, but the other one, old marty, was murder.  old marty was like dragging the statue of liberty around the floor.  the only way i could even half enjoy myself dragging her around was if i amused myself a little.  so i told her i just saw gary cooper, the movie star, on the other side of the floor.  "where?" she asked me-excited as hell..some people you shouldn't kid, even if they deserve it

then she left.  the navy guy and i told each other we were glad to've met each other.  which always kills me.  i'm always saying "glad to've met you" to somebody i'm not at all glad i met.  if you want to stay alive, you have to say that stuff, though

"what'sa matter?" she said.  "nothing's the matter." boy, was i getting nervous. "the thing is, i had an operation very recently."  "yeah? where?"  "on my wuddayacallit-my clavichord"

certain things they should stay the way they are.  you ought to be able to stick them in one of those big glass cases and just leave them alone

anyway, i'm sort of glad they've got the atomic bomb invented.  if there's ever another war, i'm going to sit right the hell on top of it.  i'll volunteer for it, i swear to god i will