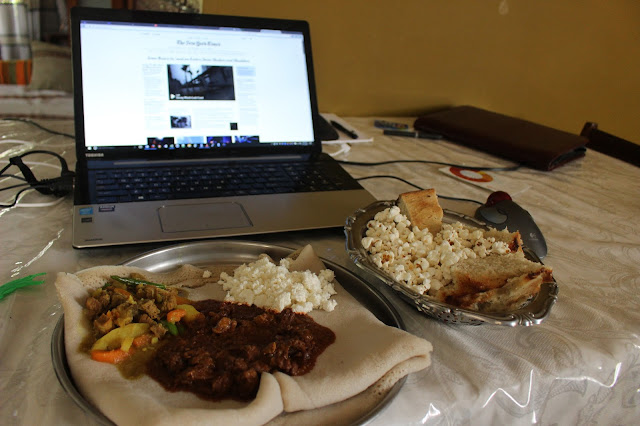 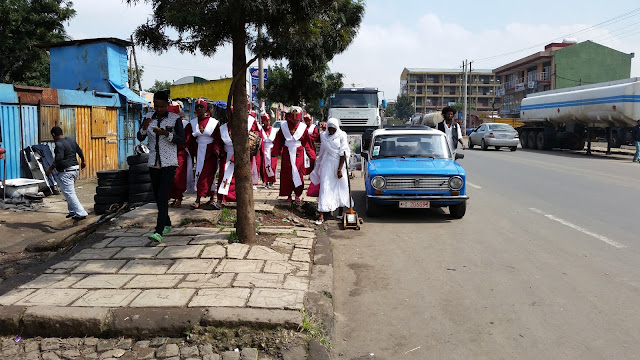 .."could i take a photo?"  "give us seven cents"  "sorry no money"  and turn my back  "wait wait please take photo please" 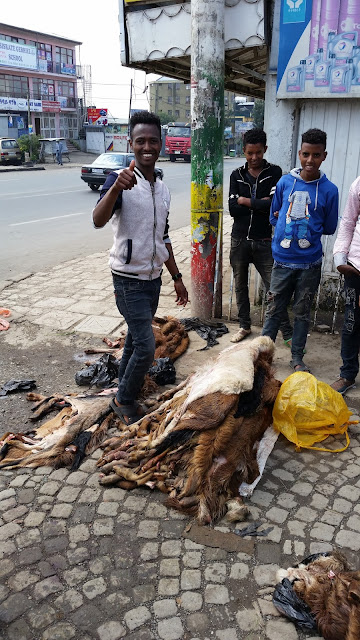 usually don't let him in the house, but magnificent hail. 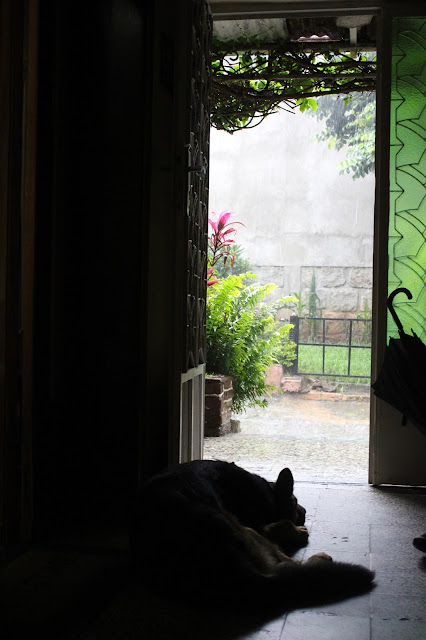 
but why fret over lost optimality.  history always works this way.  if montcalm had won a battle on the plains of abraham, perhaps i would be typing en francais.  if a portion of the african jungles had not dried to savannas, i might still be an ape up a tree.  if some comets had not struck the earth (if they did) some 60 million years ago, dinosaurs might still rule the land, and all mammals would be rat-sized creatures scurrying about in the dark corners of their world.  if pikaia, the only chordate of the burgess shale, had not survived the great sorting out of body plans after the cambrian explosion, mammals might not exist at all.  if multicellular creatures had never evolved after five-sixths of life's history had yielded nothing more complicated than an algal mat, the sun might explode a few billion years hence with no multicellular witness to the earth's destruction.
compared with these weighty possibilities, my indenture to qwerty seems a small price indeed for the rewards of history

fox terriers have only firmed up their position ever since.  experts cite this simile, as in a.s. romer's leading text, vertebrate paleontology (3d edition, 1966): "eohippus' was a small form, some specimens no larger than a fox terrier."  they have also entered the two leading high-school texts: (1) otto and towle (descendant of moon, mann, and otto, the dominant text for most of the past fifty years): "this horse is called eohippus.  it had four toes and was about the size of a fox-terrier" (1977 edition); (2) the biological sciences curriculum study, blue edition (1968): "the fossil of a small four-toed animal about the size of a fox-terrier was found preserved in layers of rock."  college texts also comply.  w.t. keeton, in his biological science, the hertz of the profession, writes (1980 edition): "it was a small animal, only about the size of a fox-terrier."  baker and allen's the study of biology, a strong avis, agrees (1982 edition): "this small animal eohippus was not much bigger than a fox-terrier."
you may care little for dawn horses or fox terriers and might feel that i have made much of nothing in this essay.  but i cite the case of the creeping fox terrier clone not for itself, but rather as a particularly clear example of a pervasive and serious disease-the debasement of our textbooks, the basic tool of written education, by endless, thoughtless copying

the fossils from this one small quarry in british columbia exceed, in anatomical diversity, all modern organisms in the world's oceans today.  some fifteen to twenty burgess creatures cannot be placed into any modern phylum and represent unique forms of life, failed experiments in metazoan design.  within known groups, the burgess range far exceeds what prevails today.  taxonomists have described almost a million living species of arthropods, but all can be placed into three great groups-insects and their relatives, spiders and their kin, and crustaceans.  in walcott's single canadian quarry, vastly fewer species include about twenty more basic anatomical designs!  the history of life is a tale of decimation and later stabilization of few surviving anatomies, not a story of steady expansion and progress

artificial selection practiced by breeders proceeds rapidly at first but soon reaches frustrating limits.  jenkin writes of racehorses:
hundreds of skillful men are yearly breeding thousands of racers.  wealth and honor await the man who can breed one horse to have run one part in five thousand faster than his fellows.  as a matter of experience, have our racers improved in speed by one part in a thousand during the last twenty generations?

admiral fitzroy, the former captain of the beagle, waved a bible aloft, shouting over the tumult that it, rather than the viper he had harbored in his ship, was the true and unimpeachable authority

"how can you believe those evolutionists if they can base an identification on a single worn tooth?"  william jennings bryan, the wily old lawyer remarked: "these men would destroy the bible on evidence that would not convict a habitual criminal of a misdemeanor"