caught up with michelle.  tri-care for all!

could tattoo a smudged, faded red entry stamp on the back of my hand and make it look like i was a cool kid last night every morning of the week.

squirmed through a bus ride.  my pet peeve: pencil near the eye in a moving vehicle or for that matter an earthquake zone 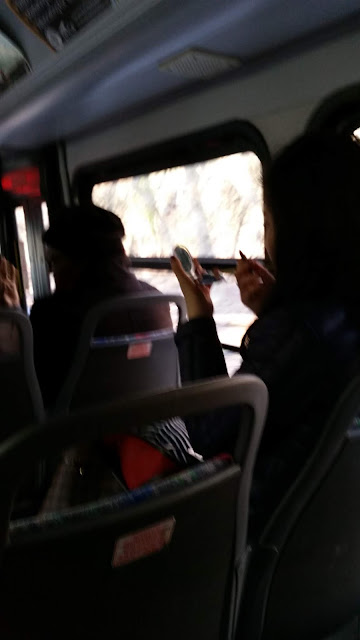 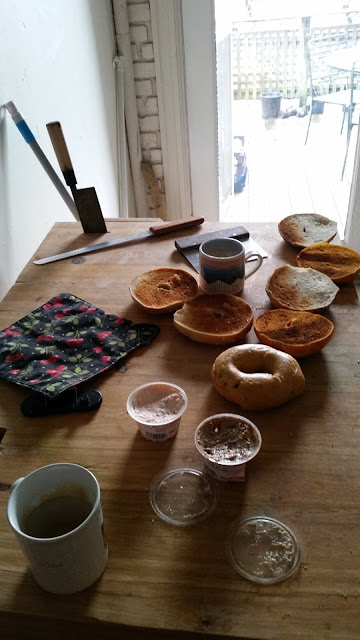 wedged my index finger between the mallet and the bell at 4:45, backside switch turns off the alarm but ceasing the adhan oscillation takes priority when someone's sleeping in the next room.  maybe you sleep later than i do because you have free will and i don't.  frustrating few days, down to the dark of the drop ceiling room with the abandoned phonography, and i thought about power dynamics and, even sexier, enthusiasm.  5:30 i boot windows, boil water under frozen spinach flakes, rss toggle past michael cohen's opening statement.  we had caught clips of that hearing last lunch at a district sports-decorated bar with c-span on four televisions, flavors of espn on the other three.  calisthenics mobile app drone-demanded two sixty second planks, then i ran alongside the day's sampling from a steady population of two dozen morning people, canine pairs accompanying in perfect correlation.  one runner is russian, i heard him talking on his phone the other day.  one walker never acknowledged me until i caught his eye once, now he waves and smiles most neighborly of all.  last hill back to the house, and i met my father shuffling down the driveway toward the morning paper delivery.  he reclines to read in ritual, and that morning growled when i kissed his head and again at the decibels of the iqama grinding coffee.

bet you anything that ten times out of ten nicky vinny and tony will beat the shit out of todd kyle and tucker.  george carlin, for the ages.

i knew that i had shattered the harmony of the day, the exceptional silence of a beach where i'd been happy.  then i fired four more times at the motionless body where the bullets lodged without leaving a trace.  and it was like knocking four quick times on the door of unhappiness

he was leaning all the way over the table.  he was waving his crucifix almost directly over my head.  to tell the truth, i had found it very hard to follow his reasoning, first because i was hot and there were big flies in his office that kept landing on my face, and also because he was scaring me a little.  at the same time i knew that was ridiculous because, after all, i was the criminal

i was also made to see that until that moment i'd had mistaken ideas about these things.  for a long time i believed - and i don't know why - that to get to the guillotine you had to climb stairs onto a scaffold.  i think it was because of the french revolution - i mean, because of everything i'd been taught or shown about it.  but one morning i remembered seeing a photograph that appeared in the papers at the time of a much-talked-about execution.  in reality, the machine was set up right on the ground, as simple as you please