caught the show, won't you buy me a night on the town.  chili steak savory slice in the small audience above dangerously delicious pies. 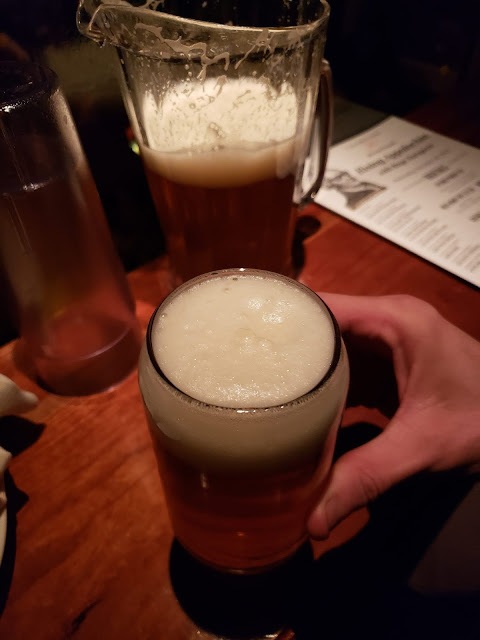 understand spam through my father's experience on an electronic device.  confusion which boxes accord with what he's opened explicity, how the advertisement in front of him got there.  you and i, who generally understand the construction of the web, identify attention intrusion.  in the internet experience of the elderly, no recognition of scurrilously sourced screens.  and preying on unsophisticated users wastes the time of us all. 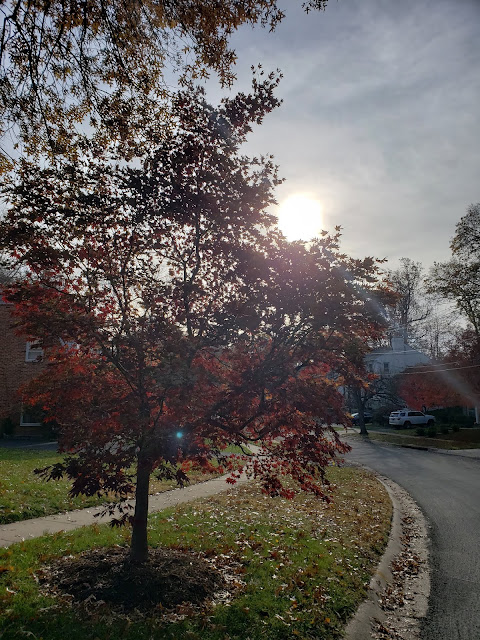 never lived with a basement without crickets, suppose some basements lack crickets.  tread carefully, grateful they don't have blood. 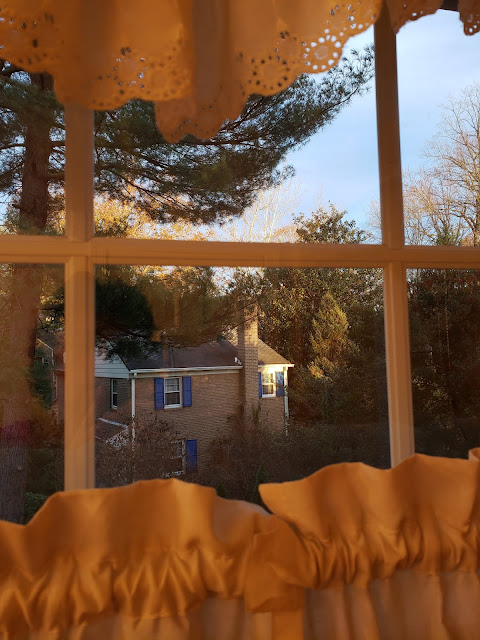 remember when username became real name.  some time in the early 2000s, humanity decided we would mostly use our truthful names on the internet.  before that, everyone was a masked stranger who wore the same distinct-from-other-strangers mask, in the form of an alias or username. 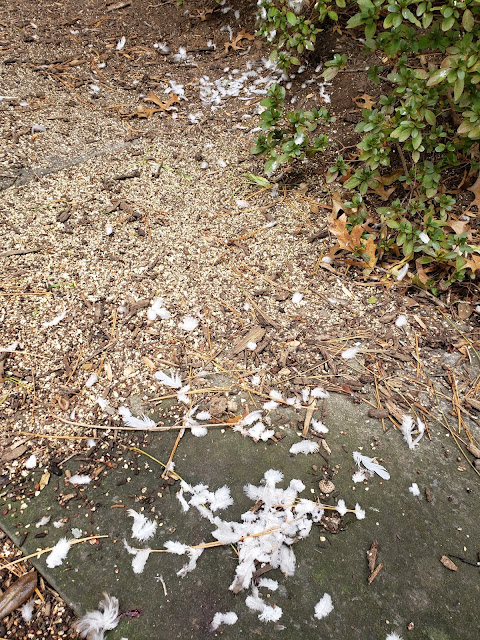 in 1912 the ama revised what it now called its "principles of medical ethics," making it acceptable for physicians to patent their innovations as long as they did not profit from them.  between the wars, universities patented biomedically effective discoveries made in their laboratories, not primarily to make money but, through licensing, to control their use for public good.  royalties from the licenses were generally used to support academic programs..physicians also collaborated with manufacturers "to advance both the cause of science and their own personal careers.  the pursuit of individual interest, the creation of corporate profit, and the battle against disease were increasingly intertwined


(2) the demons of late antiquity

before returning to persia with thousands of pounds of gold and countless enslaved romans in tow, he held chariot races in the hippodrome of syrian apamea

the revered elder statesman of the barbarian west

as well as taking a hand in such traditional forms of female patronage as church-building, she stiffened the emperor's spine at the lowest ebb of his reign: faced with massive rioting in 532, justinian was all for fleeing till theodora's stirring speech..steadied his nerves, and the generals belisarius and mundo set about massacring thousands of rioters..the convent she founded for reformed prostitutes, according to the secret history, was actually a prison whose inmates killed themselves rather than abandon the profession that theodora had given up to marry justinian

in 534, a new edition of the code was issued, updated to take into account the fifty decisions and the many other laws justinian had issued in the previous half-decade.  the revised code was transmitted to the middle ages and, together with the digest and institutes, came to be known as the corpus iuris civilis.  from the 11th century on, it helped usher much of europe from the world of customary and feudal law to that of written statute.  and it is still with us to this day, from the fundamental laws of the european union (rooted in french, german and swiss civil law), to the code napoleon, which can still shape case law in a long since independent (and common law) jurisdiction like louisiana

in italy, a great many romans defied the invaders - greek foreigners, as far as they were concerned - with at least as much gusto as the gothic army did.  more than twenty years of fighting did horrific damage to the agricultural and industrial infrastructure of italy.  seventh-century rome was a ghost town

once the state committed itself to enforcing orthodoxy, it had to take sides in determining what orthodoxy was.  you cannot agree to disagree when eternal life is at stake..in 451, the council of chalcedon had settled on the first definition, but only over the objections of alexandria's powerful episcopate and its many sympathisers (known generally as monophysites, from the greek physis, 'nature').  successive emperors called council after council, but extremists on both sides sabotaged every new attempt at bridging the theological gap..only a true connoisseur will trudge through the reign's baroque episcopal politics or its contorted sectarian tractates, but the paradoxical outcome of imperial persecution was to strengthen the monophysite churchmen of syria and egypt.  they developed a parallel church hierarchy of their own and kept so firm a hold on the loyalty of their provinces that chalcedonian bishops could only be installed there by force of arms.  after 636, when the followers of muhammad's new religion burst forth from arabia, they found a roman populace with little or no loyalty to the emperor in constantinople.  syrians and egyptians did not resist the arab armies the way the italians had resisted imperial forces in the ostrogothic wars.  justinian's religious policy had alienated the christians of the east to the point at which a heavily taxed life under rulers of a different faith was preferable to the intolerable orthodoxy of an ostensible co-religionist.  the coptic, ethiopian, eritrean and syriac orthodox churches remain monophysite to this day

according to the eu's dublin regulation, asylum applicants must be processed in the member state where their fingerprints are taken.  some migrants burn their fingertips or disfigure them with razors and caustic chemicals to avoid this

hala died a few days after they had crossed the mediterranean.  she never told him what went on while they were kept in separate containers in umm-el-araneb and he still doesn't know what happened to her.  but he had seen migrant women brought to his compound and raped by the guards in front of the male detainees.  the guards called these occasions 'tv shows'

your immune system isn't a war machine.  it's a peacekeeping force that more than anything else seeks to create harmony....this is not just because we don't want to hurt our own tissue.  it is also because we need many of the alien organisms that live on and in us, including the billions of bacteria that live in our guts

life goes on.  tendai's son is planning his wedding, and there are logistical questions of how to freeze a hundred chickens until the big day.  (we eat everything in our freezer to make room.)  i need shoes for the wedding, having come out to harare only with trainers.  the only shoes in the whole shop that fit me are bright red fake leather, with pointed toes and golden studs.  they will make my feet bleed like miniature victoria fallses, but at no point will i regret the purchase

the weather turns to thunderstorms, coaxing out the yellow slugs as long as your forearm that multiply in the rainy season.  e. coli is found in the drinking water, so we boil it and add chlorine tablets.  then it tastes like a swimming pool, so i add a teaspoonful of spiced gin to each litre of drinking water.  it presumably doesn't disinfect the water, but the taste is much improved.  i vow to add gin to all my drinking water on returning home

my grandmother notes in passing, not unkindly but with the interest of a medical practitioner, that i have unusually fat arms for a thinnish person.  as old age has given her a tendency to repeat herself, she notes this in passing a few dozen times.  it has at least the advantage of being true.  a giant african land snail makes its way into the house and halfway to my bedroom before i notice.  my ankles grow so bitten by mosquitoes that i appear to be wearing purple socks.  there is nowhere in the world i would rather be

menus are printed without prices, to avoid the need to print them again in a week's time

one of the few animals - along with great apes, dolphins and elephants - able to pass the mirror self-recognition test.  if you mark a pigeon's wing and let it look in a mirror it will try to remove the mark, realising that what it sees is a reflected image of its own body

auxiliaries to the technological networks that were springing up across the world.  reuter's news agency was established in 1850 with a flock of 45 pigeons, which were used to cover a gap in the telegraph network between brussels and aachen, giving paul reuter a monopoly over all telegraphic traffic between belgium and germany.  the five sons of mayer amschel rothschild used pigeons to stay in touch as they travelled around europe consolidating their father's banking dynasty.  during the siege of paris in 1870, pigeons were taken out of the city by balloon and returned carrying thousands of letters stored on microfilm and sewn into their tail feathers

the german army even developed a hawking division..to fly peregrine falcons at pigeons along the coast


(7) the origins of consumer surveillance

it is as if benjamin franklin had anticipated this intensity of scrutiny when he wrote, in his 'advice to a young tradesman' in 1748: the most trifling actions that affect a man's credit are to be regarded.  the sound of your hammer at five in the morning, or nine at night, heard by the creditor, makes him easy six months longer; but if he sees you at the billiard-table, or hears your voice in a tavern, when you should be at work, he sends for his money the next day