published on english language proficiency among medicaid enrollees after covid

wrote a poem, illustrated as well 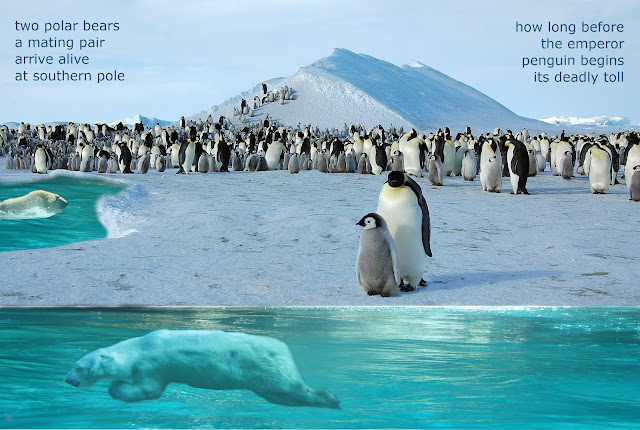 learned basic photo editing from amin at pathshala.  when in doubt, use tiff.  every pixel contains its own information.  a color pixel needs at least twenty-four zeroes and ones, difference between 1-bit binary and 8-bit grayscale quite stark.  feather decreases circumference of selection with blurring at the edges.  in a layer mask, black paint and white paint add and subtract lower layers.  points on a path called anchors.  the background layer cannot be transparent - quick, make a copy.  patch tool easily removes someone from a photo.  cng driver impounded me, smoked me home 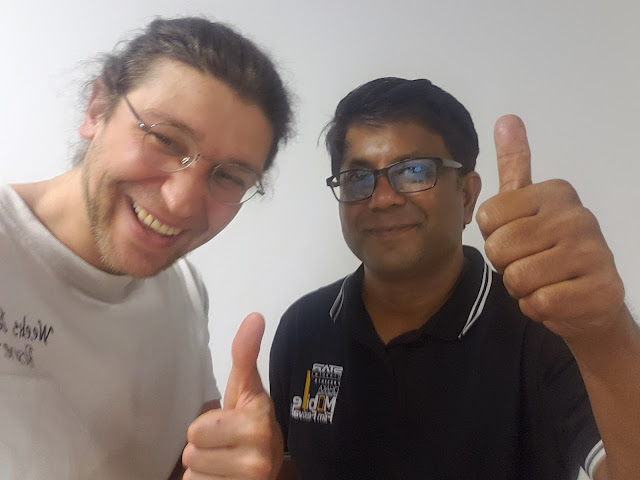 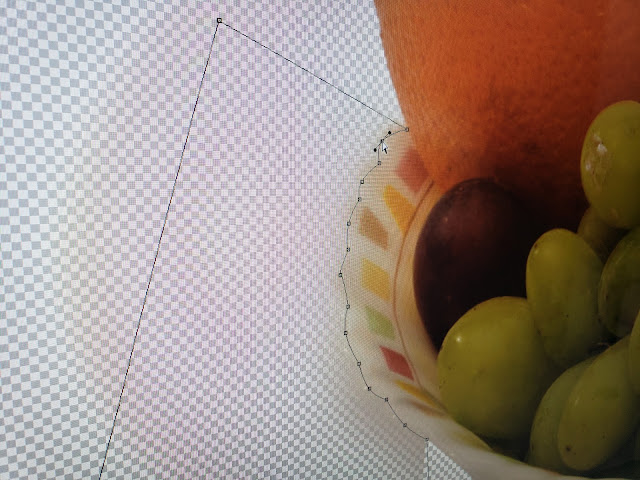 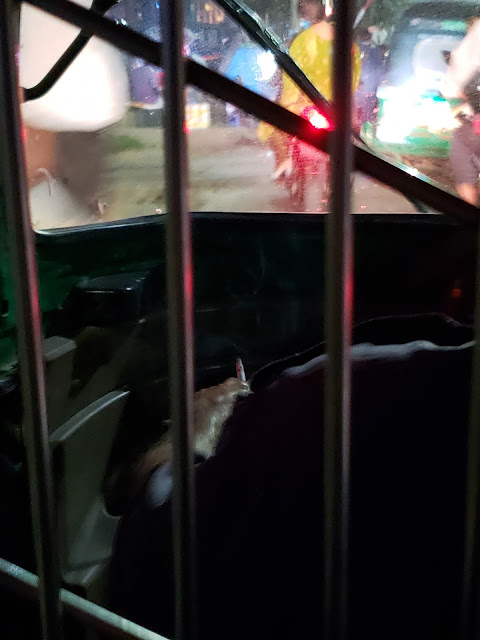 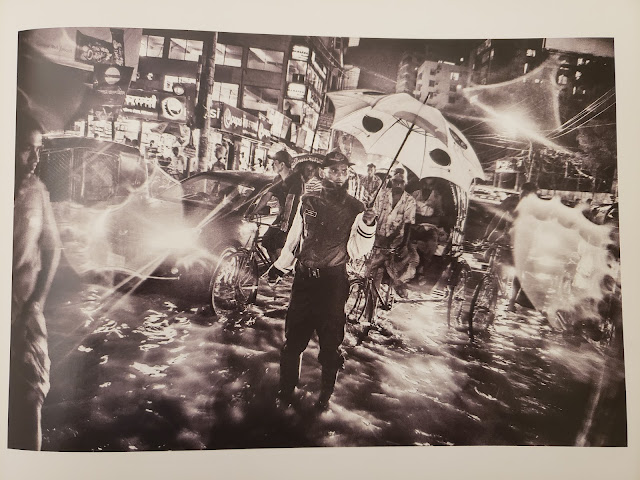 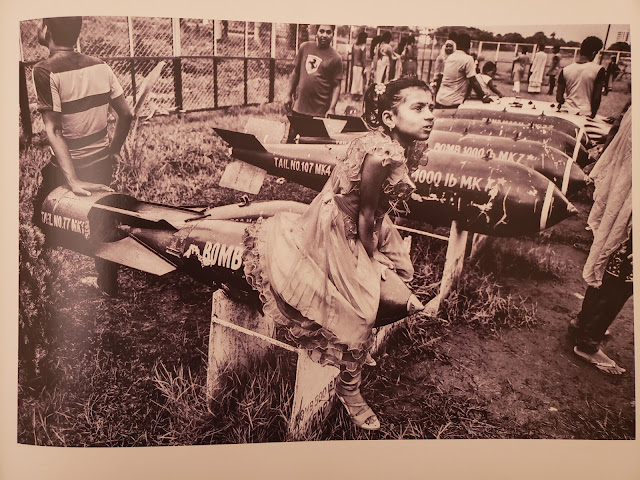 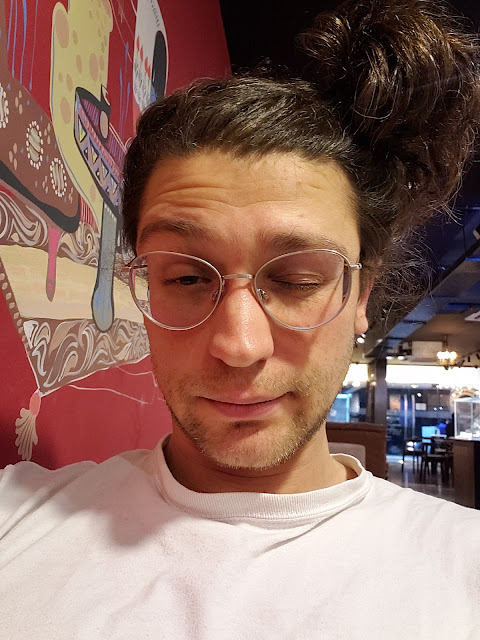 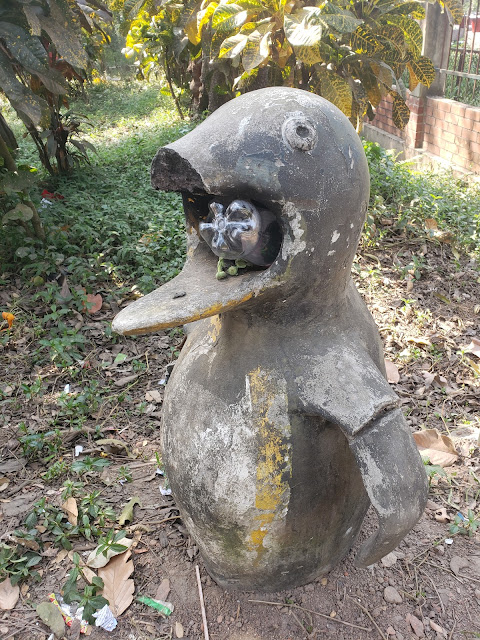 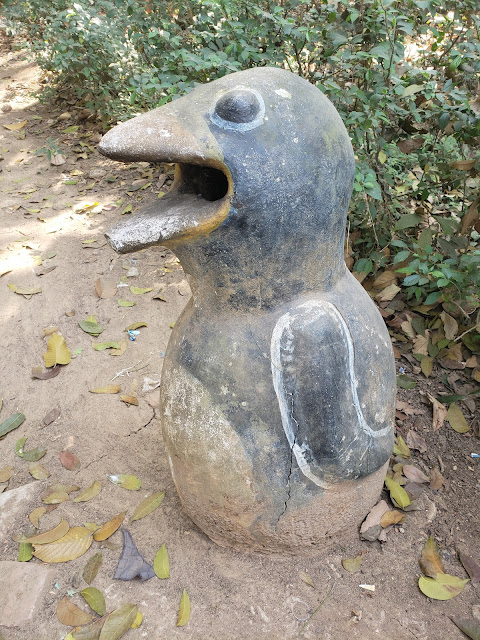 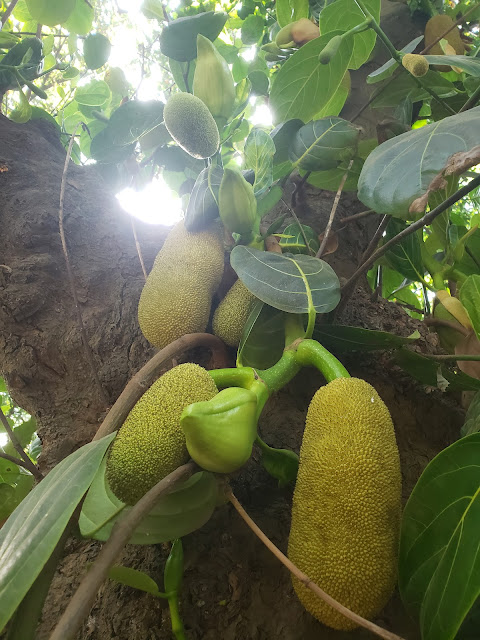 the fundamental unit of selection, and therefore of self-interest, is not the species, nor the group, nor even, strictly, the individual.  it is the gene, the unit of heredity

one oarsman on his own cannot win the oxford and cambridge boat race.  he needs eight colleagues.  each one is a specialist who always sits in a particular place of the boat - bow or stroke or cox etc.  rowing the boat is a cooperative venture, but some men are nevertheless better at it than others.  suppose a coach has to choose his ideal crew from a pool of candidates, some specializing in the bow position, others specializing as cox, and so on.  suppose that he makes his selection as follows.  every day he puts together three new trial crews, by random shuffling of the candidates for each position, and he makes the three crews race against each other.  after some weeks of this, it will start to emerge that the winning boat often tends to contain the same individual men.  these are marked up as good oarsmen.  other individuals seem consistently to be found in slower crews, and these are eventually rejected.  but even an outstandingly good oarsman might sometimes be a member of a slow crew, either because of the inferiority of the other members, or because of bad luck - say a strong adverse wind.  it is only on average that the best men tend to be in the winning boat

the poker face is evolutionarily stable

the minimum requirement for a suicidal altruistic gene to be successful is that it should save more than two siblings (or children or parents), or more than four half-siblings (or uncles, aunts, nephews, nieces, grandparents, grandchildren), or more than eight first cousins, etc.  such a gene, on average, tends to live on in the bodies of enough individuals saved by the altruist to compensate for the death of the altruist itself

the song-bird species that are parasitized by cuckoos have fought back, not in this case by learning the appearance of their own eggs, but by discriminating instinctively in favor of eggs with species-typical markings..but the cuckoos have retaliated in their turn by making their eggs more and more like those of the host species in colour, size, and markings.  this is an example of a lie, and it often works.  the result of this evolutionary arms race has been a remarkable perfection of mimicry on the part of the cuckoo eggs

if c is my identical twin, then i should care for him twice as much as i care for any of my children, indeed i should value his life no less than my own

wynne-edwards..proposes that when huge flocks of starlings mass at evening, or crowds of midges dance over a gatepost, they are performing a census of their population..individuals restrain their birth-rates in the interests of the group as a whole, and have fewer babies when the population density is high, it is reasonable that they should have some way of measuring the population density.  just so; a thermostat needs a thermometer as an integral part of its mechanism.  for wynne-edwards, epideictic behavior is deliberate massing in crowds to facilitate population estimation.  he is not suggesting conscious population estimation, but an automatic nervous or hormonal mechanism linking the individuals' sensory perception of the density of their population with their reproductive systems

when a woman reached the age where the average chance of each child reaching adulthood was just less than half the chance of each grandchild of the same age reaching adulthood, any gene for investing in grandchildren in preference to children would tend to prosper.  such a gene is carried by only one in four grandchildren, whereas the rival gene is carried by one in two children, but the greater expectation of life of the grandchildren outweighs this, and the 'grandchild altruism' gene prevails in the gene pool.  a woman could not invest fully in her grandchildren if she went on having children of her own.  therefore genes for becoming reproductively infertile in middle age became more numerous, since they were carried in the bodies of grandchildren whose survival was assisted by grandmotherly altruism

in one study of elephant seals, 4 per cent of the males accounted for 88 per cent of all the copulations observed

the dowry of a large, nutritious egg

what shall it profit a male if he shall gain the whole world, and lose his immortal genes?

worker sterility..seems to have evolved no fewer than eleven times independently in the hymenoptera and only once in the whole of the rest of the animal kingdom, namely in the termites

we need a name for the new replicator, a noun that conveys the idea of a unit of cultural transmission, or a unit of imitation.  'mimeme' comes from a suitable greek root, but i want a monosyllable that sounds a bit like 'gene'.  i hope my classicist friends will forgive me if i abbreviate mimeme to meme.  if it is any consolation, it could alternatively be thought of as being related to 'memory', or to the french word meme

many wild animals and plants are engaged in ceaseless games of prisoner's dilemma, played out in evolutionary time

imagine the banner headlines if a marine biologist were to discover a species of dolphin that wove large, intricately meshed fishing nets, twenty dolphin-lengths in diameter!  yet we take a spider web for granted, as a nuisance in the house rather than as one of the wonder of the world

to a good approximation, all species are insects