drank black coffee at kennedy center's reach, lots of people wearing salmon, perhaps in solidarity.  moon landing warhol, martin wolfe introduced as the mick jagger of the ft.  mick jagger is older than i am.  cia director complained i know daniel craig, as my wife and daughter constantly remind me.  arts panel on the year 1922, ulysses published, louis armstrong joined king oliver.  kissinger can still pack a house, tie tucked into his pants

the outbreak of world war one was not intended by any of the major countries..the technology had gotten way ahead of the strategic thinking

in the decades ahead, extinguish adversarial relationships

dogsat, watched kazuo ishiguro's never let me go, about the barbarism of euphemism.  more moved by hokusai's daily exorcisms, tiger in the snow 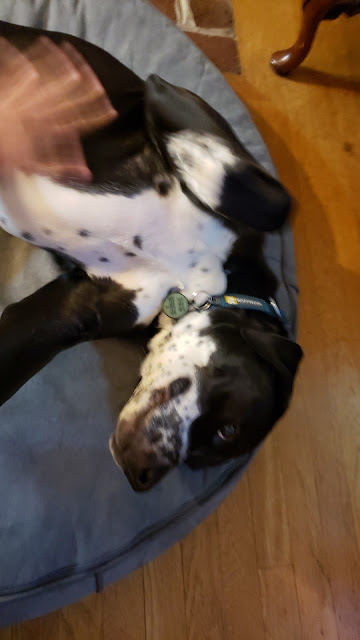 while erik's wife took heartily to christianity, even commissioning greenland's first church, erik greatly disliked it and stuck to his norse gods - which, the sagas relate, led thjodhild to withhold intercourse from her husband

ketil's horses were seaweed eaters, which, asgeir said, made them hard to handle

a hundred and twenty-four pairs of walrus tusks wrapped in fine wadmal of a reddish brown color went in first, for they were ivory, and extremely valuable, said ivar bardarson, and formed the greater part of the tithe owed by the gardar bishopric to the pope for the last ten years.  amongst these went forty-nine twisted narwhal tusks, and then, on top of these, cushioning and protecting them, went the two polar bear hides

in the last days before the departure of these two in the summer of 1383, the master of the thorlakssuden, a man by the name of markus arason, went about gathering payments for the wooden beams and laps of his broken ship, and those who refused to pay were told that they would have none of the driftage.  this was contrary to the law of greenland, which at this time said that driftwood was the property of that man whose strand it caught upon, but the olafssuden's master declared that he cared nothing for the law of greenland, and that the ship would be burned to the water line if not paid for.  and indeed, on the evening before the departure of the olafssuden, the thorlakssuden was broken apart with axes, and folk who had paid the norwegian were given their beams and laps, and the rest of the wood was burned in a great bonfire, and his sailors stood about the fire with their axes to prevent anyone from throwing water upon it.  and the greenlanders considered this a great crime, but they were unable to prevent the departure of the olafssuden, and this event was spoken of for some years

our lenten fast will carry us straight to heaven this year

the six new judges, at least, were inexperienced enough to gaze upon the pleader, where older and wiser men would not do this, but would look away most of the time, and only listen closely to the words

indeed, those seals that the skraelings get in the winter, which can only be gotten by skraelings and never by men, are hard enough even for skraelings to get.  finn stayed with the skraelings for two days, for they are hospitable beings, and he watched two men hunting, and this is what they do.  a man stands with a spear poised above his head, looking down at a seal hole in the ice, and he waits without moving or breathing for as much as a day or even two.  the highest winds and the most blinding storms do not move him, for he is enchanted with a spell that turns him to stone.  now a seal comes to the hole to take air, and the spear flies downward, as if by magic, into the mouth and head of the seal, and then the same spear is used to pull the seal up through the ice, for somehow it catches in the seal's flesh.  finn greatly admired such skills, but it is like admiring the work of the devil, for as soon as a man declares his faith in god, and puts himself in the hands of the lord, then he loses the power to hunt in this skraeling way, for men must choose between this world and the next and not do as esau the son of isaac did when he sold his birthright for a bowl of broth

in three years, a ship would land in greenland, and it would carry many icelanders, and also that god had reviled both the roman pope and the french pope, and had not allowed anyone into heaven who had died since the beginning of the schism, for the real pope hid himself in jerusalem, and would soon burst forth with such a light that it would be visible and known even to the greenlanders

it seems to me that cases at the thing end in fighting and killing sooner or later, and always have

folk who pay for meat with song // must chew for a moment, and sing all evening long

her days among the norwegians had been unhappy ones, and the only norwegian farmer who had made an offer for her hand was a fellow with a great goiter at his neck, and although he was wealthy and powerful, she saw at once that he had never had a chance among the norwegian girls, but had thought so little of her that he had been confident of her acceptance.  a woman who has lands in iceland, especially lands partly covered with smoking lava, was not such a prize to a norwegian.  even if her father had been lawspeaker, her father was dead now, and his death in a volcanic avalanche so peculiar as to put folk off, unless they were icelandic

either suckle the bear and the child together, or..milk herself and feed the bear through an eagle's quill, as folk do when a child is unable to suck

immobile as a skraeling at the seal hole

later, perhaps, we will sit at the loom and talk to one another

a man in herjolfsnes claimed driftage rights over some wood that came to his strand, and then drifted off in the night and came to his neighbor's strand, and he had beaten a servant of his neighbor's when the servant had begun to carry off the wood, so that the servant had lost use of his arm and shoulder, and was therefore of less value to his master.  two fishermen, who were brothers, had built a boat together, and then fallen out, so that each claimed the boat.  a man from dyrnes had set to beating his wife, but had ended up killing her instead of chastising her.  two boys from the southern part of vatna hverfi district had gone about stealing from various storehouses, so that they amassed some thirty-six whole rounds of cheese, and instead of eating it, they had broken it up and left it to rot in antler lake.  a man and his wife from brattahlid laid claim to a farm abandoned by their brother, although the brother himself had made a present of the farm to his concubine.  such were the cases that occupied the thing in this year