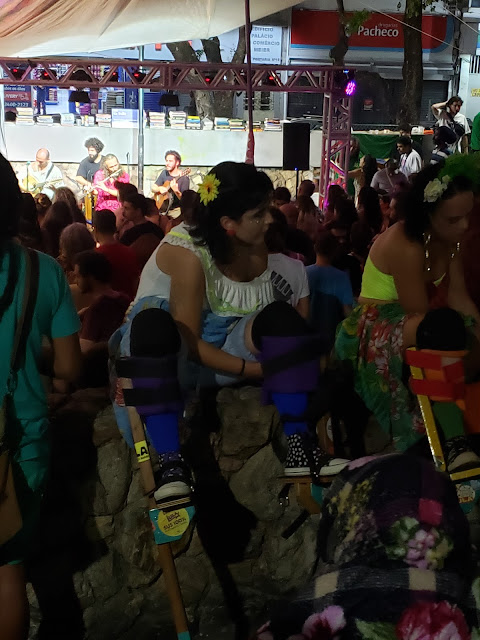 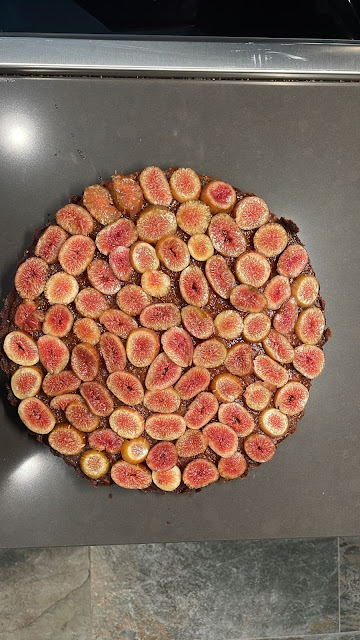 shared chope, pizza with christiana, mariluce, they live even closer to rui barbosa than i do.  other cats weren't having it: he's always a little angry 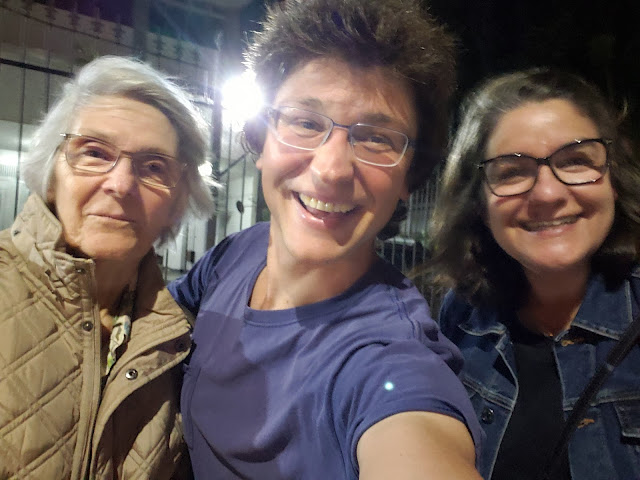 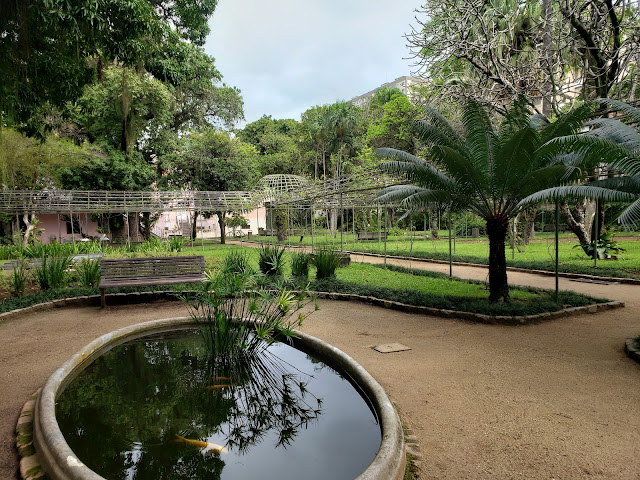 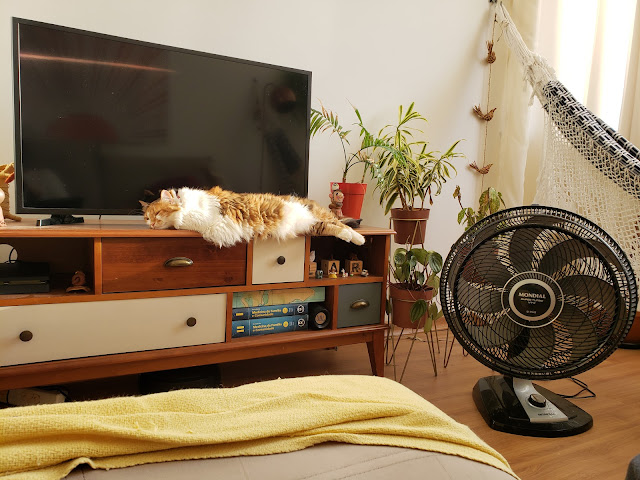 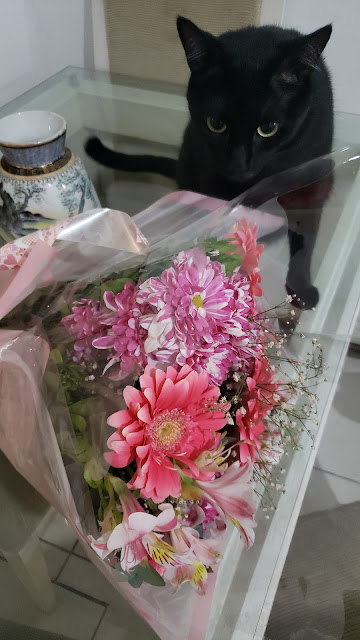 ballooning spiders are members of what ecologists..have delightfully called the aeolian plankton.  in ordinary parlance, plankton is the vast swarm of algae and small animals carried passively by water currents; aeolian refers to the wind.  the creatures composing the aeolian plankton are devoted almost entirely to long-distance dispersal

most animals are miniature arks laden with parasites.  they also transport accidental hitchhikers in soil clinging to the skin, including bacteria and protozoans of immense variety, fungal spores, nematode worms, tardigrades, mites, and feather lice.  seeds of some species of herbs and trees pass live through the guts of birds, to be deposited later in feces, which serves as instant fertilizer.  a few arthropods practice what biologists call phoresy, deliberate hitchhiking on larger animals.  pseudoscorpions, tiny replicas of true scorpions but lacking stings, use their lobster-like claws to seize the hairs of dragonflies and other large winged insects, then ride these magic carpets for long distance

every scrap of biological diversity is priceless, to be learned and cherished, and never to be surrendered without a struggle

to visualize the tenuousness of life, imagine yourself on a journey upward from the center of the earth, taken at the pace of a leisurely walk.  for the first twelve weeks you travel through furnace-hot rock and magma devoid of life.  three minutes to the surface, five hundred meters to go, you encounter the first organisms, bacteria feeding on nutrients that have filtered into the deep water-bearing strata.  you breach the surface and for ten seconds glimpse a dazzling burst of life, tens of thousands of species of microorganisms, plants, and animals within horizontal line of sight.  half a minute later almost all are gone.  two hours later only the faintest traces remain, consisting largely of people in airliners who are filled in turn with colon bacteria

a half dose of sickle-cell genes, one per cell, is advantageous in those parts of the world where malignant malaria is common 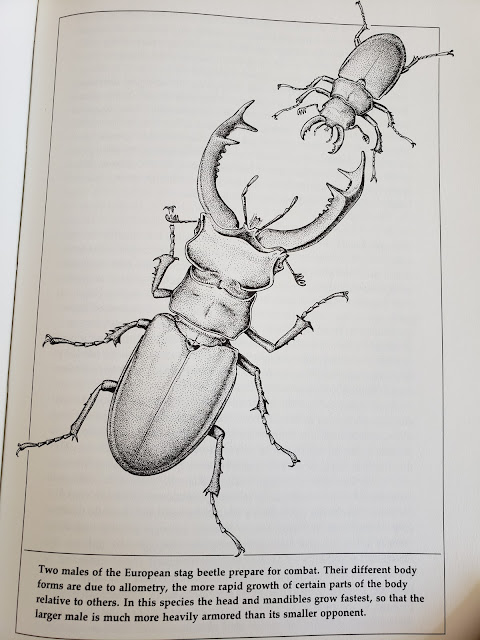 flies, wasps, moths, and butterflies, relative newcomers of insect evolution.  they are preyed upon by dragonflies, paleozoic relics that still possess stiff outstretched wings and other archaisms that date back to the dawn of flight

a change in courtship behavior or a shift in the mating season..is enough to create a new species

the contemporary mammals of the world are primarily the products of three great adaptive radiations, and three only..the first of the three continents on which mammalian radiation did attain full expression is australia..the second body of land spacious enough for mammalian radiation is the "world continent," comprising africa, europe, asia, and north america as far south as the southern rim of the mexican plateau.  the world continent has been more or less cohesive throughout the age of mammals, during the past 66 million years, because the closeness of its parts has allowed many kinds of plants and animals to emigrate from one to the next.  north america, the most isolated of the elements, was joined to europe across present-day greenland and scandinavia during the early age of mammals.  alaska and northeastern siberia have been connected off and on by land bridges, the most recent about 10,000 years ago.  the third continental center of mammalian evolution is south america, which was isolated during the breakup of gondwanaland, drifted north, and was finally linked solidly to north and central america 2.5 million years ago

nearly half of the families and genera of south america belong to stocks that have immigrated from north america during the past 2.5 million years

the greatest multipliers of tropical diversity, however, are the epiphytes, plants growing on trees that do not extract water or nutrients from them.  orchids make up a majority of the species of epiphytes, but they are accompanied by vast arrays of ferns, cacti, gesneriads, arums, members of the pepper family, and others

from tonga in the west to hawaii in the east, the polynesians extinguished at least half of the endemic species found upon their arrival 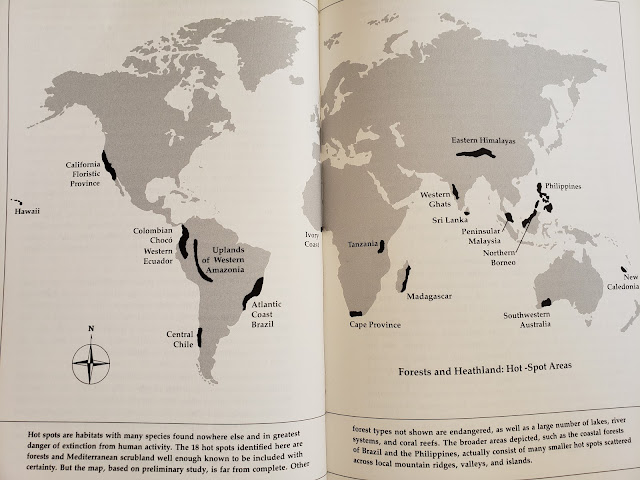 iguanas can be made to yield up to ten times the amount of meat as cattle on the same land if managed carefully, while leaving a large part of the forest intact

if there is danger in the human trajectory, it is not so much in the survival of our own species as in the fulfillment of the ultimate irony of organic evolution: that in the instant of achieving self-understanding through the mind of man, life has doomed its most beautiful creations.  and thus humanity closes the door to its past