spent six days sharing a four room house with a family of four in black river, jamaica. the mother was the niece of a friend of mine, her husband had agreed to drive me around the island. after spending a few hours together, he offered to let me stay in their home. so i slept on their couch, played with their young daughters, and shared in a life more representative of everyday humanity. 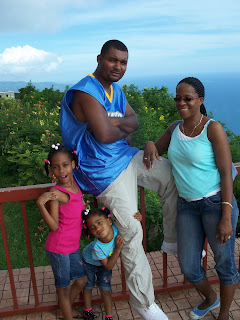 rode a crocodile riverboat, reveled in the ubiquity of ginger beer, scaled a waterfall, ate peppered prawns, picked up a hitchhiker, slept on the beach, toured kingston - not so dangerous, nothing to do. 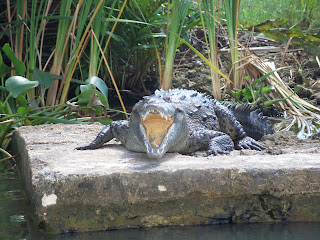 witnessed the moments-after-mob of two car accidents, and one bleeding, breathing victim. eight pm on a southern coastal road meant no other white faces in sight. i hadn't worked in an ambulance for years, english is not as widely-spoken as televised, and the crowd appeared angry - though that ire seemed directed at the EMS' delay - so i didn't dare use my shirt as a tourniquet and try to help. it's near-impossible to act first while the foreigner. but no one acted first, none of the two hundred performed any semblance of american emergency medicine, and until someone volunteered to slump him in their backseat and race him to the hospital, a life ticked away at the feet of this hysterical mass. jamaica ranks behind only ethiopia and india for car fatalities. i've often plotted/dreamed/fantasized about opening an emergency response training group in the developing world: the body of medical knowledge for first-response and survival medicine courses seems valuable to communities with any real distance to a hospital. 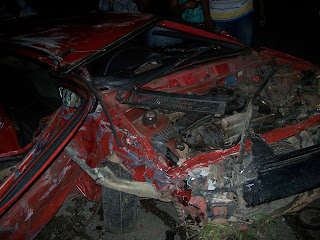 saw prevention potential as well. everywhere i looked, people abstained from seatbelts. after leaving the crash scene, we headed home, picked up his six year old, and drove for ice cream. she sat unrestrained at the front edge of the center back seat, so she could peep her head between us. ralph don't run, you're needed elsewhere. 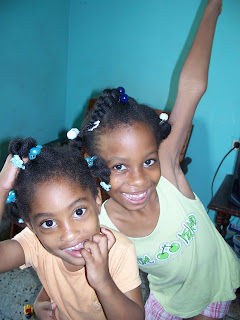 learned jamaica elected her first black president in 1997. another generation until germany elects a turk, india a dalit, new zealand a maori. stars and stripes for - ever. 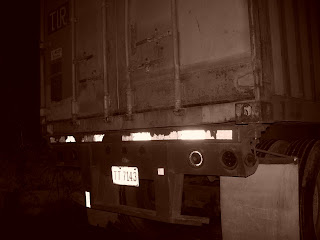 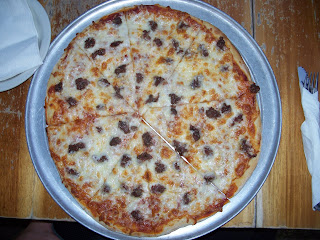 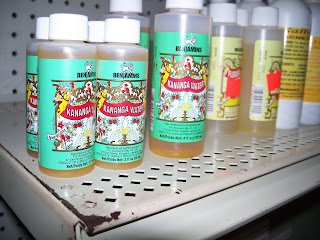 pharmacies stock kananga water but no sunblock, might as well have been looking for anti-freeze. 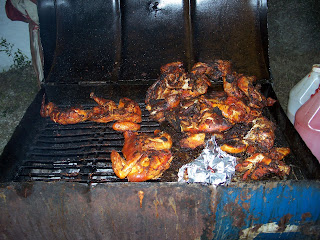 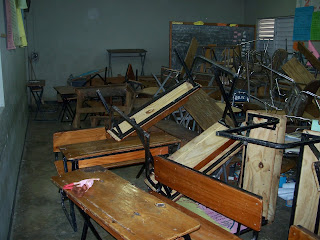 pretty much what my elementary school looked like when the end-of-the-day bell rang. 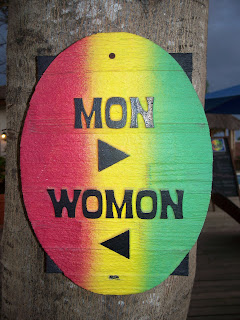 the conception of an american businessperson, surely. 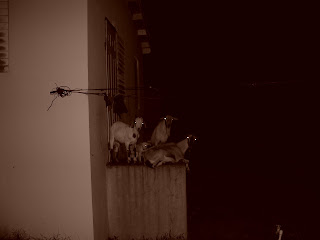 watched a goat sneak into my living quarters, drop a crap on the floor, then get shooed outside. glad i went, glad to be back.