proudly work for the butt of the most recent onion joke, and await angry calls from idiots like these.

got picked up by the health business section of the new york times, the u.s. news and world report health page, and hey why not the l.a. times for good measure.

took off.  saw the mediterranean.  heard over the loudspeaker, "we're headed back to london, there's a problem with the electronics."  the most talkative flight i have ever been on.  the captain came back into the cabin to let us take his pulse and pinky-swear that we wouldn't crash. 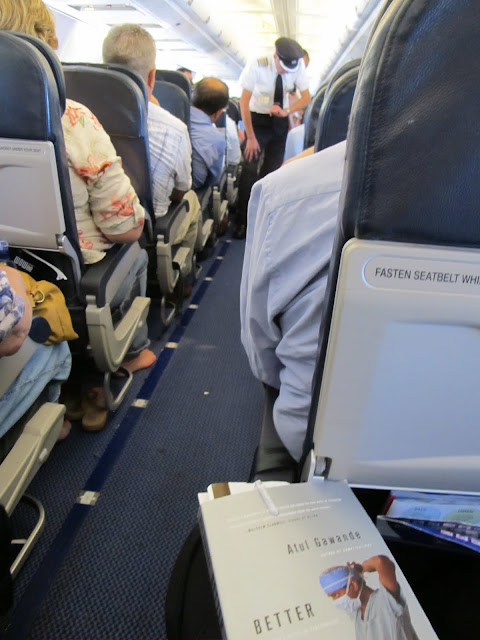 waited for them to apply duct tape to the check engine light. 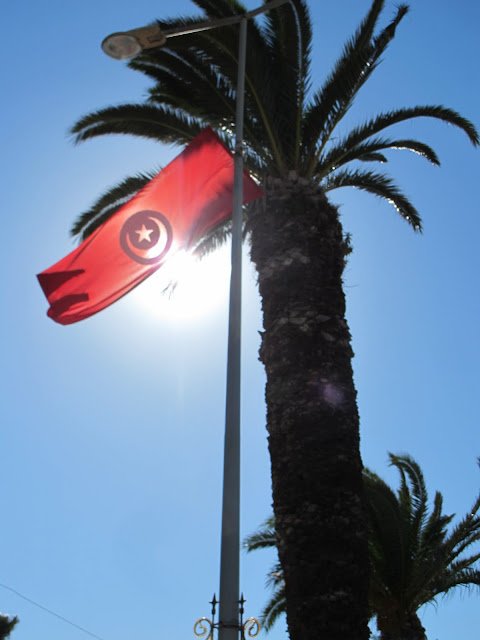 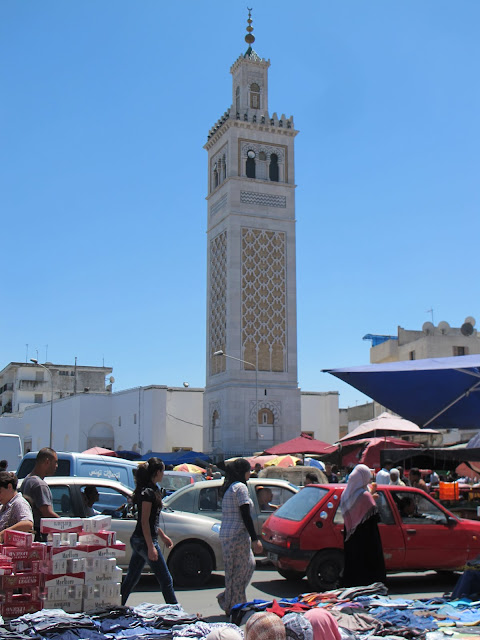 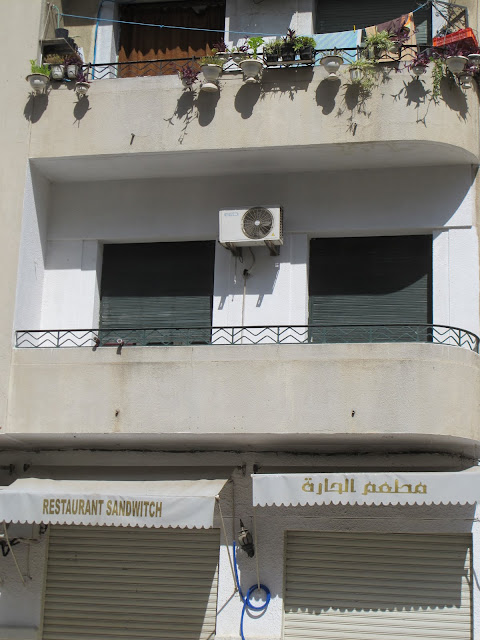 sat by the sea. 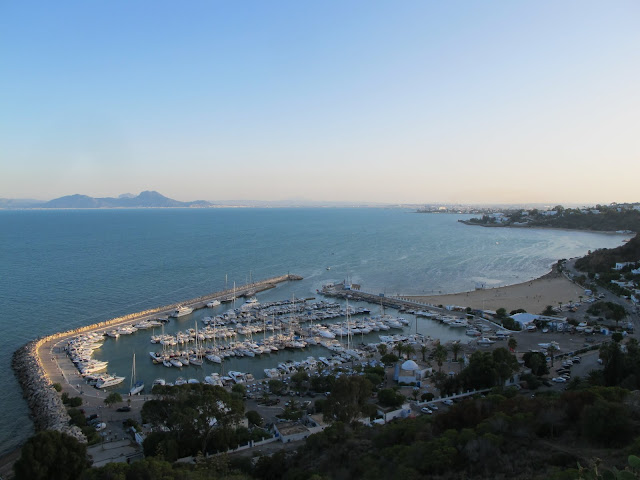 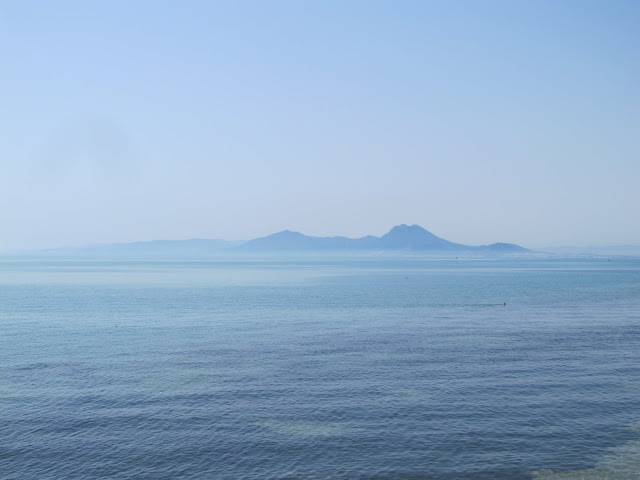 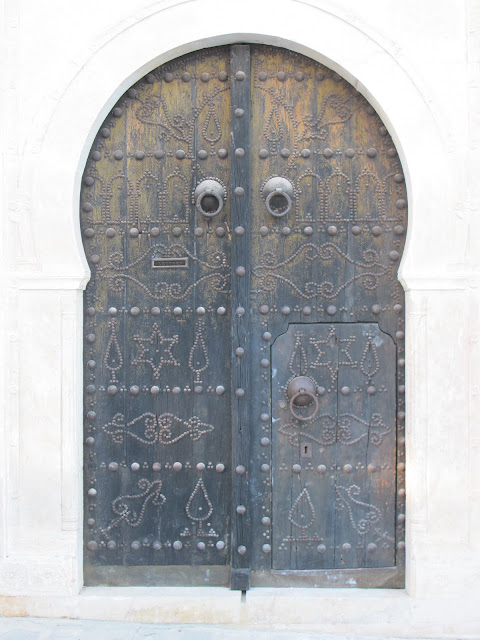 have apparently done a good job at preventing google from collecting too much data about me. 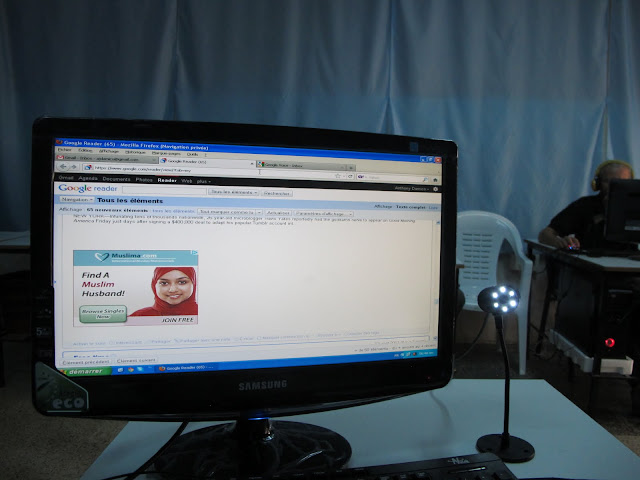 toured the roman ruins of carthage, second in size only to rome.. 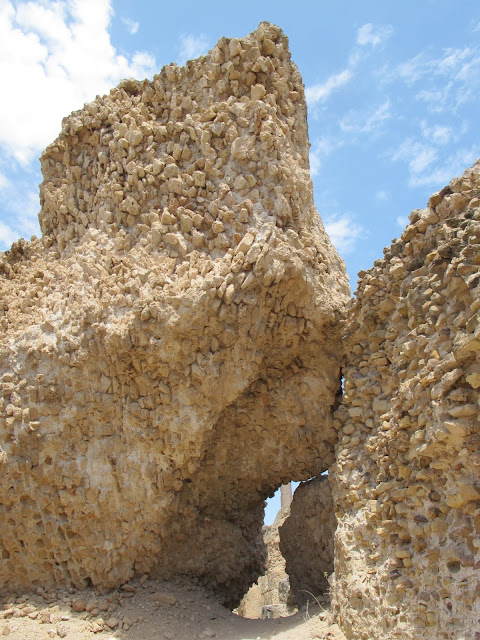 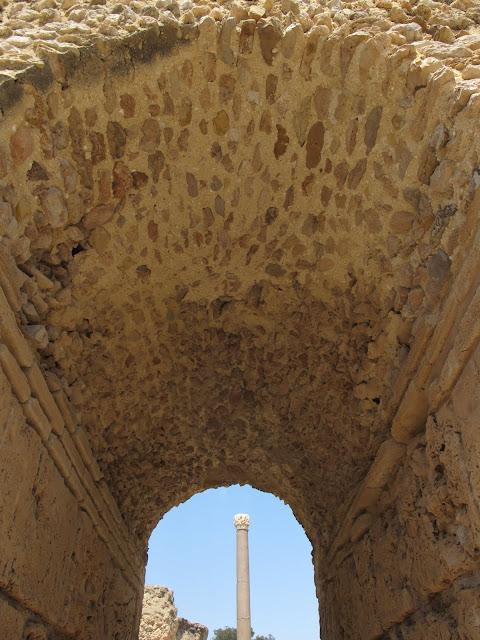 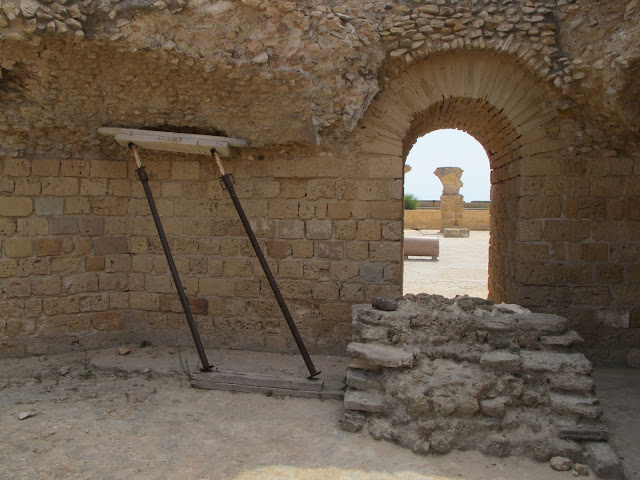 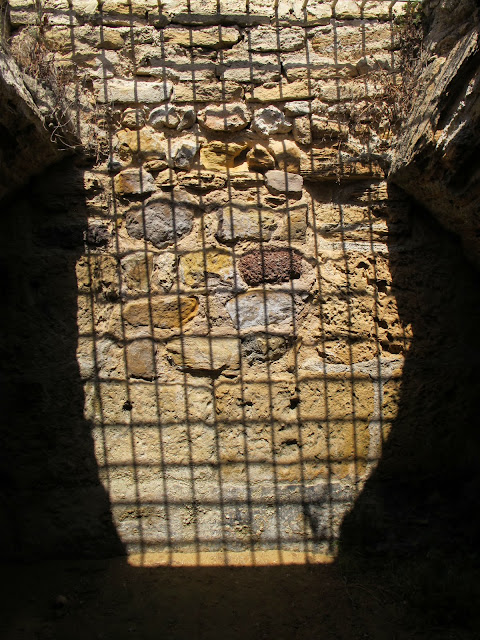 dropped by the refurbished roman amphitheater.. 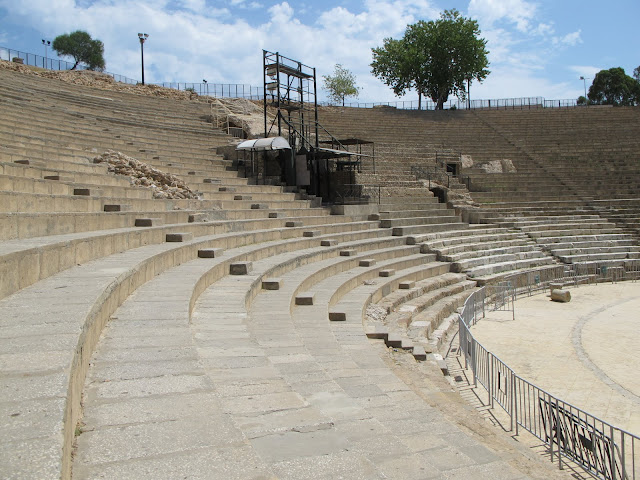 ..complete with caves for hungry lions. 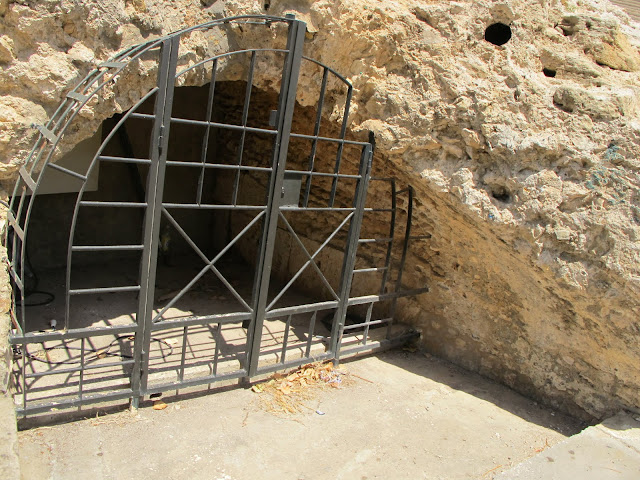 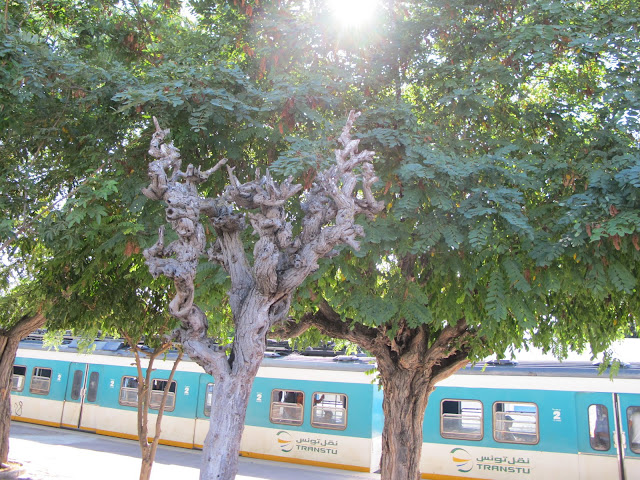 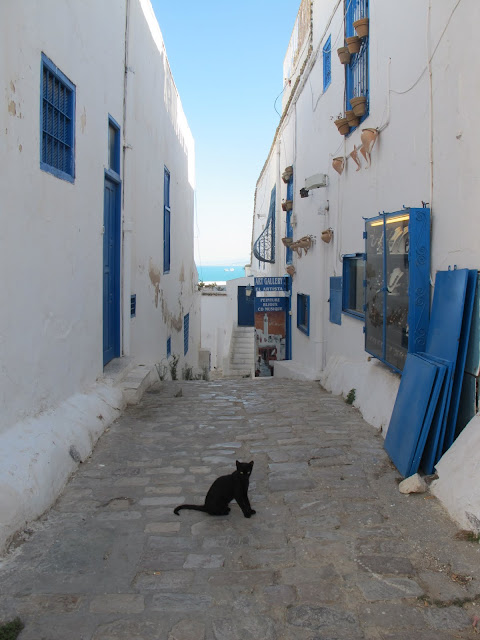 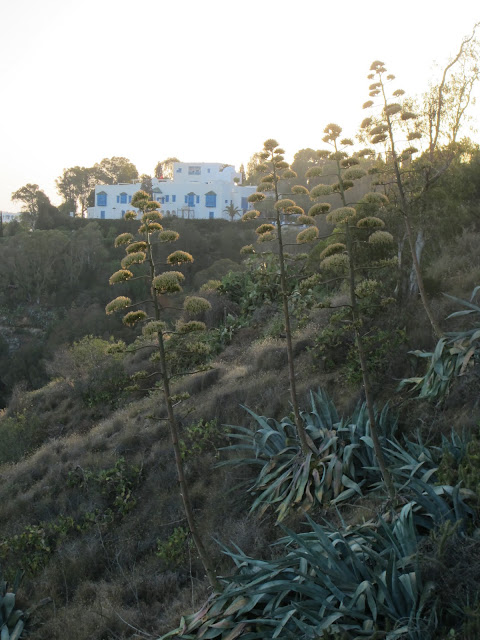 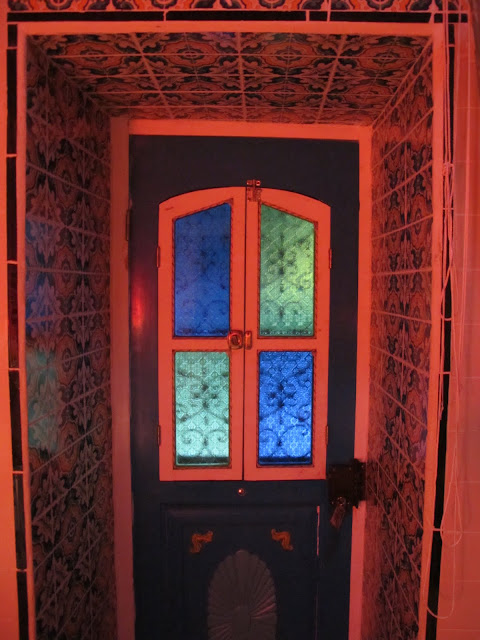 flew back to the u.k. 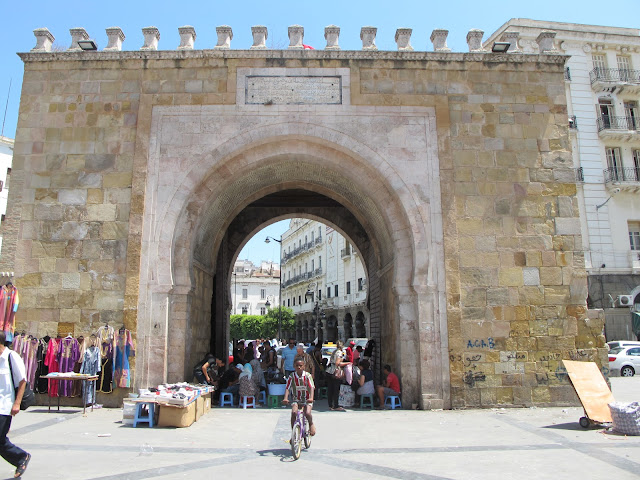 slept three hours at huseyin's, seen here displaying his lightning-quick vanity reflex, which removes his glasses when there's a camera around. 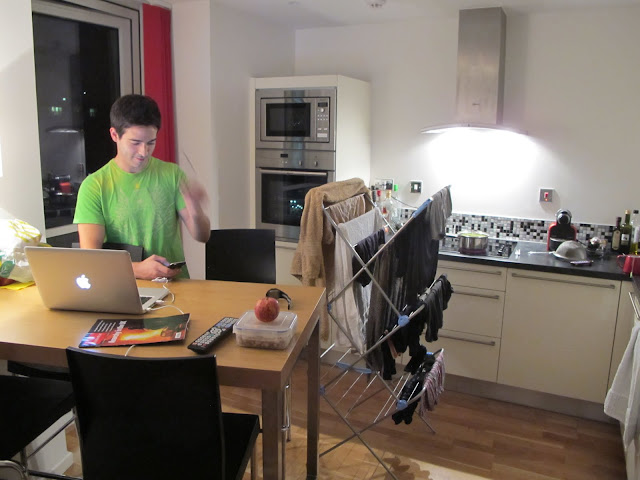 left london before the crack of dawn. 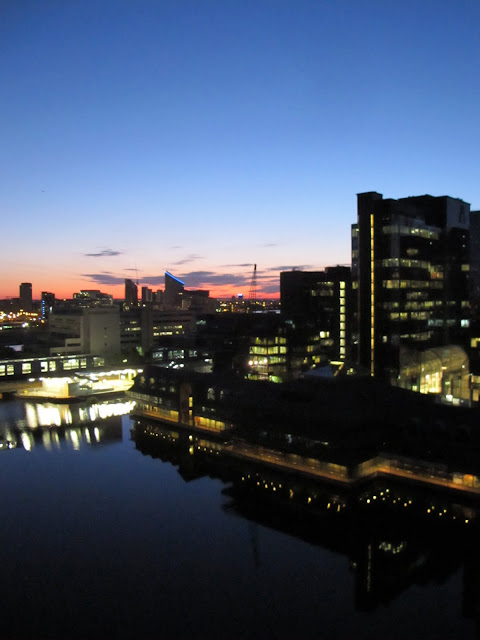 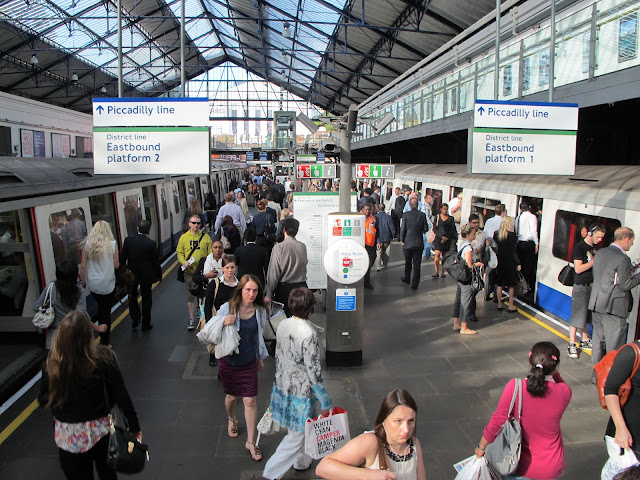 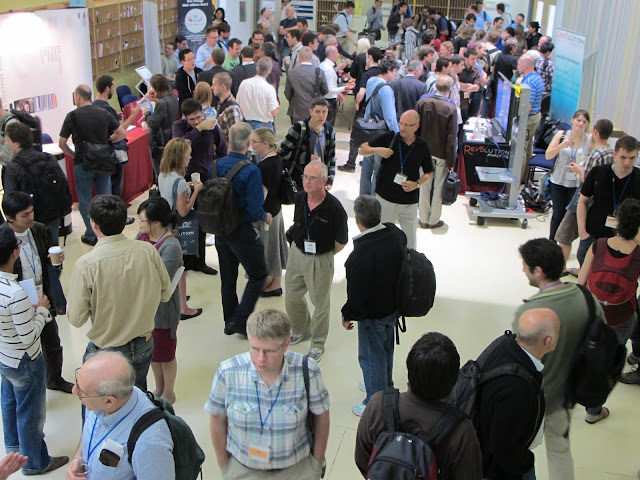 presented our poster on big survey data and limited computing resources in r. 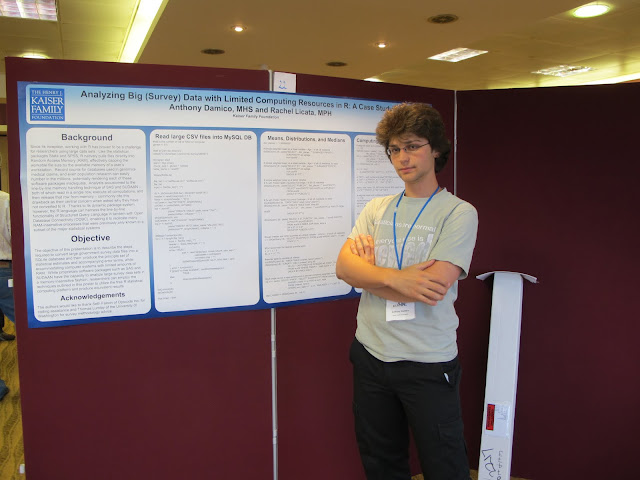 fit right in.  'a mathematician would rather build a firehouse than put out a fire.'

learned how to mine data for factors associated with a particular dependent variable.  valuable methods to quickly find associations within categorical data.  a long-term dream of ours is to use regression trees to describe the primary drivers of health care costs.

took a tutorial on emacs and the r version - emacs speaks statistics - which convinced me that i will be programming in notepad++ forever.  this programming graphical user interface most perfectly aligns with my principle of keeping hands off the mouse, but the library of shortcuts appears to require as much brain re-wiring as switching to a dvorak keyboard, which i found impossible.

decided that the most useful talk was by ulrike gromping about her work on the design of experiments.  fractional factorial designs are a tremendous tool for saving money when you want to do something better.  take an automobile assembly line: if there are ten uncertain factors (like whether to use titanium or steel for the car seats' bolts), and you want to know how much each of those ten factors cushion the collision impact on a crash test dummy, what's the best way to maximize your information from a finite number of crash tests?  even if each factor had only two options (titanium versus steel bolts), testing every possible combination of ten factors would require 1,024 experiments (two to the tenth).  instead, fractional factorial designs allow exponentially-fewer experiments while maximizing what you can learn about the effect and relative importance of each of your factors.

appreciate that this is a living, breathing programming language.  we're all working on our own r code, then sharing and updating via the r package system.  a community perpetually in beta. 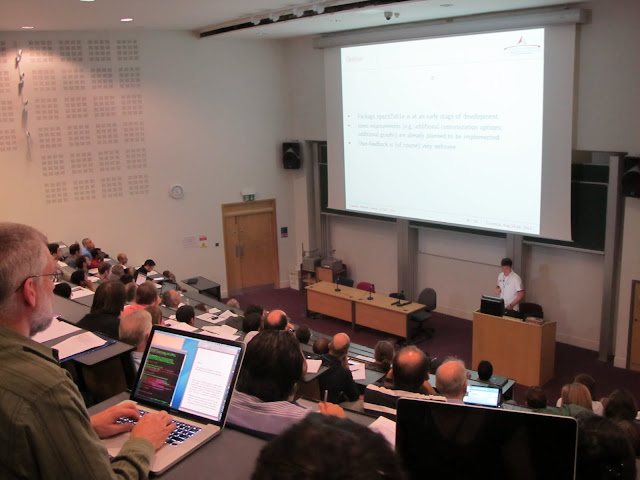 uploaded the code from our poster, as well.