found a bug in base r after cigna released its transparency data.  professor lumley focused on more consequential topics, namely bquote.  perto da praia da urca, filipe's mom can touch pao de acucar from her window.  when maite's not gripped by a story, she's listening to the party or commandeering houseboats in botafogo bay.  mountainside airplane shadow continues to amaze, just once i'd like to see the outline of a dragon 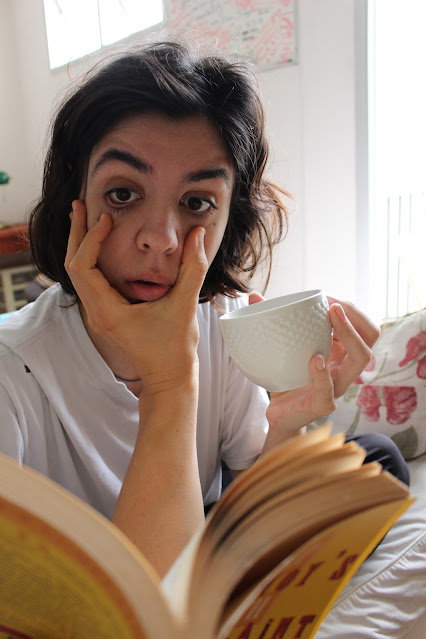 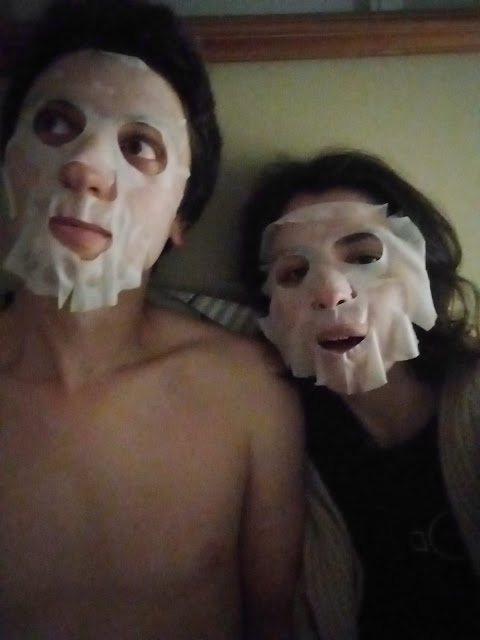 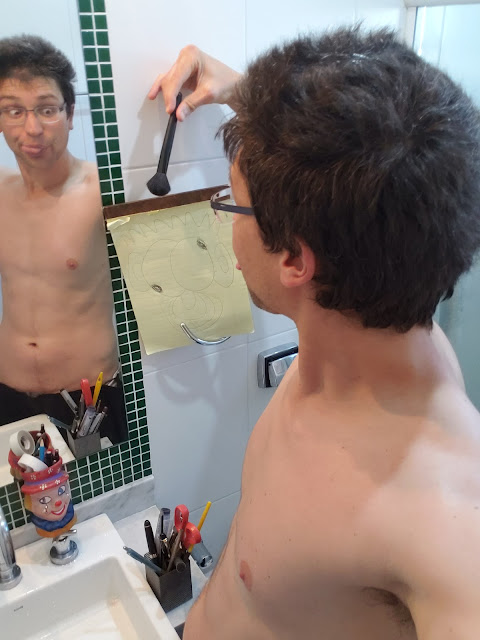 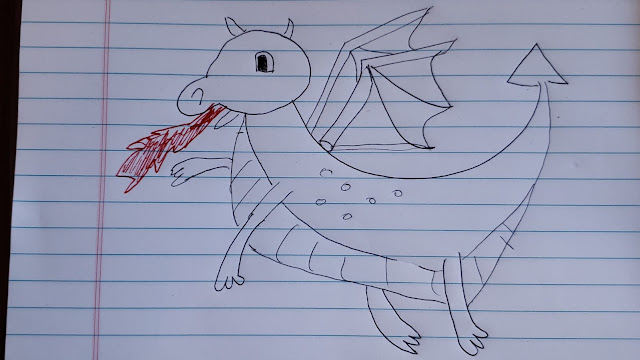 read the hero with a thousand faces by joseph campbell

among the aborigines of australia, for example, one of the principal features of the ordeal of initiation (by which the boy at puberty is cut away from the mother and inducted into the society and secret lore of the men) is the rite of circumcision.  "when a little boy of the murngin tribe is about to be circumcised, he is told by his fathers and by the old men, 'the great father snake smells your foreskin; he is calling for it.'  the boys believe this to be literally true and become extremely frightened.  usually they take refuge with their mother, mother's mother, or some other favorite female relative, for they know that the men are organized to see that they are taken to the men's ground, where the great snake is bellowing.  the women wail over the boys ceremonially; this is to keep the great snake from swallowing them"

the standard path of the mythological adventure of the hero is a magnification of the formula represented in the rites of passage: separation - initiation - return: which might be named the nuclear unit of the monomyth

the dangerous god appeared mounted on an elephant and carrying weapons in his thousand hands.  he was surrounded by his army, which extended twelve leagues before him, twelve to the right, twelve to the left, and in the rear as far as to the confines of the world; it was nine leagues high.  the protecting deities of the universe took flight, but the future buddha remained unmoved beneath the tree.  and the god then assailed him, seeking to break his concentration.
whirlwind, rocks, thunder and flame, smoking weapons with keen edges, burning coals, hot ashes, boiling mud, blistering sands and fourfold darkness, the antagonist hurled against the savoir, but the missiles were all transformed into celestial flowers and ointments by the power of guatama's ten perfections.  mara then deployed his daughters, desire, pining, and lust, surrounded by voluptuous attendants, but the mind of the great being was not distracted.  the god finally challenged his right to be sitting on the immovable spot, flung his razor-sharp discus angrily, and bid the towering host of the army to let fly at him with mountain crags.  but the future buddha only moved his hand to touch the ground with his fingertips, and thus bid the goddess earth bear witness to his right to be sitting where he was.  she did so with a hundred, a thousand, a hundred thousand roars, so that the elephant of the antagonist fell upon its knees in obeisance to the future buddha.  the army was immediately dispersed, and the gods of all the worlds scattered garlands.
having won that preliminary victory before sunset, the conqueror acquired in the first watch of the night knowledge of his previous existences, in the second watch the divine eye of omniscient vision, and in the last watch understanding of the chain of causation.  he experienced perfect enlightenment at the break of day.
this is the most important single moment in oriental mythology, a counterpart of the crucifixion of the west.  the buddha beneath the tree of enlightenment (the bo tree) and christ on holy rood (the tree of redemption) are analogous figures, incorporating an archetypal world savior, world tree motif, which is of immemorial antiquity.  many other variants of the theme will be found among the episodes to come.  the immovable spot and mount calvary are images of the world navel, or world axis.
the calling of the earth to witness is represented in traditional buddhist art by images of the buddha, sitting in the classic buddha posture, with the right hand resting on the right knee and its fingers lightly touching the ground 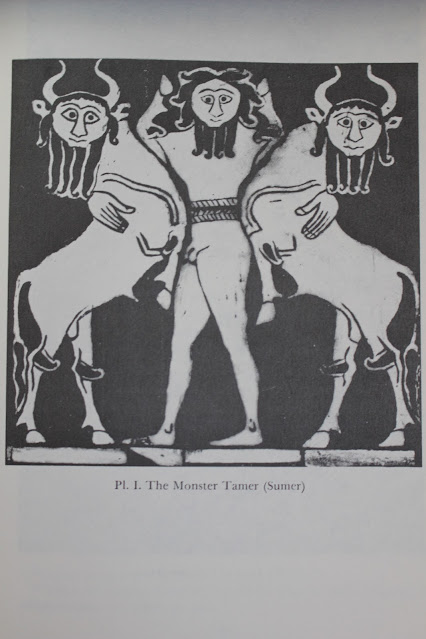 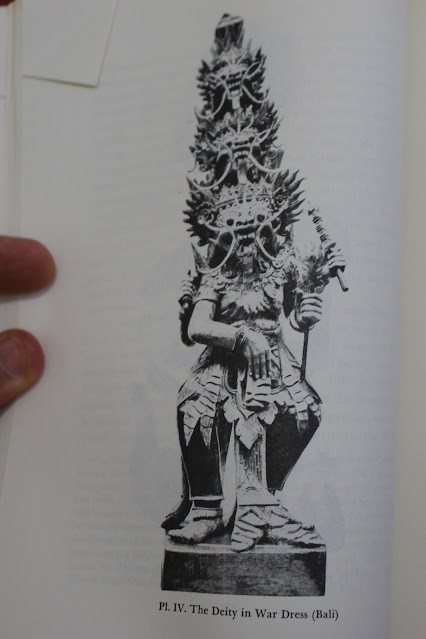 the crisis of birth


the first stage of the mythological journey - which we have designated the "call to adventure" - signifies that destiny has summoned the hero and transferred his spiritual center of gravity from within the pale of his society to a zone unknown.  this fateful region of both treasure and danger may be variously represented: as a distant land, a forest, a kingdom underground, beneath the waves, or above the sky, a secret island, lofty mountaintop, or profound dream state; but it is always a place of strangely fluid and polymorphous beings, unimaginable torments, superhuman deeds, and impossible delight


she hath wrists which, did her bangles not contain,
would run from out her sleeves in silvern rain


"the foot," writes dr. freud, "is an age-old sexual symbol which occurs even in mythology" .. the name oedipus, it should be noted, means "the swollen footed" 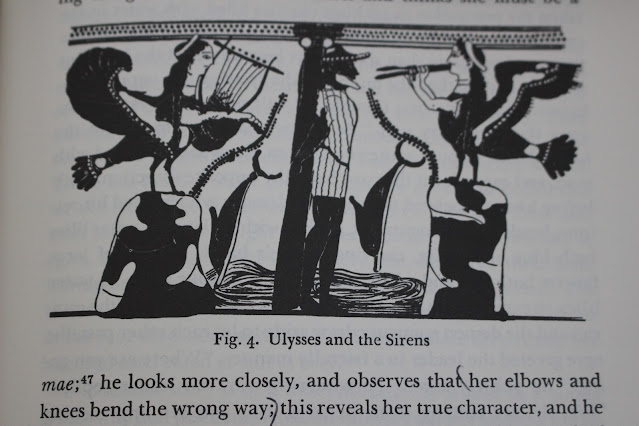 not even monastery walls, however, not even the remoteness of the desert, can defend against the female presences; for as long as the hermit's flesh clings to his bones and pulses warm, the images of life are alert to storm his mind.  saint anthony, practicising his austerities in the egyptian thebaid, was troubled by voluptuous hallucinations perpetrated by female devils attracted to his magnetic solitude.  apparitions of this order, with loins of irresistible attraction and breasts bursting to be touched, are known to all the hermit-resorts of history


the nile fled in terror to the ends of the earth and hid its head, and it is hidden yet 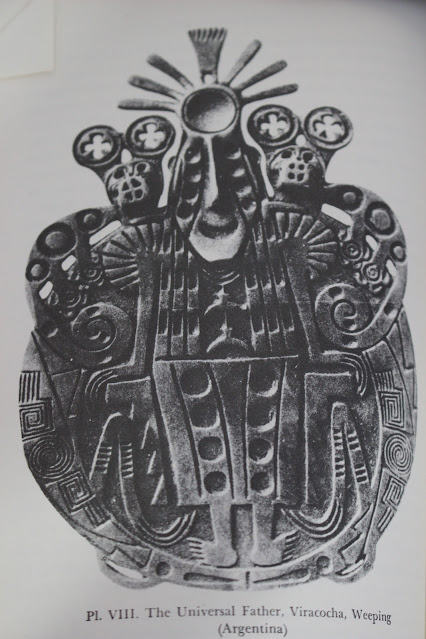 "after this lived job an hundred and forty years, and saw his sons, and his sons' sons, even four generations.  so job died, being old and full of days


hermaphrodite (the child of hermes and aphrodite)


jainism is a heterodox hindu religion (i.e., rejecting the authority of the vedas) which in its iconography reveals certain extraordinarily archaic traits 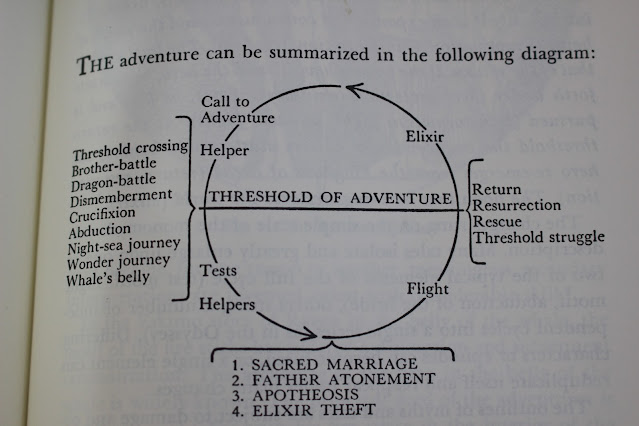 the image of the cosmic egg is known to many mythologies; it appears in the greek orphic, egyptian, finnish, buddhistic, and japanese 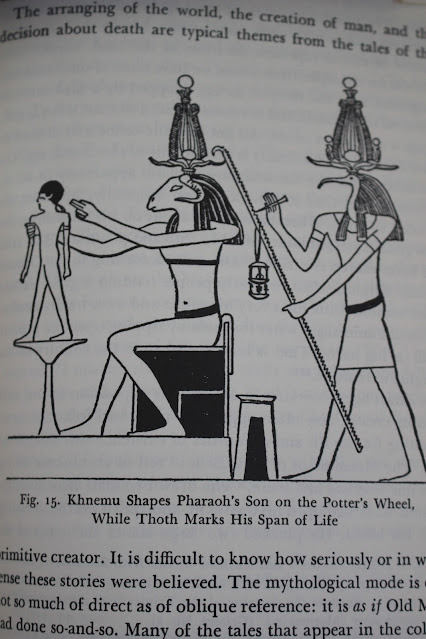 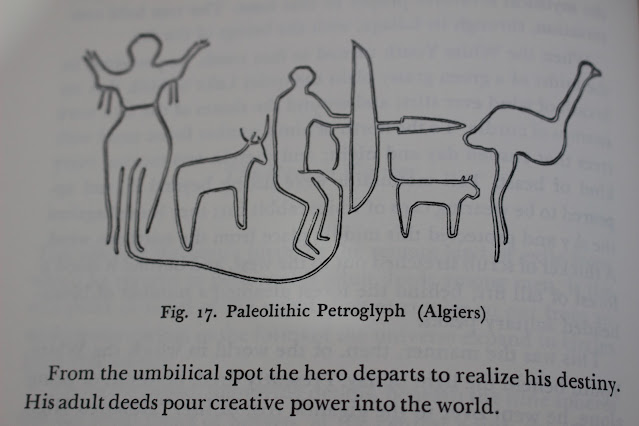 
stated in direct terms: the work of the hero is to slay the tenacious aspect of the father (dragon, tester, ogre king) and release from its ban the vital energies that will feed the universe.  "this can be done either in accordance with the father's will or against his will; he [the father] may 'choose death for his children's sake,' or it may be that the gods impose the passion upon him, making him their sacrificial victim.  these are not contradictory doctrines, but different ways of telling one and the same story; in reality, slayer and dragon, sacrificer and victim, are of one mind behind the scenes, where there is no polarity of contraries, but mortal enemies on the stage, where the everlasting war of the gods and the titans is displayed.  in any case, the dragon-father remains a pleroma, no more diminished by what he exhales than he is increased by what he repossesses.  he is the death, on whom our life depends; and to the question, 'is death one, or many?' the answer is made that 'he is one as he is there, but many as he is in his children here.'

the hero of yesterday becomes the tyrant of tomorrow, unless he crucifies himself today