want you to download this album. a band from my high school, they were 16-18 years old when this was recorded. still my favorite. just try the first song.

went to dewey beach with three female friends. they went to a bar, i built a google motion chart using our data from the consumer expenditure survey, after seeing these visualization tools presented in an hiv lecture. a wild night.

slept deeply. five hours felt like twelve, must've been the sea air. summer better than others.. 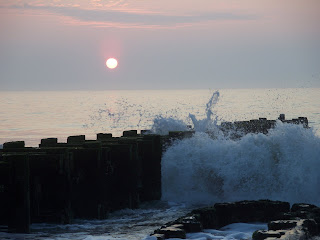 think that shark attracted enough clientele to pay for itself in one season. 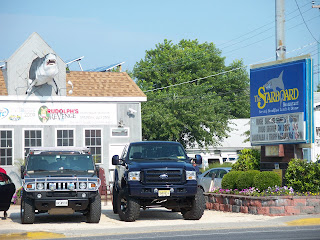 would never get a hermit crab with a designer shell, but if i would, would get this li'l buccaneer. 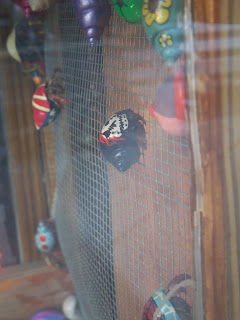 saved a few bucks with the lifehacker stranger test.

think doctors withholding treatment until patients have signed away their right to complain is unethical and unenforceable.

saw deaf theater with my dad at the kennedy center.

aim to one day be at the top of the list of google search results for anthony j. damico.

saw a cheetah and these damn ethiopian superturkeys on my morning run. endlessly appreciate the national zoo opening at 6am. cage notwithstanding, always an ego boost to run past a cheetah.

netflix instant-watched city of men, the sequel to city of god. damn good movies, albeit not the best brazillian tourism p.r.

like this ad, and have read ft longer than i've know obama.

found a second article about the battle front where my grandfather might have been captured during world war one.
"around 100,000 italian soldiers died in austrian captivity, almost one in six of those taken prisoner."
"the austrians, outnumbered two-to-one, lost only 7,300...the attacking italians 36,000"
"the war cost the italian treasury a sum equivalent to twice the entire government expenditures between 1861 and 1913."

read a review of lincoln's statements and beliefs, introduced and edited by now (fifteen-minutes-of) famous henry louis gates jr.
"the clearest measure of lincoln's racism is his dogged devotion to a plan...to send freed slaves to colombia, haiti, or liberia."

(1) "i once asked a sudanese politician to name the thing that in his eyes proved a nation was a nation. he didn't hesitate: 'the ability to make cars'."
"walking a fine line between several competing forces...on one side of obama runs a growing populist opposition to bailing out any more big companies...on the other side runs an equally powerful desire ot stop a generation-long hemorrhaging of manufacturing jobs."

(2) "karzai, the mayor of kabul."
"donations from foreign governments make up 90 percent of public expenditure."
"42 percent of the population of 25 million earns less than $1 a day."
"afghan-americans are being hired to come back as translators at a salary of $225,000. plenty of indigenous afghans speak english but they are not trusted...meanwhile the taliban are hiring unemployed young men, paying them $8 for each attack."
(2a) ft related article

(3) "the us poured $11.9 billion into pakistan...the army bought $8 billion worth of weapons for use against india."
"the mean age for a suicide bomber is now just sixteen."

(4) us prisons: "monster factories"
"the drug trade is violent because adversaries battle out such conflicts with weapons instead of lawyers...no coincidence that murder rates doubled during prohibition, and fell sharply with the repeal."

(5) "joseph stiglitz, amartya sen, james mirrlees, and robert solow wrote, 'if the world is waiting for a calm, reasonable, carefully argued approach to climate change, nick stern and his team have produced one."