cracked the survey of income & program participation. successfully ran some estimates of how many people will gain/lose medicaid eligibility over the course of a year.

got together for restaurant week. 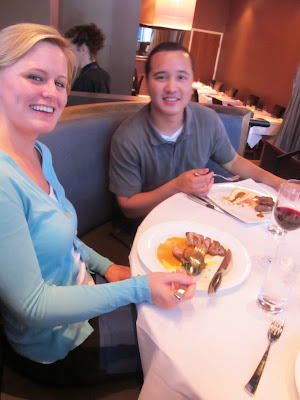 caught a didgeridoo presentation at the australian embassy.

watched a face in the crowd, andy griffith's amazing b&w movie about the eruption of power in america.

read this eye-opening article about labor unrest in the developing world - bangladeshi garment workers are fighting to increase their $43 monthly pay. this is why i consider constant travel vital, lest we forget the struggles of those we share this earth with. 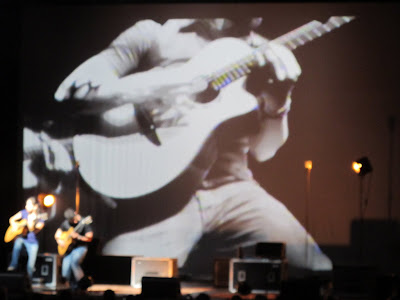 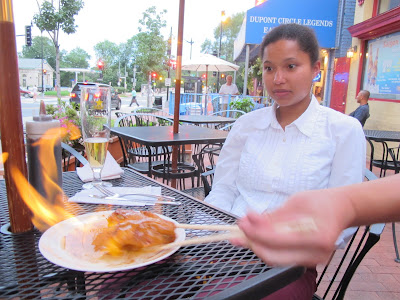 wasn't shocked by the statistics and recommendations presented in epidemic of care, co-written by the c.e.o. of kaiser permanente. unabashedly the perspective of an insurer -

premiums are merely the arithmetic sum of the cost of care

kaiser permanente of ohio has reduced chf death rates to less than half of the state average.

..he had some decent criticisms ..of our absence of standards -

we simply expect millions of independent, overworked caregivers to all somehow 'do it right'.
..of the media -

improving the safety and consistency of care..will not happen as long as the press ignores statistical quality reports and instead politicizes a subset of photogenic, anecdote-based quality issues.
- but he mentioned long waits in single-payer systems, without ever touching the term 'life expectancy' (bosnia and puerto rico have us beat, for fuck's sake) -
in britain, the government spends $1,763 in tax dollars per person per year..our government already directly spends $2,218 per person..for just the old, the poor, the disabled, and the governmentally employed.

- and he kept using the term 'medical miracles' while only briefly touching the bigger (..fatter) problem.
we significantly underpay for prevention and for managing outcomes.

think that at the point you're using robots with lasers to perform octuple-bypass surgical miracles on 400 lb. fifty year olds, the medical system has already failed. by devoting only one chapter to prevention, so has this book.